6 Simple Habits Highly Productive People does Every Day Without Fail

The Covid-19 situation in Singapore is getting better and better. Cases have been going down drastically; imported infections are now...
Read more

Everything on Why M’sia Wants to Declare an Emergency & What’ll Happen If It...

Weeks after a travel bubble across the causeway was discussed... It appears that the imaginary bubble has burst. Following a recent...
Read more

If you've ever played any of the classic Pokemon games, you would surely be familiar with Professor Oak's iconic...
Read more

Teen in China is So Tall, He Has a Special Desk & Chair Made...

Imagine being so tall that you'd never have to smell anyone's bad breath ever again. As teenagers, a lot of...
Read more

Usually, our passwords would hold something dear to our hearts or something we know. However, President Trump created a password...
Read more
Advertisements

I’m sure many of us part of the so-called common mold have always wondered this: how did phenomenally successful person do what they do… such that it landed them into the place where they were supposed to be, fulfilling all parts of their ambitions and most of all, made it seem so incredibly effortless?

For most of us, we’re still trying to figure out which direction to face and plod uncertainly towards. So, let’s figure things out together, shall we? Here, we’re bringing to you a few of the habits of the world’s most successful. 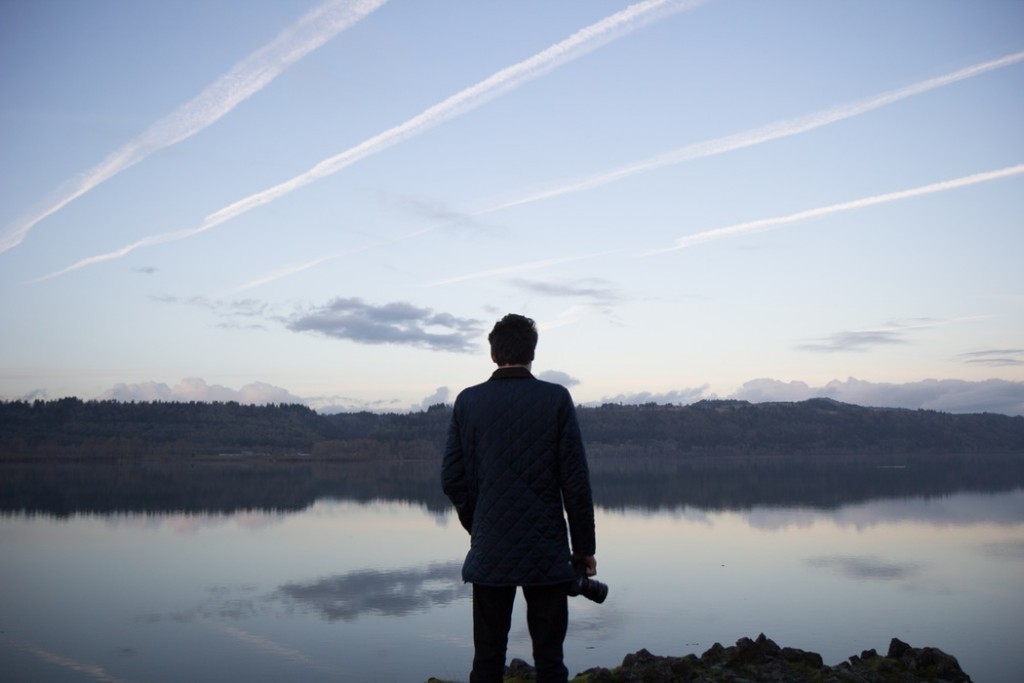 For world famous author of Harry Potter, J.K Rowling, persistence was key. She would dash to the nearest cafe and write when her daughter Jessica fell asleep. She also quickly learned to be adaptable and wrote anywhere. I’m sure most of you already know how she sketched out the idea for Harry Potter on a train from Manchester to London.

But did you know she came up with the names of most of the characters during a plane ride? So guys, when you hit up your next long haul flight, bring your work or project along. I personally found my fourteen hours from Singapore to Heathrow Airport amazingly meditative as I studied my linguistics textbook (I’m quite a mugger sometimes.)

Anyway, because Rowling learned to work anywhere, she was amazingly efficient and productive… to, obviously, great success.  Also, a fun fact — she does outlines for her books, and a sketch of it is shown below. Now you know how some chapters for Order of the Phoenix came into being. 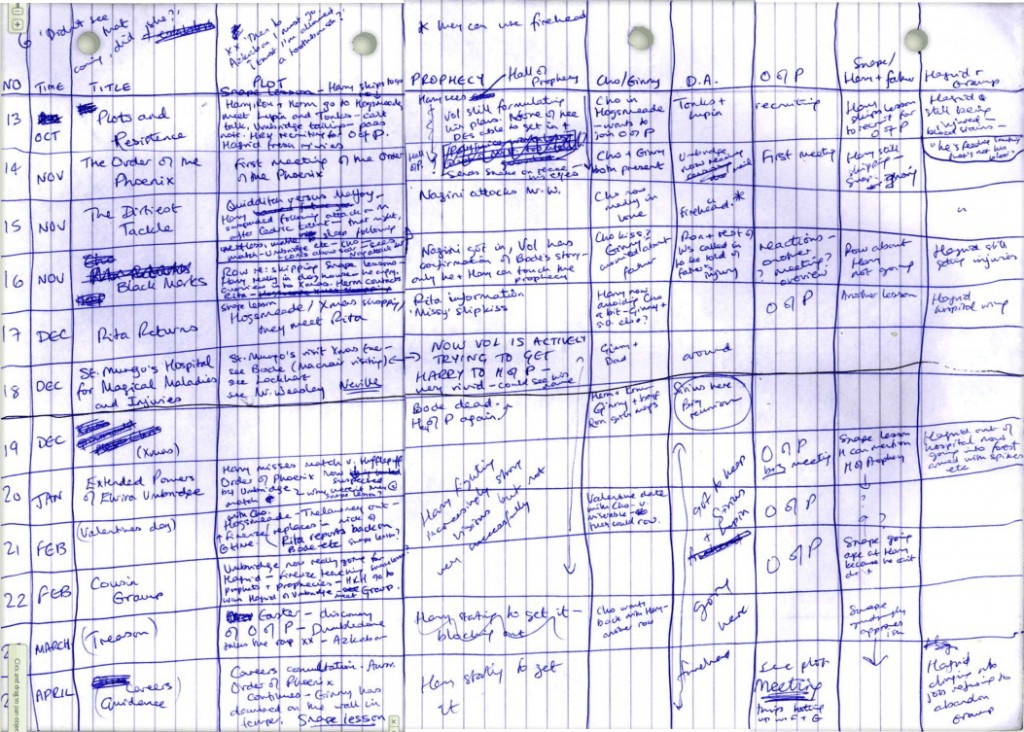 This is an easy habit to emulate especially when you think about all that free time we have on long MRT and bus rides around. If you have a brainwave that you think is beneficial, take note of it then and there. Carry along a little notebook with you to log your ideas before you forget them.

Another option would be to get a simple voice recorder or use your smartphone to note them down. This way, you’ll never miss a single thought. 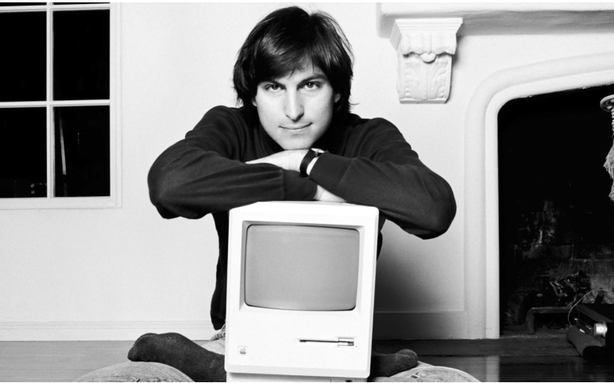 Or, more specifically, they don’t really constrain themselves into the limits of someone else’s worldview. The best person that epitomises this is none other than Steve Jobs, the CEO and founder of Apple.

As testament to how successful he is, imagine me – tapping away on the amazingly sleek keys of the Apple MacBook Pro, listening to my lime green Apple iPod with the Apple earphones (I’m not really an audiophile, so it doesn’t really bother me), and periodically checking my progress on Tap Titans on my Apple iPhone. Yep. And I can guarantee about seven other people in my office doing the same thing.

Anyway, here’s what he said – “Your time is limited, so don’t waste it living someone else’s life. Don’t be trapped by dogma, which is living with the results of other people’s thinking. Don’t let the noise of others’ opinions drown out your own inner voice, heart and intuition. They somehow already know what you truly want to become.”

So go ahead and do what works best for YOU, because nobody else is going to help you achieve your dream of being successful.

Well… unless you’re a Kardashian of course.

They stick to their quirks that help their work.

Maria Popova: The phenomenal one woman effort behind Brain Pickings, an highly influential and meaningful curation of the best content from the web and beyond. Because working away at a typified desk is way too boring, she works while standing on a wobble board, moving from one feet to another as she does full-fledged research, or just doing her writing. Wow.

Even as quirky as it may sound, it’s crucial to help her stay in focus, be more productive, and hence be better at what she does!

This is a wobble board. 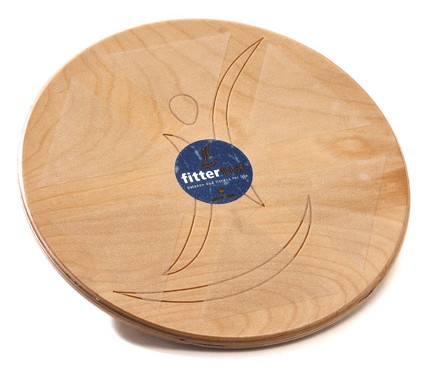 I find that it’s a really great way to stay fit, especially if your work is by nature highly sedentary. From personal experience – because I work pretty long hours as an intern – hours of inactivity made me restless and pretty unproductive, not good for me OR my company!

So I bought a really cheap bike off the deal site, Lazada, and use it to ride around for a bit to feel slightly human again.

A 34YO "old-virgin" S'porean was desperately looking for a boyfriend and surprisingly, she really found one online. But the intentions of the man will make you cry. Prepare tissue paper to watch this video based on real events:

And yep, as always, exercise has been proven to do wonders for your creativity and productivity. So combining the two – exercise AND work – is a rather genius idea.

They are early birds

As I was researching for this article, I’ve read dozens of success tips and stories – and one thing consistently stood out. Most successful people start their day early. They wake up early, do things like having an all-vegan breakfast, hitting the gym, scheduling tweets and emails – all before 6am.

Starbucks CEO Howard Schultz is one of them – he works out, makes (Starbucks, probably) coffee, makes breakfast, walks his three dogs – and he manages to get to his office by 6, a time where most of us are still happily drooling away in dreamland.

Of course, most of us aren’t really morning people, so this habit is actually quite hard to hone if you are the type to hit the snooze button 10 times before you finally give in to it. However, an early start to the day is the best way to jump-start your productivity and get as much work done as early as possible.

Try rising at least half and hour earlier each day and just see how much you will be able to accomplish and what doors will be open to you with just a few extra hours in your day. And if you think that your phone alarm won’t suffice in getting you out of bed, grab a Clocky. 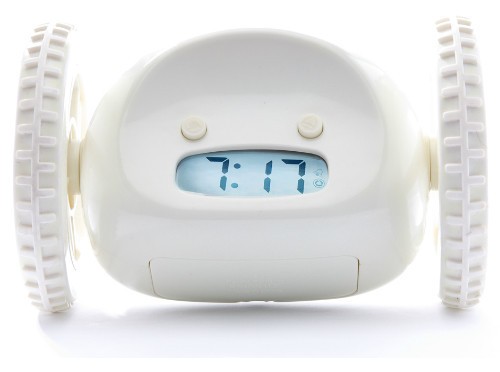 Don’t laugh at this tool’s silly name, it actually is a dastardly powerful and effective device that some sadistic madman had the genius to invent.

It an alarm clock that rolls away when it rings so you actually forced to get out of bed and look for it. It might piss you off, but it will definitely help you be an early riser.

Get yourself your very own Clocky from HipVan 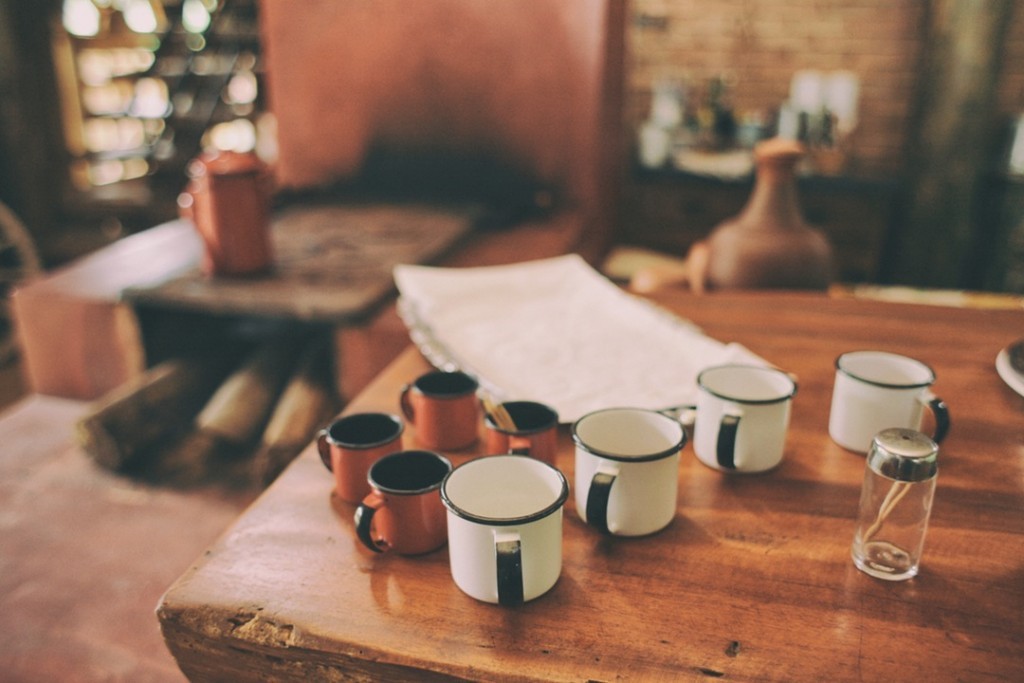 It’s actually fairly important to have other interests – it allows you to clear your head space and keeps you more grounded after a long hazy day of putting in your work. So pick up something you like!

For example, George W. Bush is an avid painter, Meryl Streep knits, Warren Buffett plays the ukulele, and so on and so forth. Keep up your old hobbies or find new ones to keep you grounded.

As for me, I love doing yoga in my free time. I may not be successful but it sure does help me keep a good head on my shoulders when I feel overrun with work. Hey, and I’m not alone; Manisha Thakor, founder of MoneyZen Wealth Management cites yoga to be “one of the most life-enhancing practices” she has ever experience. Go figure. I recommend finding new activities to get involved in on sites like Groupon. Kiteboarding anyone?

Click here to view the various activities and find a new hobby on Groupon.

Even if your schedule is crazy packed, there are always opportunities to find some fun in your day. Do it like how billionaire Elon Musk does. The entrepreneur is a passionate reader and despite the fact that he is always on the go, he finds time in between to read up his favourite sci-fi novels or historic biographies on an unlikely tool: his iPhone. Okay, an iPhone may not be the best tool to read an e-book.

Go old school with books from the NLB or invest in a Kindle. They aren’t that expensive, you can easily get one under RM 295 and you always have a good read you can indulge in while commuting or during lunch breaks! Find an affordable Kindle here

Taking time off is actually of immense importance to your success – it’s kinda like mugging. It’s no good mugging without rest. Carve out some you time to do whatever you enjoy the most!

nce you’re here, why not watch a video about an NTU student who went all out to impress his crush, only to end up in…tragedy? Here, watch it and do remember to share it (and also subscribe to Goody Feed YouTube channel)!

ShopBack.my gives you up to 50% Cashback when you shop online for Fashion, Holidays, Electronics and more at over 500 stores!

The Shameful (and Real) Reason Why S’poreans Don’t Use Chinese
06:41

How Social Media Addiction Works in 2020 (The Social Dilemma Simplified for You)
08:54

Why Mosquitoes Bite Some People But Not Others (Based on Science!)
04:22

How Do Microwave Ovens Work? Is Microwave Radiation Dangerous?
07:01

How TikTok Really Brainwashed You to Watch More Videos (Why is TikTok so Popular)
08:22

The Real Danger of Using Telegram App Instead of WhatsApp (Why It Grows So Fast?)
07:16