Despite being a country with severe scarcity of land, it is pretty amazing to find that there are quite a lot of abandoned places that still exist in Singapore. Fancy yourself the adventurous explorer? Want to take some urban shots for Instagram? Here are 7 abandoned places in Singapore for you to discover!

Fair warning, some of the mentioned places have become restricted or may not be structurally sound, so explore them at your own risk. ShopBack will not be held liable if you get injured or arrested or possessed (or basically if anything happens to you because who knows with these things).

This piece of land was purchased by the Bruneian government, which then built a hostel on it. The hostel was used to house students that came from Brunei to Singapore for their studies. 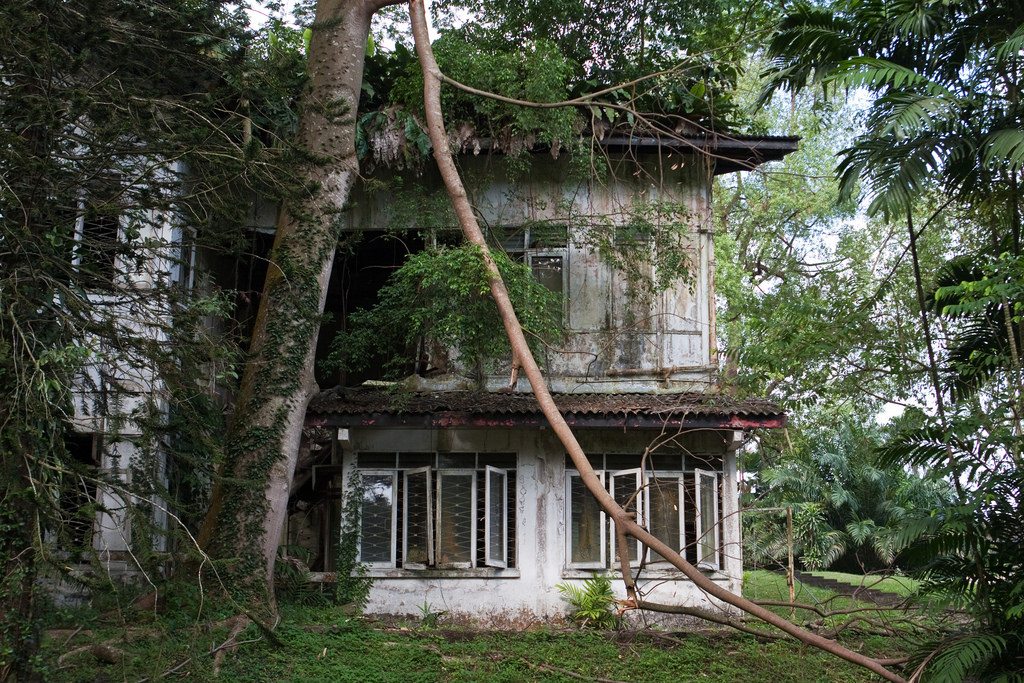 Once Brunei scaled up their own education system in the eighties to accommodate more students, fewer of them came over to Singapore and soon the hostel became abandoned. The property is still owned by the Brunei Consulate located near the hostel.

Old Changi Hospital is arguably the most popular haunted spot in Singapore. It’s acquired myth-status after all the story-telling sessions at class chalets of ghostly sightings and friends who dared each other to explore the abandoned grounds together.

It was built in 1935 by the British for their military, then acquired by the Japanese during World War 2 and used as a POW medical facility. The hospital was eventually used by the Singapore military after the war ended and the decolonisation of Singapore from the British empire. In 1997, it was finally abandoned.

The place has become a restricted area and is fenced up with security cameras. If you do not want to risk going in and getting caught, you can still get a glimpse of it from the road.

Located on a hill near Holland Road and Tyersall Road, this amazing house was previously owned by a Johor Sultan. However, it has since been abandoned and is falling into disrepair, making it dangerous to enter and prompting authorities to bar visitors from entering.

This huge and abandoned water tank sits amongst the trees, between two colonial-style houses at Portsdown Road. Most would describe the structure similar to that of a UFO.

Climb the water tank at your own risk- the ladder is old and rusty!

If you’ve served in the Singapore army, you’ve probably seen, heard or been past this abandoned estate of flats.

The armed forces use this place for urban operations training, but with the new urban training ground being constructed, Neo Tiew Estate is going to be truly abandoned once more.

This reservoir was recently discovered in 2014 within the forest of Mount Faber. The reservoir took formation near an old swimming pool that has now become a part of the water body. This hidden reservoir dates back to 1905.

A Shinto shrine built by the Japanese during World War 2 to commemorate their soldiers who died in the conquest for Singapore. It was destroyed when the British came to re-occupy Singapore at the end of the war, with its abandoned ruins still standing deep in the forest of MacRitchie Reservoir.

Remember to bring your insect repellent if you’re planning to explore it!

Such places serve as hidden gems of Singapore, giving us memories of the past and stories to share with friends and family. Why not make your own stories to tell? Explore these abandoned places (those that aren’t illegal to access) before they become truly lost in history.

Advertisements
1.1k
SHARES
ShareWhatsAppTweet
EmailLinkedinSkypeReddit
This Singapore love story set in the 90s shows you why you should never wait for tomorrow. Watch it without crying: