As the ongoing epidemic ravages Earth in truly horrendous fashion, one single, burning question has continued to dwell on the finest of minds:

How, for Aunt Matilda’s sake, do we tell whether an egg has gone bad or not?

After all, a rotten egg is so much more than a wasted sunny side-up;

It’s a moment of loss, an epiphany of tragedy.

And that’s precisely why we have drafted up this article;

It’s so that you, the reader, will never have to suffer the agony of cracking open a rotten egg… ever again.

And what better way to circumvent that particular feeling of utter misery, than one simple trick to rule them all?

Without further ado, let’s find out.

The egg water test is a classic, and you’ll understand why. To try it out, simply fill a glass or bowl with cold water and submerge the eggs.

If the eggs go all the way to the bottom and end up lying flat on their side, they’re ascertained to be fresh.

If they sink but somehow manage to stand on one end at the bottom of the container, they’re deemed to be edible. Not as fresh, but still edible.

And last but not least, eggs that float right back to the top should be thrown right out of the window.

Just kidding, dispose of them in your plastic bag because the stench will be utterly unbearable otherwise.

Lest you’re wondering, there’s science behind the test: eggshells are semipermeable, which means that air can actually get through. So the older an egg is, the more air is able to penetrate its shell. And when it ends up floating, you’ll know that the egg will have been long gone…

Now, the egg water test might be terrifically efficient at doing its job, but the question begets;

What if you don’t have the time to go about such a scientific-sounding experiment?

Well, worry not because we still have three tricks left for your perusal.

All pretty convenient ones, I may mention.

While not as reliable, the shaking method does have its believers.

Simply hold an egg up to your ear and shake it: if you can hear liquid swishing around inside, you’ll know that it has gone bad.

On the other hand, silence would normally equate to a positive result. According to sources, the sloshing sound commonly indicates an old, watery yolk.

Out of usable bowls or glasses? Feel so lethargic that you don’t have the energy to shake anything?

Well, you still have your nose.

When cracked, eggs should emit a neutral odour. They should not, in any scenario, give off a smell such as sulfuric, gassy or even sour notes.

If it smells bad, you’re well-advised to throw it in the litter bin… pronto.

Still uncertain of whether the egg you’re holding is a decent one or one that’s capable of causing a nuclear explosion?

Well, it’s time to put it to the test… on the pan.

Crack the egg onto a flat surface, and observe the yolk and egg white. If the egg is fresh, the egg white will be slightly stiff, and will kind of sit up around the yolk. On the other hand, the white of a not-so-fresh egg will tend to be flatter and spread out.

And there you have it folks; we have provided not one, not two, but four convenient ways for you to ascertain the quality of your egg. And not so sweat, because…

Nothing but the best for you.

If you love eggs, you need to watch this video whereby we debunk egg myths (please also subscribe to our YouTube channel, please): 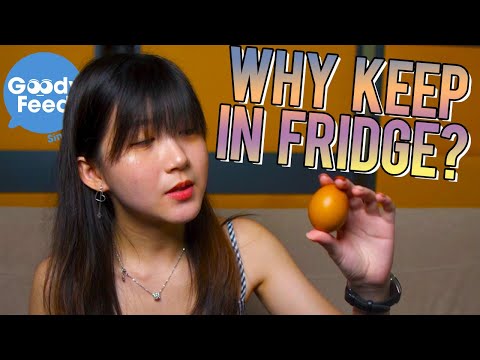