It’s an exciting time for console gaming in 2018. With the revitalization of Nintendo brought about the success of the Nintendo Switch, competition is good and healthy again. If you are in the market for a video game console, there are three main options from Sony, Microsoft, and Nintendo you can consider.

As such, all three of the Sony PS4, Microsoft Xbox, and the Nintendo Switch offer varied and compelling gaming experiences. Each of these video game consoles has their own unique list of pros and cons that will make the system better or worse for some. The Xbox One X, for example, is a graphical powerhouse that works seamlessly with Windows 10. The PS4 Pro, on the other hand, is a slightly less powerful platform that is easy to use and offers up a unique add-on in the form of the PlayStation VR. Although the Nintendo Switch is nowhere near as powerful as the Xbox and PlayStation, it more than makes up for it with its creative hardware.

So which console should you get? The answer is not simple but we will try our best to answer this by providing an evaluation of the PS4 Slim and  PS4 Pro, Xbox One S and Xbox One X and the Nintendo Switch. 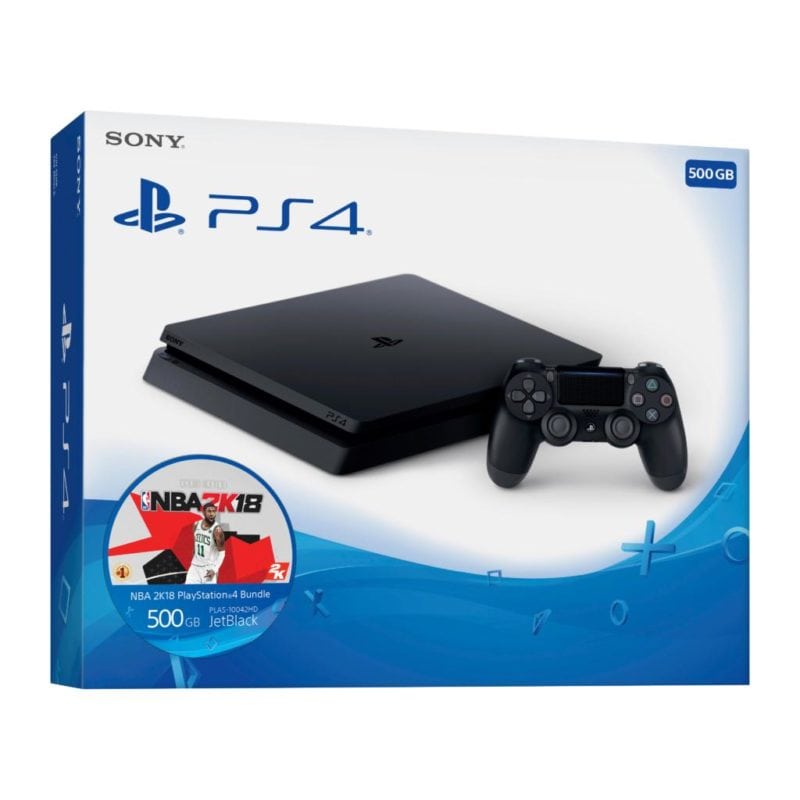 First up on this list is The PlayStation 4, which according to sales figures is the best selling console out of the three. Currently, Sony offers two different models: The PS4 Slim and The PS4 Pro. Retailing at about SGD349, the slim is the slimmer previous gen variant of the PS4 that comes with either 500GB or 1TB of storage space. Weighing in at 2.1kg, its dimensions are 265 x 39 x 288mm. In addition, the console comes with a built-in Blu-Ray and DVD player. Aside from the tech specs, Sony’s PS4 has an attractive game library with many AAA exclusives. This includes massive AAA exclusives such as God of War 2018, the Uncharted series, Horizon Zero Dawn, Detroit: Become Human and more. In addition to these exclusives, Sony provides support for lesser known indie titles as well.

What differentiates Sony apart from Microsoft and Nintendo is it’s PlayStation VR system which allows you to access VR games and content. Retailing for about SGD449, this VR system add-on is a more affordable way to get into VR. However, the PS4 slim is not perfect. The console does not support 4K gaming or video, does not play UHD Blu-ray and their controllers have less than ideal battery life.

The PS4 slim is a great option for those who do not want to spend too much money on a game console and do not own a 4K TV. Getting this console will allow you access to Sony’s library of exclusives and Playstation VR if you chose to purchase the add-on.

If budget is not a big concern, you can consider getting a PS4 Pro which retails from about SGD600 on Lazada. Coming in at 3.3kg its dimensions are 275 mm wide by 53 mm high by 305 mm. The Pro is a good 1.2kg heavier and physically its dimensions are bigger than the PS4 Slim. However, the added heft comes with added horsepower as the Pro can play games in 4K. This is achieved through an upscaling process called checkerboard rendering which is technically not true 4K, However, you’ll be hard-pressed to find the difference. If you chose to get the Pro, it will also provide a smoother PlayStation VR experience as well.

Availability: The PS4 Slim and PS4 Pro can be found on Lazda. Furthermore, get Lazada discount codes and up to 11% additional cashback when you shop on Lazada via ShopBack.

2. Microsoft Xbox One S and Xbox One X 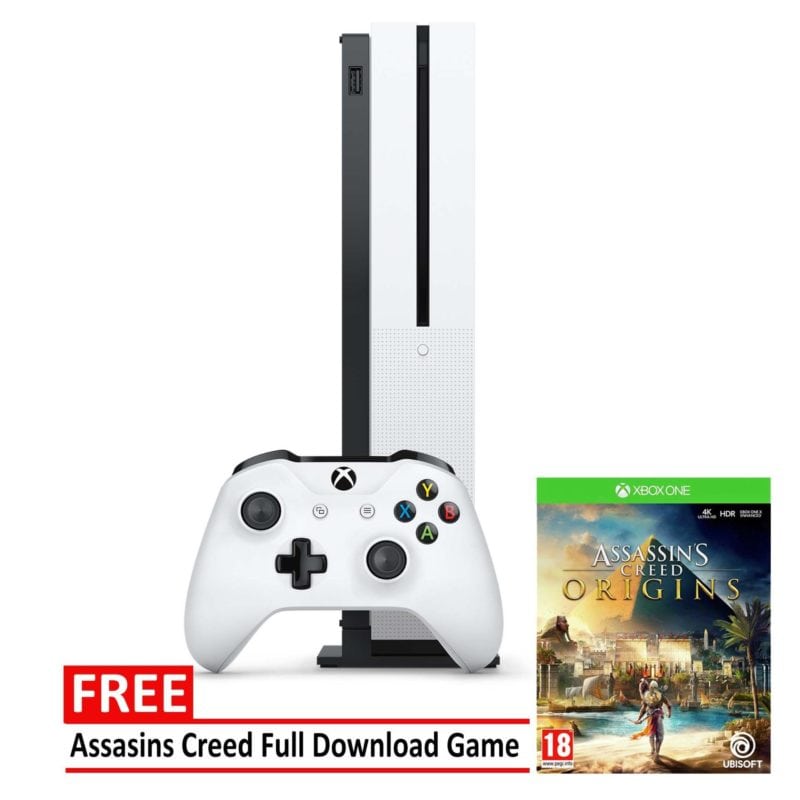 Alternatively, you can consider the Microsoft Xbox which offers a similar experience to the PS4. What sets the Xbox apart, however, is its integration with Windows 10 on your PC. This is done through Microsoft’s Play Anywhere program which has two key feature. First, titles under this program allow you to play with your friends on the PC. Secondly, titles under this program can be played on both Windows 10 and Xbox at no added cost. High profile games on this list included hits like Gears of War 4, Cuphead and Forza Motorsport 7. A full list of these games can be found here. In addition to Play Anywhere, Microsoft has its own propriety streaming service called Mixer which allows you to live stream easily.

The Xbox One S console itself is the less powerful base version which can be had for SGD295 on Lazada. Weighing in at 2.9kg, its dimensions are 295mm x 300mm x 64mm. On paper, the Xbox One S is a better multimedia device in comparison to the PS4 as it plays 4K Blu-Rays, stream 4K HDR content from Netflix and other content providers. In addition, the Xbox One S has backward compatibility; allowing you to play Xbox 360 games. The great Xbox One controller which has better battery life than the PS4 controller is another plus point. However, there is no option of VR on the Xbox One S and it’s graphically inferior to the PS4 slim. 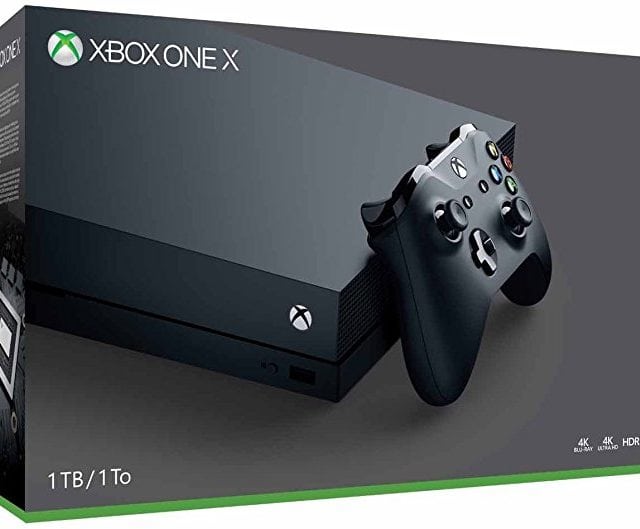 To get the full Xbox experience, you might want to get the Xbox One X which comes in at about SGD500 on Lazada. This is Microsoft’s mid-generational update that is graphically more powerful than the PS4 Pro. However, you pay a premium for this as the Xbox One X 1TB goes for about SGD700 on Lazada. This console can run games in true 4K making it a powerhouse amongst consoles.

Thus, you should get this if you are invested in the Microsoft ecosystem and the idea of having the most powerful console that can work well with your 4K TV appeals to you.

Availability: The Xbox One S and Xbox One X can be found on Lazda. Furthermore, get Lazada discount codes and up to 11% additional Cashback when you shop on Lazada via ShopBack.

As far as game consoles go, few can match the Nintendo Switch in terms of innovation. Launched in March 2017, the Switch can be hooked up to a TV in its docked mode in 1080p or can be brought on the go in its portable mode on 720p. Instead of going down the realistic Triple-A blockbuster title route, the Switch banks on nostalgia and creative gameplay. Although it is nowhere near as powerful as the base models for the Xbox One S and the PS4 Slim and does not support 4K; the Switch still holds its own.

This is achieved through its innovative hardware which ranges from its Joycon controllers and its unrivaled portability. In addition, the Switch has a fantastic game library with gems such as Breath of The Wild and indie titles such as Stardew Valley. Moreover, The switch itself is also a great console for parties with games like Mario Kart 8 Deluxe, Super Bomberman R and Overcooked: Special Edition.

Nothing showcases this better than the Nintendo Labo; a gaming and construction add-on made of cardboard. Here is a video showcasing this ingenious add-on.

Availability: The 3 game Nintendo Switch bundle is available on Lazada for around $629 SGD. Do follow the link for discounts, coupons, and up to 11% cashback on your purchase.

Now that you have a better idea of what the consoles offer, I hope that you have an easier time deciding on what console to get. Plus, let us know in the comments what game you are looking forward to in 2018!