“Catching” games are the LAN gaming of the pre-internet days where all that’s needed is a little bit of space, good friends and bucket loads of youthful hyperactivity. Through these games, various enduring traditions were created such as the “Lom Cham Pas” and the “Oh Ya Peh Ya Som” – simple ways of drawing lots to determine who becomes the “Catcher”. 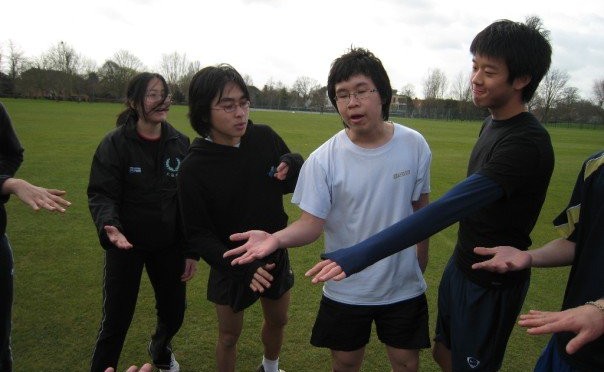 Let’s take a walk down memory lane as I list-down the various Catching games where countless knees have been scraped, friendships have been made (and temporarily ended) and bemused policemen have been called in to put a stop to all that ruckus!

Also known simply as “Catching”, this is the most basic of the lot – it is essentially a game of tag.

Void decks, HDB Blocks, schools, parks and playgrounds. It can be played anywhere, really – but the most ideal places are expansive and come equipped with obstacles such as pillars or walls where players can juke and jive away from the Catcher. 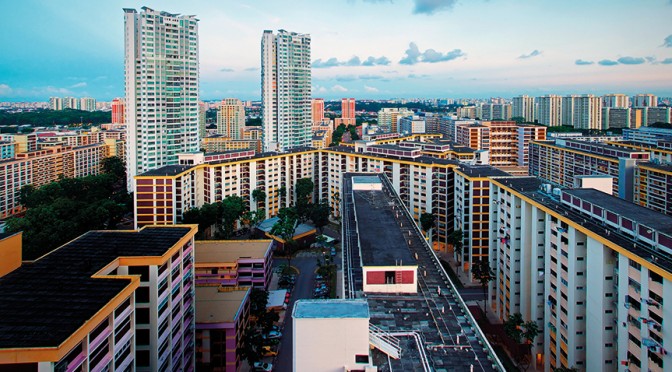 The world is your playground!

Once the Catcher catches someone, that person now swaps roles with the Catcher. Popular ways to jazz up the game is to introduce additional clauses such as ‘No revenge’ and ‘House’.

It’s basically Catching but with eyes closed. This game however, frequently fall victim to cheating by an overzealous “Blind Mouse” – unless you are blessed with extra-sensory powers, we don’t see how someone with their eyes closed can home in on a moving target like a heat-seeking missile.

Playgrounds and homes. Safety has to be taken into consideration. The more brazen amongst us prefer playgrounds that offer plenty of climbing opportunities. 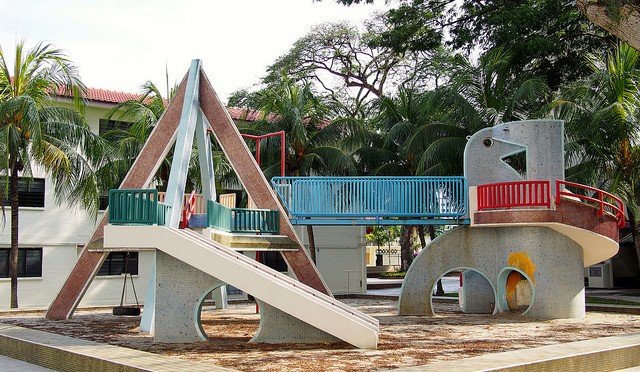 The Blind Mouse’s objective is to tag another player all while keeping their eyes closed –a piece of fabric may be used to prevent cheating usually in the form of someone’s tshirt. To add a sense of thrill and danger (gasp!), the brazen amongst us would add “The floor is lava” rule to the game so climbing is the only way to stay elusive.

A childhood staple around the world. If you’ve never tried a hand at this game then I’m sorry to have to say this but there is a term for people like you, “No childhood!”

Highly regarded places come equipped with lots of nooks and crannies for you to cram yourself in e.g. homes, community centres, HDB flats and schools.

Creativity is the key to this game. After the seeker is chosen, all the other participants disperse to try and make themselves scarce. Hiding places include discarded washing machines, drains, dumping stations – it’s all fair game! A good way to get the seeker all flustered when playing in a HDB Block is to hide in someone’s home where the seeker has no access to – play cheat! 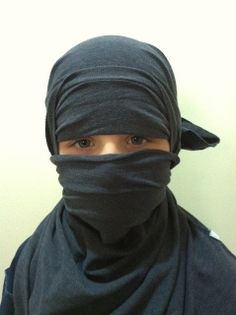 The Ninja Shirt Mask: Instantly decreases your chance of detection by 300% (citation needed).

The Ali Pom variant adds another dimension to the game through the introduction of a game prop in the form of a football. The seeker(s) will have to shout “POM!” and then the person’s name upon spotting a player which will then spark off a mad race usually accompanied by frantic screams to get to the ball – for a successful ‘catch’ the seeker will have to get to the ball first. Players can save a caught player by kicking the ball away from its station.

Ah, the dreaded Iceman – the source of countless tears and tantrums. Kids love and love to hate this game. The game usually ends with the Iceman breaking down in tears or storming off – rarely through successful completion. Well it’s a pretty fun game…if you’re fortunate enough to not get picked as the Iceman. 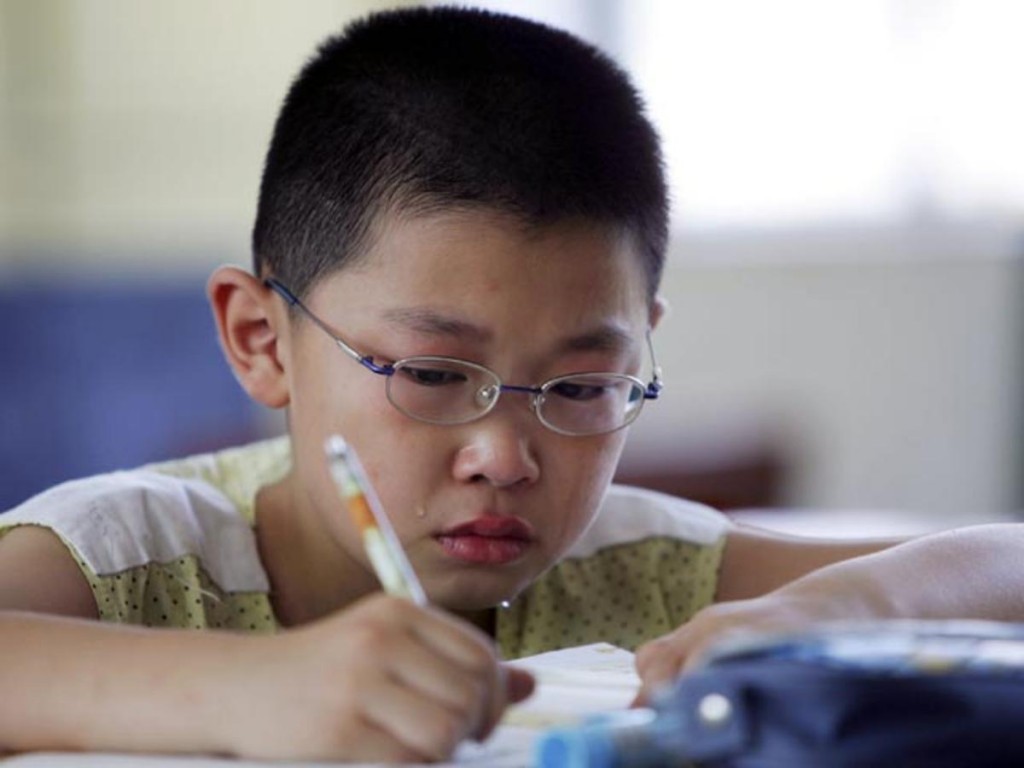 “Dear diary, today I was ‘Catcher’ for 8 hours straight….”

Playgrounds, void decks and parks. If you’re a kind friend, then perhaps limiting the size of the venue would make it easier on the Iceman.

The Iceman’s objective is to “freeze” a player by tagging him. A player can “unfreeze” another player by tagging the frozen player. The game is then complete once all the players are frozen (good luck with that) or the Iceman throws a tantrum and runs home.

Also known as Cops and Robbers, this is a team game  that requires lots of coordination and bravado. Sometimes the game devolves into a real life police and thieves –  with real police –  when kids forget to keep the noise level down.

All that’s needed is a place to mark as the “Jail” and you’re good to go! Size is not a factor since it is a team game.

A struggle between two opposing force – the police’s objective is to imprison all the thieves while the thieves try to save any captured brethren while evading capture themselves. It is common practice for the police to crowd around the prison rendering rescue impossible – so sometimes rules are set in place to prevent that. Guile is often employed as thieves look to distract the ‘Prison Guards’ to rescue captured thieves.

Pepsi-Cola is part Kung-Fu and part turn-based strategy. This is a highly tactical game where quick wits and even quicker reaction wins you the game. Be sure to keep an eye out for flashy Wong Fei Hung-esque display of athleticism.

Playgrounds and void decks. Places with clear boundaries are recommended to ensure no one strays too far away from the action.

To determine who goes first, players all shout “Pepsi Cola, 1, 2, 3!” and then the first one to raise their hands after goes first. Players are given a set number of moves on their turn (usually 3) to manoeuvre around and tag a player’s feet using only their feet – but be sure to nail your target because sometimes a rule is included where a  counter-attack is allowed upon an unsuccessful  attempt. Winner is the last player standing.

A popular tweak is the inclusion of multiple ‘lives’ so getting nailed lets you still stay in the game – until you run out of ‘lives’ that is.

No Revenge – A catcher is not allowed to take revenge on the last person who tagged him/her.

House – A safe house where a player is safe from being tagged.

The Floor is Lava – Putting your feet on the floor automatically penalizes the player.

ShopBack.sg gives you up to 50% Cashback when you shop online for Fashion, Holidays, Electronics and more at over 500 stores!