Being busy Singaporeans, it is not surprising for most families to engage in the service of domestic helpers (or what we call, maids) to help them lessen the loads of household chores and the taking care of children and elderly.

However, do be careful of who you employ, do not put your family into the hands of black magic like how this family had! A family of 4 in Singapore has revealed that they were victims of their maid that practices black magic on them to achieve personal gains.

Their maid was from Indonesia and they had her for a while before they realised that some of the valuables at home were missing. They did not have evidence that the maid stole their stuff, hence they continued keeping her by their side when no more valuables went missing. The maid was a nice lady, according to the daughter of the family, and would frequently cook delicious Indonesian delicacies for the family.

Hence, the family did not have high suspicion and alertness to guard against the maid as they thought she could be trusted. It was until that time not long after she returned from her hometown in Indonesia that the maid was caught for having sex with a Bangladeshi worker in the house when everyone was out working/studying.

Not only did they found out the jewelleries that the maid has stolen, they also found a tray of black pigeon eggs underneath her bed. The family called the police and the maid was arrested, where she admitted casting the black magic spell with the pigeon eggs.

Not long after, all members of the family fell very sick, with the mom slipping into a coma and the doctors could not explain why. The family hired a Taoist to perform some rituals in the household and were told that they were victims of black magic and the black pigeon eggs were the source of the “charm” that the maid has used to control the family – imagine black pigeon eggs like century eggs, eww.

According to an industry expert, some maids resort to black magic to “charm” their employers and these are some other ways they can do it:

So do be careful of who you employ! Make sure you do a thorough background check of the maid before employing her and if she is from rural areas, then stay alert and not let your guards down! You won’t want to lose your life just because of a voodoo doll or pigeon egg, do you?

Wah, you’re a brave soul to have read everything! Now, here’s the next challenge: we’ve made a YouTube video on the 10 most haunted places in Singapore. Do you dare to watch it as well? 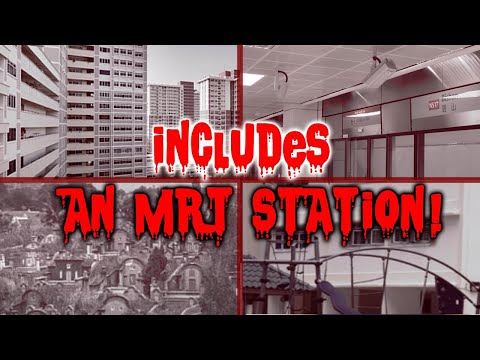