10 Facts About Ian Fang, The Actor Who’s Embroiled in the Leaked IG DMs With Carrie Wong

Well, you would have read about the leaked Instagram DMs by now. If not, good for you: you have a life, unlike people like me who’s reading every single news article about two people whom I’ve not even spoken to before.

So, if you’re like most of us, you’d know about Ian Fang; other than being 1 of the 8 Dukes of Caldecott Hill, the dude has also been active in the big screen, with his latest movie being Goodbye Mr Loser, a Malaysia film that’s screened in Singapore.

But do you know that the 29-year-old, who turns 30 at the end of this year, is much more than an actor? He can host, sing and dance, too.

Here are ten facts about Ian Fang that you’ve suddenly become interested in.

(Actually, the leak isn’t a bad thing, right? All publicity is good publicity.)

While Ian Fang is born in Shanghai, China, he moved to Singapore since he was 13 years old, and had a diploma from Republic Polytechnic, which explains why he’s so relatable.

He’s, however, now a Singapore PR.

Started Out As An Actor

Unlike his good friend Carrie Wong who was discovered in a variety show, Ian Fang got into the industry without any stepping stone.

His first foray into acting was as a teen villain in the very first C.L.I.F., which he is credited as merely a “cameo”. However, that proved to be his stepping stone, as he was then cast as a teenager in the highly popular On the Fringe that same year (2011).

From then on, everything’s history: he would be seen in at least two dramas a year.

Not Just an Actor

While most of us would associate him with acting, he’s more than that.

The multi-talented celebrity can dance, sing, rap and host. In fact, he hosted a few varietdy shows between 2013 to 2015.

From 2016 to 2018, he released three singles by himself. Here, take a look at his first single, which featured the first Singapore Idol runner-up Sylvester Sim. 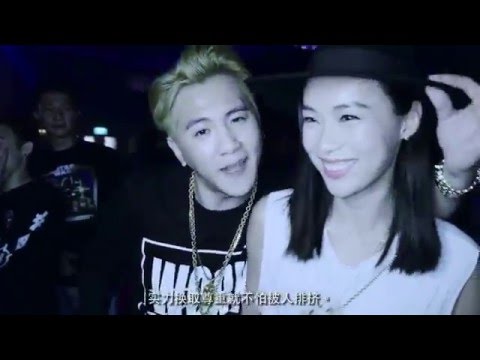 In addition to that, he’s also an entrepreneur: he’s the founder of streetwear First Attempt XIX, though it’s unknown how the business is doing now.

With so many things on his plate, one can only wonder how he could still have the time to DM people #justsaying

The busy man isn’t just the boss of a streetwear label; he has his own restaurant.

Called House of Mu, every furniture there is handmade from Burmese teak, so don’t expect anything affordable there.

With over 30 years of experience in the Burmese teak business, we're the experts in crafting luxurious furniture pieces from only the highest grade of Burmese timber available. ⁣ ⁣ When you shop for our products, you can be assured of the quality craftsmanship and timeless elegance of each piece. ⁣ ⁣ #design #interiordesign #luxury #furniture #interior #houseofmu

According to popular food blogger sethlui.com, you can expect to spend $20 to $40 per person there.

If you’re one who doesn’t watch any TV, then you might remember seeing Ian Fang on the big screen.

Ian has starred in three movies so far: his first is in Imperfect (我们都不完美) in 2012, when he took on a supporting role as a teenager. His second is also another supporting role in  Meeting the Giant, a 2014 film about basketball in Singapore.

His latest film is Goodbye Mr Loser in 2017, a Malaysia film that’s a remake of a popular China comedy film. The movie is screened in Singapore as well and for this, he plays the lead role.

If you’re not aware, Ian Fang is one of Aloyisous’ best friends.

After his passing, Ian composed and sang a song for his late friend, which you can hear here. It has since viewed 532K times and shared over 14K times.

The song, a mixture of English and Chinese and comprising a rap, starred Shane Pow, another celebrity and good friend of Aloyisous as well.

If you ever had doubts about Ian’s musical talent, this song would change your mind.

But do you know that he technically cannot sing now?

Injured His Throat During Filming

When Ian Fang was filming Meeting the Giant (the one about basketball), he took an elbow to his throat and that caused a permanent throat injury.

He was a dancer prior to being an actor, and had wanted to venture into singing; however, after that fateful incident, he turned to rapping instead, which explains why his singles are all raps, and why the song he composed for Aloyisous has a rap as well.

But what’s impressive is his mindset; in an interview, he said, “I can’t sing any more. But instead of getting frustrated about that, I turned to rapping.”

I don’t know about you, but ever since 1819, I see the Top 10 Most Popular Artistes awards as Mediacorp’s way of appraising their artistes.

Given Ian’s popularity, you would expect him to be nominated; people, including a certain celebrity known as Rebecca Lim, was shocked that Ian wasn’t even in the Top 40.

It’s even more surprising because Ian was apparently being nominated for Best Supporting Actor.

Zhang Zhenhun and Xu Bin didn’t recontract with Mediacorp and both have gone back to China, while Aloysius has passed away, leaving only 5 dukes.

The designation was coined in Star Awards 2014 as they dominated our TV. In fact, they even performed as a “boyband” in 2014 New Year’s Eve countdown party. 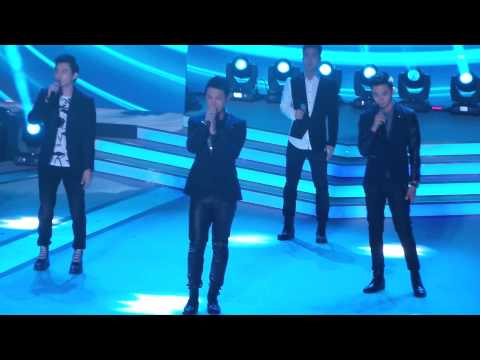 However, here’s the fact: these are mere rumours.

So, what fueled the rumours?

In Star Awards 2017, when Ian won an award, he thanked Rebecca for being a “good friend”. And of course, they’re such good pals, people started to ship them.

But remember: there has been no confirmation.