Anyone who has done a guard duty in the army would know how spooky it is when it’s 3:00 a.m. in the morning, and all you have is your rifle and you. If you let your imagination run wild, which occurs regularly since you’ve got nothing to do, it might be the toughest night of your life. Almost all NSFs who have done guard duty would have a story to tell.

If you’re up to it, here’re the ten spookiest guard duty encounters documented online, experienced by ourselves or related by our friends.

The extra person in the bunk

In every guard duty, there would be a bunk for the guard to sleep in. One of our friends encountered this that would scare the shit out of anyone.

In the bunk, there’re twelve beds and all were taken. Finding the correct guard is tricky so he looked at each bed. When he found the one, he woke him up and everything was okay—until he realized there shouldn’t be twelve people sleeping, but eleven.

He went back and saw that there were ten people in the bunk. So, who was the extra person earlier?

The eerie laughter from the guardhouse

Related by a section commander, he was doing his usual paperwork in the guardhouse at around 12:00 a.m. when he heard some sharp laughter from one of his drawers. Thinking that it was a prank, he opened the drawer and saw nothing.

A few minutes later, he heard it again, and opened the drawer which ended the song immediately. Soon after, he got a comms from the guard outside who said that he heard “strange” and “loud” laughter from inside the guardhouse, and told him not to play a prank.

The encounter ended immediately, but if you imagine you alone in the guardhouse then, you’ll pee in your pants for sure.

The extra person in the car

This is a relatively popular story shared online, and whether it is true or not is still up for debate. Apparently, at about nine at night, two NSmen wanted to go out for supper. By right, the guard was not supposed to let them out, but decided to do so as long as they came back before 11:59 p.m.

The NSmen came back, and when the guard looked into the car, he asked them where the third person was. The NSmen then said that there was never a third person.

Found online, this is apparently a pretty popular story that many knew about. According to the netizen, when soldiers were doing prowling duties along the sea near the swimming pool, they’ll see a white figure that appeared and disappeared regularly. They’ll also hear a loud piercing scream that won’t end until you reach a certain point.

When those Tekong dogs pass by that area, the dogs would bark furiously, as if they can sense something. Spooky, indeed.

The car that disappeared

Related by a friend, this was what happened: usually, camps are located deep inside a road, so if a car happens to turn in at, say, 2:00 a.m., it has most likely made a wrong turn, which is very common.

However, that day, a car turned into the road with its headlights on. The duty personnel stared at it as it would either be a driver who had lost his way, or an officer coming to check on them. To their surprise, the headlights turned off, and the car just disappeared—out of nothing.

Everyone witnessed it, so it was certainly not my friend’s imagination. And there was no way the car could make a three-point U-turn in less than a second.

The comms that has its own life

In camps, the walkie-talkies we used are called comms, and each personnel on active duty will usually hold on to one. The urban legend that has haunted many soldiers is that there’s one comms in one camp in the west that will turn alive in the middle of the night.

Legend has it that once, when the duty officer was fed up with the comms suddenly playing static sounds in the middle the night, he got everyone together and put all the comms on the table. Without anyone touching them, static sounds came out from all the comms—and it was 3:00 a.m.

Whether you think it’s a technical issue or a ghastly occurrence is entirely up to you.

According to some infantry and armour units, when they do prowling duties at night, they’ll always hear echoes of songs and soldiers matching…at 2:00 a.m. Some of them have got so used to it that they just ignored it—but imagine it’s your first prowling duty. Would you dare to check it out?

The white figure outside the office

Most ghastly encounters occurred near the gates, but this one related online occurred inside an office. This netizen was playing games in the office, doing his CSO duty, when he felt a cold wind, which was unusual since he was indoors with air-con. So he decided to go to sleep, and as he went to adjust the air-con, he saw through the window a white figure that freaked him out

The first day of the seventh month

This story we found online is so spooky that it shouldn’t be read during the seventh month. Apparently, two guards on prowling duties were walking a path when the clock struck 12:00 a.m., so the gates of hell have just opened. They could smell smoke, alcohol and their comms lost their “reception”. As they finished the prowling, they related the incident to their commanders.

It turned out that there shouldn’t be any offerings or whatnot near the camp—in other words, what they experienced were the real gates opening.

Now, if you can read through this article, you’re a brave soul. But can you watch this real Singapore ghost story to the end? If you can, then you’re indeed a brave fellow: 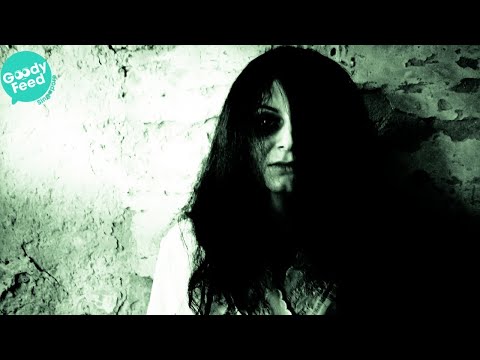