“What a cute little puppy! Come, let’s give him some of our food!”

“Here, I have chicken, I’ll throw him some.”

How many of us are guilty of the above?

Answer: probably nearly everyone, at some point or another.

I mean, dogs are really cute. And being the benevolent, loving people we are, we just can’t help our hearts from melting when they sit at our feet with their puppy dog eyes begging for food. 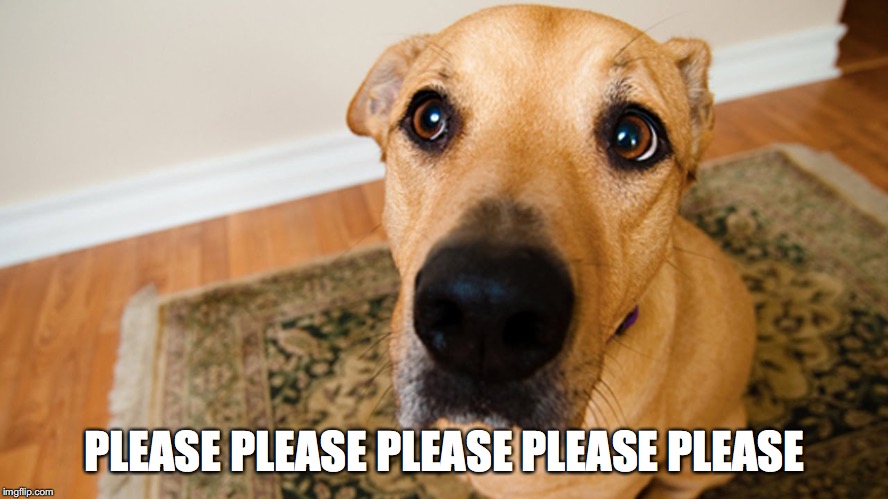 … in the process ignoring the advice veterinarians have been giving us for ever: Do not share human food with our four-legged best friends. It’s really bad for them!

And as any responsible pet owner would tell you, this not only includes deliberately feeding them, but ensuring that they have no unintentional access to human food at all.

Yet another innocent puppy has fallen prey to owners who did not heed this advice.

This case occured in Sacramento, United States, when the 2.7kg puppy was brought to a private veterinary clinic by its owners, who were feeling worried after the puppy became sluggish. It isn’t clear if they couldn’t or didn’t want to pay for the treatment.

In any case, they surrendered the puppy to the clinic, who took it to the local Society for the Prevention of Cruelty to Animals (SPCA).

… wow. If only life was really this easy.

The SPCA posted the case on their Facebook page, asking for donations for the puppy’s treatment.

Checks revealed that the pup had ingested what looked like a ton of bones and SPCA’s medical team acted immediately, performing surgery on it.

To their horror and shock, the team removed a total of 46 short rib bones from the puppy’s stomach. It is unclear whether the bones were deliberately fed to him or if he had went through the trash for them himself. Since the puppy was only 3 months old, it was also a mystery that he could’ve eaten so many.

Either way, this reeks of extremely irresponsible pet ownership!

Goody Feed YouTube Channel
A 34YO "old-virgin" S'porean was desperately looking for a boyfriend and surprisingly, she really found one online. But the intentions of the man will make you cry. Prepare tissue paper to watch this video based on real events:

The pup was put in a foster home where he could recover. At first, he started to get better and was even eating a little.

However, the puppy, which was nameless, started to get rapidly worse.

Shortly after, he passed away. The Sacramento SPCA posted: “There are times, despite everything we try, some stories do not have the happy ending we would like. Our little puppy who went through surgery to remove nearly 50 ribs from his stomach and intestines has passed away.”

Other than the risk of bones, many human foods are bad for dogs too

Some people advocate that feeding your dog a raw, natural diet is healthier than commercial kibbles. Although this is probably true, vets still urge pet owners to stick to pet food because most readily available human food are highly dangerous for dogs.

Many human foods which we eat on a regular basis are toxic to dogs and can actually kill them, some really quickly. These include grapes and raisins, chocolates, avocadoes, onions and garlic, macadamia nuts, alcohol, xylitol, coffee and tea, nutmeg, citrus fruits and raw yeast dough.

What Can You Feed Your Dog?

If you really want to share your food with your dog, do so carefully and in moderation.

Foods dogs can eat include (without salt, and only as an occasional treat):

If you do wish to switch your dog away from the regular kibbles to a protein-based diet, do invest time and energy in proper research and veterinary advice before hand.