For years, we’ve dreamt of it: An honest to goodness… four-day workweek.

One day less of work and the same monthly salary?

It was, as a wise old man would put it, a genuine wet dream.

But of course, we knew it for what it was; a dream, with no possibility of becoming reality.

Or is it really impossible? Well, maybe not after all.

If you prefer to, you can watch this video to the end and you’d understand: 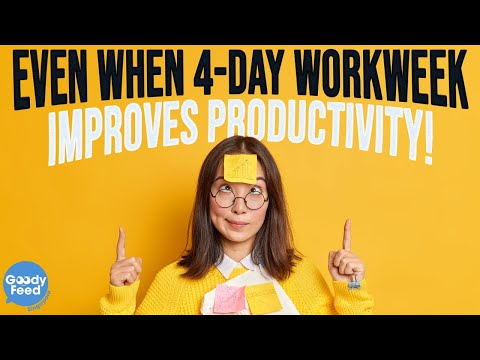 Lest you’re unaware, it was not a five-day work week all along.

This means that as time goes by, work weeks do get shorter in length.

And here’s the thing; some politicians around the world are, indeed, lobbying for a four-day work week.

Over in the UK, politicians have allegedly promised a four-day work week after a successful trial over in Iceland.

Apparently, work hours were cut from 40 to 35 per week, and results were positive.

With a distinct change in working habits during the COVID-19 period, the situation has called for a possible shift in working duration.

Apparently, four-day work weeks have been experimented with since some time ago. And they have incurred great results.

Workers have reported up to 40% increase in productivity, and companies spent less money since fewer people were in the office using their air-con and electricity.

“Why the increase in productivity despite one less day of work?” you may wonder.

Well, it’s down to one thing: focus.

With shorter working hours, people would pay more attention to the task at hand.

And though it sounds ironic, more work ends up getting done.

In essence, with shorter working hours, the deadline will be tighter so people will become more focused. As a result, more work is done.

But if it’s so goody, why do we still need to work every Friday?

But the case, unfortunately, may not apply here so soon. And the core reason behind it?

Just as guys are conventionally expected to have short hair, and how girls should be more ladylike, these are acceptable rules that we have to follow as part of cultural norms.

But here’s something positive; it will happen.

So it’s essentially a game of time.

Though unfortunately, it probably won’t happen within our lifetimes.

Maybe by 2100 though. Our descendants will, at the very least, be able to benefit.