While everyone is well on the way to receiving their vaccinations, there’s a certain demographic that’s still wondering what exactly to do—children under the age of 16 are still awaiting approval for vaccines.

According to the Ministry of Health (MOH), the Pfizer-BioNTech vaccine is not recommended for those under 16, and the Moderna vaccine cannot be approved for those under 18 until more data is available on the safety and efficacy of the vaccine for that age group.

According to experts, children are not as likely to spread the virus. However, medical experts believe that vaccinating children is essential for Singapore to achieve herd immunity.

According to preliminary results from early and mid-stage trials conducted among three-to-seventeen-year-olds, Sinovac Biotech’s vaccine is allegedly safe and effective in children and adolescents.

Singapore has already received around 200,000 doses of the Sinovac vaccine, but it has not been approved by the Health Sciences Authority yet.

According to Associate Professor Sylvie Alonso from the National University of Singapore’s (NUS) Yong Loo Lin School of Medicine and co-director of the school’s Infectious Diseases Translational Research Programme, the human immune system is only fully functional around 11-12 years of age.

Hence, the vaccine may not be suitable for those below the age of 11, and tweaks may have to be made to “the dose or its formulation”.

Additionally, according to Professor Paul Tambyah, president of the Asia-Pacific Society of Clinical Microbiology, children usually suffer from more severe allergic reactions than adults, which could make side effects of the COVID-19 vaccines more perilous to them.

However, despite the uncertainties and risks around vaccinating children, experts maintain that it is necessary to do so in order to achieve herd immunity.

According to Professor David Matchar from the Duke-NUS Medical School, around 80-90% of the population has to be inoculated against the virus for herd immunity to be reached.

He said that children under the age of 16 make up around 12% of the population. However, taking into account the fact that some older people may not be able to be vaccinated due to allergies and medical conditions, the possibility of Singapore attaining herd immunity without vaccinating children is rather low.

Prof Matchar added that while in theory, not inoculating children may lead to new mutations of the virus being developed, resulting in a prolonged pandemic for everyone.

However, he said that this would be the “worst-case scenario” if both children and adults were not immunised.

He acknowledged that if a large proportion of adults are vaccinated and if the community continues to be vigilant by wearing masks and adhering to safe distancing regulations, the development of mutations can be slowed down and inoculating children would become less pressing.

To know more about the vaccines in Singapore, watch this video to the end: 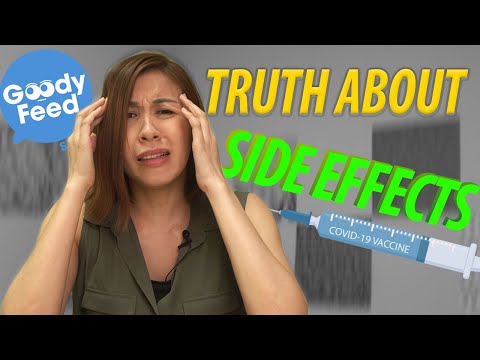