Yes, we’re back with yet another update regarding the Dee Kosh saga.

After allegations of paying underage boys for sexual services and being found guilty of possessing obscene materials, the former YouTuber and radio DJ promptly got “cancelled” by basically everyone in Singapore.

However, things didn’t just end there.

For a period of time, he even came back into the public’s eye and defended himself, saying that his charges got “mixed up” by media outlets.

And if you want to see the super-convincing reasons he came up with in his return-to-YouTube video, we’ve got you covered too with a quick summary: 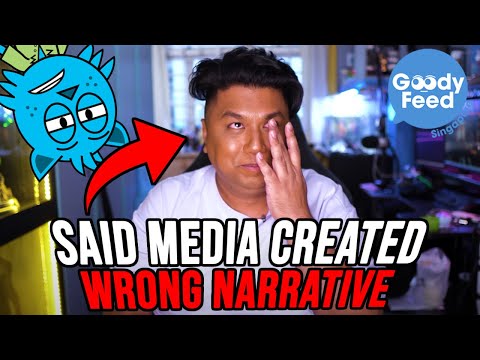 But whether or not his charges were really “mixed up”, it seems like there were charges after all, for he was just convicted today (30 May).

Dee Kosh, whose real name is Darryl Ian Koshy, pleaded guilty to three charges in total. He was represented by Mr Johannes Hadi.

He pleaded guilty to one charge of offering an underage boy money for sexual services as well as another charge under the Children and Young Persons Act for attempting to sexually exploit a young person.

Apart from that, he also pleaded guilty to a charge under the Films Act for making an obscene film.

The obscene film contained self-filmed scenes of sexual acts that took place between Koshy and another man between the age of 23 to 25.

Four other charges will be taken into consideration during his sentencing.

Koshy, 33, was asked to attend medical examinations at the Institute of Mental Health before he is sentenced.

According to Deputy Public Prosecutor Lim Ying Min, the offences took place between 2017 and 2020. The accusations regarding his actions first surfaced in 2020.

Apart from that, Koshy also attempted to get a 15-year-old boy to perform paid sexual acts on him.

Prior to getting cancelled by literally everyone everywhere, Koshy was a prominent figure in the local entertainment industry, especially in the YouTube scene.

Along with parody music videos, he also did stand-up comedy and had 380,000 subscribers on his YouTube channel.

Koshy was also one of the hosts of Food King, a food review series created by Night Owl Cinematics (NOC).

After the allegations against him surfaced, NOC halted all collaborations with him, and will continue to do so indefinitely.

Various brands and firms that collaborated with Koshy in the past such as Huawei, foodpanda and Lenovo also ended their work with him.

Koshy also used to be a radio DJ at Power 98 and hosted weekday night shows, but the radio station put him on leave in 2020.

For each count of offering cash to a youngster below 18 in exchange for sexual services, he could have faced up to two years’ imprisonment and a fine.

For attempting to sexually exploit a young person, he could have faced up to five years’ imprisonment, a maximum fine of $10,000, or both under the Children and Young Persons Act.