The Wuhan virus situation is worsening every single day. The number of confirmed cases as well as the death toll is increasing as you read this.

At the time of writing, the number of confirmed cases has exceeded over 17,000 and the death toll is over 350.

This means that there was a sharp surge of around 50 deaths within the span of a short day.

Most of these deaths have occurred within China, while at least one death has occurred outside of China.

Amidst all the dreary talk of death and precautionary measures, we need a little more positivity and good news.

The good news is that as of now, there is no evidence of community spread in Singapore, and most of the confirmed cases here have been quickly isolated.

But how do we bring more positivity you ask? It’s pretty simple really:

At the height of the SARS outbreak, everyone felt scared and let’s be honest, things got more than a little gloomy around here.

Despite it being released way back in 2003 (has it really been 17 whole years ago) all my friends still randomly break out and sing the rap for fun.

That was how catchy it was.

Here’s a little video to jog your memory:

It’s only appropriate then that a Phua Chu Kang Wuhan virus rap is made as well right?

Gurmit Singh took to Facebook to repost his famous Sar-vivor Rap with the caption, “PCK Sars Rap. Should we have him do the Wuhan Rap?”

Unfortunately, other Singaporeans have already beat him to his own game and crafted a catch Wuhan Virus rap that’s inspired by Phua Chu Kang’s Sar-vivor Rap.

It’s aptly called the Kung Flu, which skillfully incorporates martial arts into the battle against the Wuhan Virus. 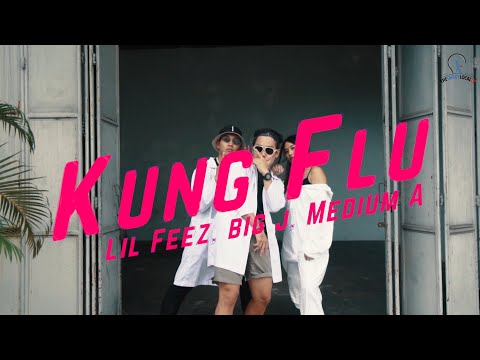 Should Phua Chu Kang still do a Wuhan Virus rap then? I say hell yes.