Early on in November, the idea of travelling might’ve been an almost realised dream. Mostly thanks to the Singapore-Hong Kong...
Read more

Lest you’ve forgotten, it’s the last month of the year and the birth month of the coronavirus, and it...
Read more

Airline Safety Brought into Question As Pilots Might Have Turned ‘Rusty’ After Being Grounded...

You've probably heard the phrase "It's like riding a bike", meaning once you learn to do something, you'll never...
Read more

Given that there are over 63 million infections across 218 countries worldwide, it's a wonder that North Korea has...
Read more

If you were to compile a list of sexual offenders who taught, studied, or breathed in the National University...
Read more

For the longest time, we’ve subjected our perky little fingers to the most unimaginable abuse possible:

Making them dance across the keyboard as we look for our favourite songs.

And indeed, these intricate little body parts have moaned day and night as they worked tirelessly for our pleasure, and we were totally oblivious to their pain and sorrow.

A notion that, thankfully, ends now.

According to The Verge, Google has incorporated an enticing new feature to ease the process of looking for songs:

An inexplicit “hum to search” feature that allows you to search songs using just your humming technique.

So yes folks, unless you score an epic F9 in the humming department (and even then you can still use the feature. More on that later)…

Your life probably got a lot easier.

According to The Verge, the exciting feature is now available in the Google App, on both iOS and Android.

And lest you’re wondering about how it works, here’s an explanatory video for your needs:

To utilise the feature, simply ask Google: “What’s the song?”

Alternatively, you can also choose to manually tap the new “search a song” button.

Thereafter, proceed to give your best humming impression of the song you’re trying to locate.

After you’re done straining your humming cords, Google will proceed to draw up a list of possible results, from which you can tap to listen to the song.

For the record, you can also whistle or sing a melody to Google.

Now, being the music enthusiast I am, and also because my editor encouraged me to try it out, I decided to go ahead and brave the waters.

First and foremost, I tapped the mic button as specified, and it brought me to a page where the “search a song” function was plain as daylight. 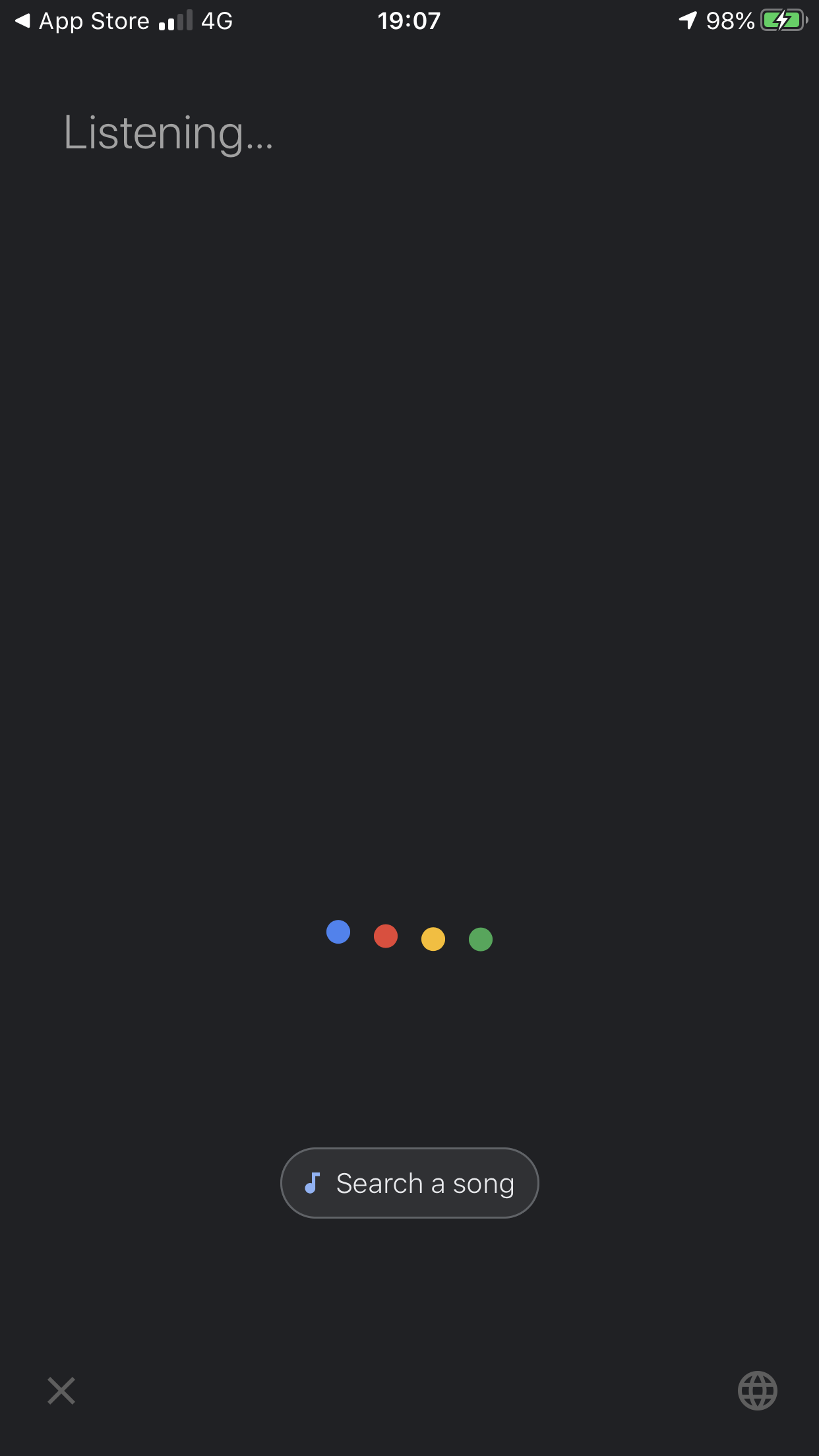 Upon tapping on the function, I saw this page. 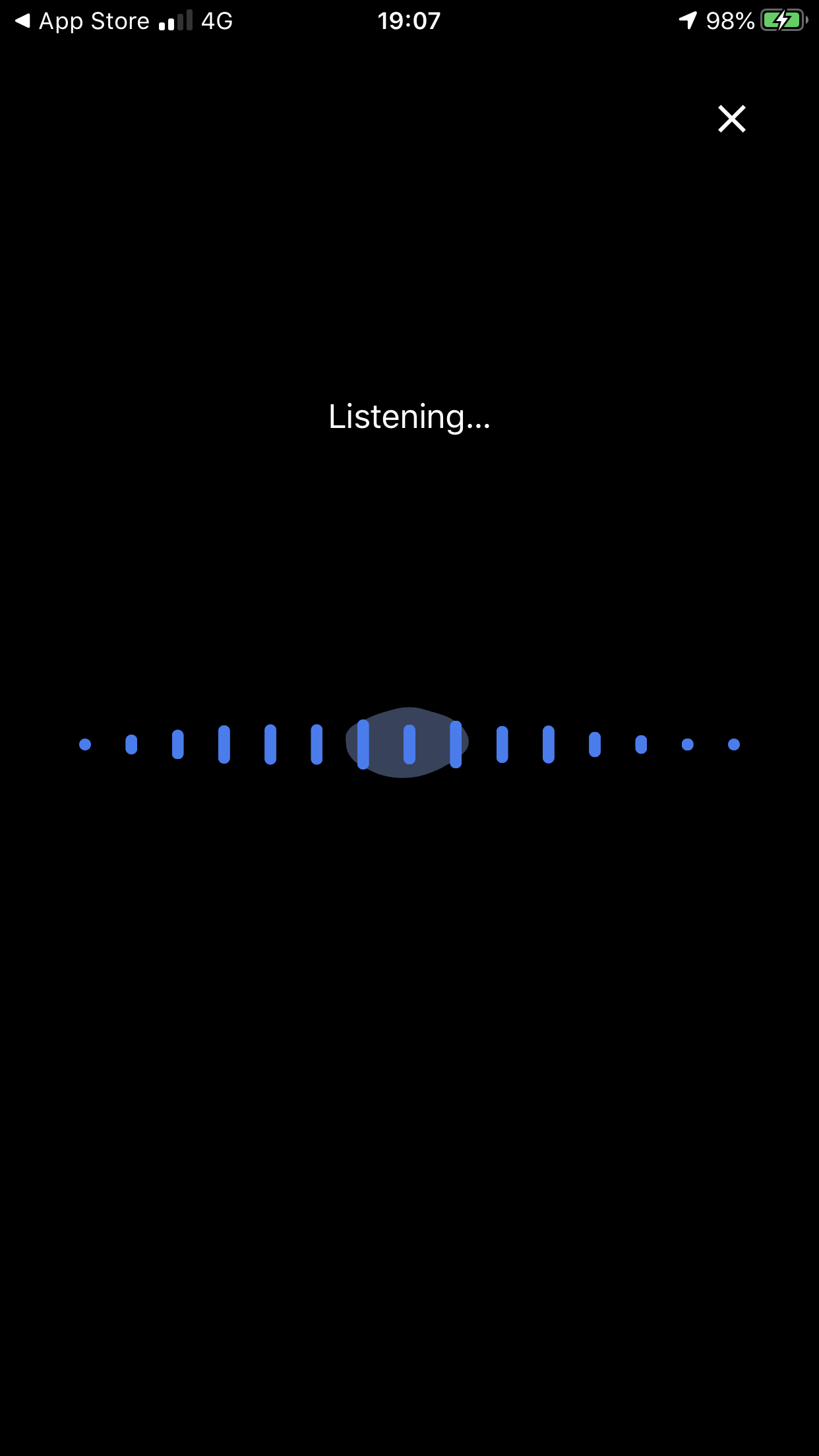 I then began to hum my best rendition of the worldwide classic ‘Baby Shark’, much to the annoyance and utter horror of my little sister who was languishing in the next bedroom.

And yet, as tone-deaf as I was, it worked. 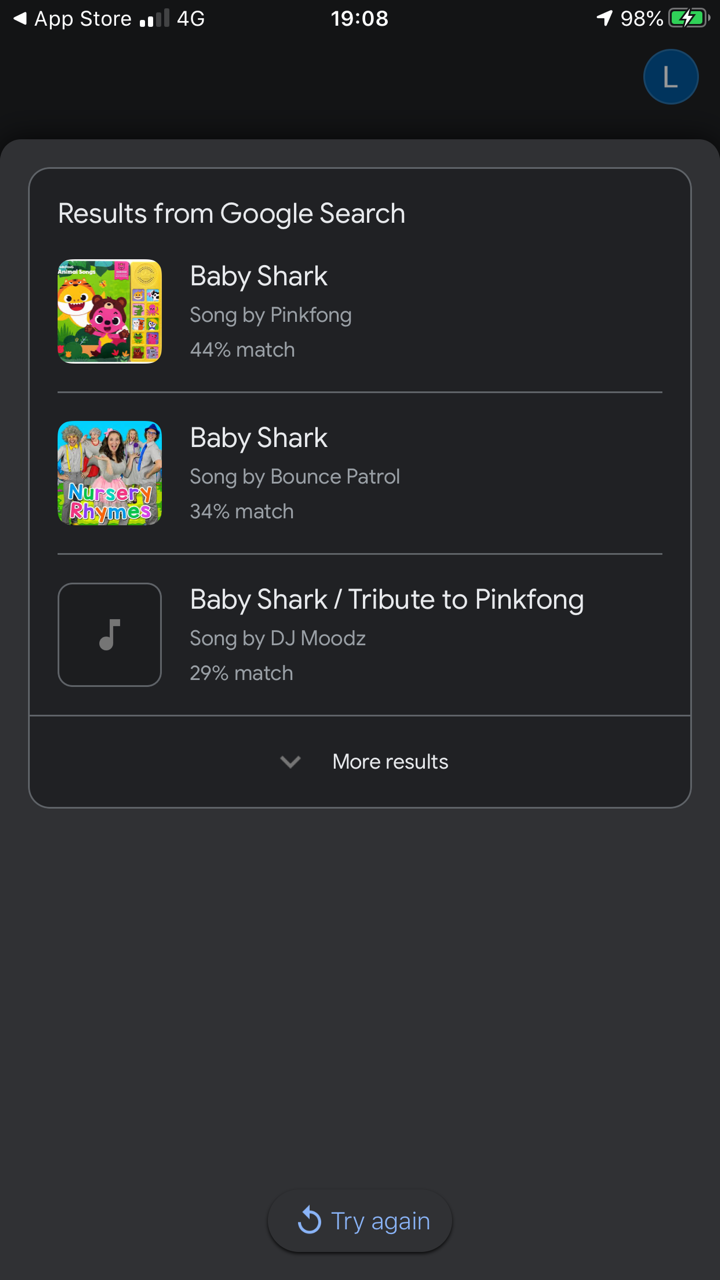 And to make sure that it wasn’t a fluke, I went back to try another version, this time the designated song in the Google advert: Dance Monkey.

To my incredulity, it worked. Again.

Which convinces me that no matter how bad of a hummer you are, it will probably work.

According to Google, the feature utilises machine learning techniques to “transform the audio into a number-based sequence representing the song’s melody”.

Apparently, it is then compared to existing songs on the market, which provides the aforementioned search results.

And Here’s The Thing;

Tone-deaf or not, you’ll still be able to use the feature.

According to the report, the models are reported to have been well-trained – having been used on “a variety of sources, including humans singing, whistling or humming, as well as studio recordings”.

In the process, accessories like instruments and vocal quality are removed to reveal the specific numeric sequence.

As such, the hum to search feature is purported to work regardless of the person’s humming abilities.

A notion that would surely appeal to all the tone-deaf people out there.

Thus far, the feature is available in English on iOS, and more than 20 languages on Android.

Apparently, there are plans to incorporate more languages in the future.

Though there are other music recognition apps in the market, Google’s latest feature can be considered semi-revolutionary in the sense that it relies not on the tune, but your own humming.

Meanwhile, popular music recognition apps such as Shazam, SoundHound and Musixmatch only work well with given tunes.

However, Google’s technology is not the first to be powered by one’s voice. Midomi, for one, possesses an advanced search engine which lets you sing to identify a song. Similarly, Musipedia permits one to whistle a tune in order to ascertain a song’s title.

How to Know If Someone is Lying (Body Language) Based on Studies!
04:35

When you wear masks and apply lipstick at the same time (wait for it) #shorts
00:09

Anyone old enough to remember this ad? (Watch till the end!) #shorts
00:19