In the previous report, Mr Faisal has said that Ms Khan has lied about what happened after the three leaders knew about the lie.

You can watch this video to know what went on previously: 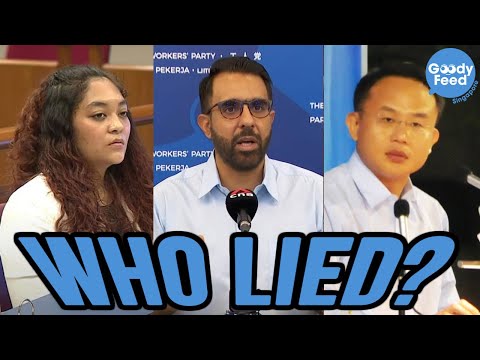 Here are 12 things you’d need to know on what Mr Singh said, which took place on 10 December 2021 and was released this afternoon (12 Dec).

Tone of the Hearing

Unlike the oral evidence given by Ms Khan and her aides, and the one by Mr Faisal, the answers by Mr Singh are usually much more measured, confident and sometimes even aggressive

So if you’ve got five hours, this should be the hearing you should watch.

Ms Khan Had Initially Stick to Her Lie

It turns out that Mr Singh had met Ms Khan in his office after Ms Khan had been questioned by Minister of State (MOS) Desmond Tan about the anecdote raised in her statement in Parliament. Back then, Ms Khan told Mr Singh that she was unable to contact the victim in question.

Mr Singh told Ms Khan she had to clarify on the record, in Parliament, that she could not contact this person, if that was indeed the position.

Mr Singh then drafted a short statement for Ms Khan, based on what she had told him. Ms Khan revised one sentence in the statement, and proceeded to deliver it in the House that same day.

How Mr Singh Got Ms Khan to Admit to the Truth

During the call, Mr Singh asked Ms Khan directly whether the anecdote in her 3 Aug Parliament statement had really happened. Ms Khan then finally confessed and told Mr Singh that this did not happen. Mr Singh was very angry and upset when Ms Khan told him this, and, in his words, he “cut the call”.

Which, of course, led to the meeting in question: the 8 August 2021 meeting.

The 8 August Meeting According to Mr Singh

According to Ms Khan, during the 8 August meeting, the leaders were angry and told her to take the lie to the grave.

According to Mr Faisal, the leaders were not angry as they were focused on Ms Khan’s personal sexual assault experience, and did not give any instructions on what to do next about the lie.

Now, how about Mr Singh, since the accounts given were different?

Well, Mr Singh went with Mr Faisal’s narrative. He said that everyone was shocked at the news, but there was no substantive discussion at the meeting on what to do about Ms Khan’s untruth.  They were sympathetic to Ms Khan, and were more concerned about her well-being.

Mr Singh did not direct or instruct Ms Khan to clarify the untruth. He also did not recall Ms Lim or Mr Faisal discussing what to do with the untruth and how to clarify it.

They then spoke about other matters, and as Ms Khan was leaving Mr Singh’s house, Mr Singh told her, “We’ll have to deal with this issue, but speak to your parents first.”

But…could Ms Khan have somehow misinterpreted what they said?

Where Does the Taking the Lie to the Grave Come About?

Mr Singh said that there was no discussion during the meeting about referring Ms Khan to the COP. He also denied asking Ms Khan to take her untruth “to the grave”.

Mr Singh agreed that it would be fair to say that Ms Khan would have left the 8 Aug meeting not being very clear in her mind about the Party leaders’ instructions on how to deal with her lie.

And tad-da: there was no more communication pertaining to this lie between Mr Singh and Ms Khan until 3 October.

Only one important thing happened between 8 August and 3 October.

Nothing was communicated between Mr Singh and Ms Khan, but On 1 Oct, Mr Singh sent a general email to all WP MPs. This general email was sent by Mr Singh after he came across the Hendrickson affair, which he wanted to share with his fellow MPs in the course of preparing for the FICA debate in the Oct sitting of Parliament.

Mr Singh told all the WP MPs that they had to be able to substantiate any statements made in Parliament, or risk facing the COP.

In other words, don’t lie in Parliament.

And now, to the meat of the hearing: What happened on the 3 Oct meeting between Mr Singh and Ms Khan.

On the evening of 3 Oct 2021 (the day before the Parliament sitting on 4 Oct), Mr Singh visited Ms Khan’s home with his wife.

When they met on 3 Oct, Mr Singh told Ms Khan that it was entirely possible that someone might ask her about her 3 Aug anecdote in Parliament the next day. He said that “if the issue came up”, Ms Khan had “to take responsibility and ownership of the issue”, and if she did so, he “will not judge” her.

According to Ms Khan, of course, she believed that Mr Singh was suggesting that she continued the lie and that he will not judge her for that.

However, it should been added that Mr Singh did not specifically tell her to speak the truth, but he said that was what he had meant, by the words that he had chosen to use.

In addition, Mr Singh said that if the matter did not come up, then Ms Khan would not need to clarify the truth during the October sitting.

Mr Singh also said that if the matter did not get raised, then he had no plans to voluntarily get the issue clarified, because it was Ms Khan’s responsibility.

Simply put, could it all have been a misunderstanding and misinterpretation?

Here’s what this means in Singlish simplified by Goody Feed:

Mr Singh: Don’t need tell the truth lah if no one ask. I won’t judge if you take responsibility and ownership lah

Messages Were Sent During The October Sitting

Well, at least we learn something new: other than sleeping in Parliament, you can also use your phone.

According to Mr Singh, whilst Minister Shanmugam was making his Ministerial Statement during the October sitting, Ms Khan sent Mr Singh a message, asking: “What should I do, Pritam?”

Mr Singh said that he read Ms Khan’s WhatsApp message (to him) at 12.45pm (after the exchange between Ms Khan and Minister Shanmugam had ended).

Mr Singh told Ms Khan, “Will speak after sitting. Keep Chair and I posted.” There is nothing in writing in response from Mr Singh, on what Ms Khan should do.

What Happened After The October Sitting

Mr Singh met with Ms Khan on 4 Oct in the LO office for a “very, very short” meeting. Mr Singh recalled that Ms Khan was in a daze and said, “Perhaps there is another way. That is, to tell the truth.”

Mr Singh said he was very upset and replied, “But look at the choice you made.” He also added that they had an understanding, asking, “Why didn’t you come clean?”

Ms Khan then decided to tell the truth.

They had no further communication until the police’s request.

Did Mr Singh Advise Ms Khan Not to Respond to the Police Or Not?

According to Ms Khan, after she was requested by the police for an interview, she sought advice from the three leaders, and Mr Singh and Ms Lim told her not to respond to the police.

Mr Faisal said he did not reply to Ms Khan and claimed that he thought Mr Singh and Ms Lim didn’t reply as well.

But Mr Singh said that he did reply, but he didn’t advise Ms Khan not to respond to the police.

He said he told Ms Khan to tell the police that she was going to answer in Parliament.

Ms Khan, Mr Singh and Ms Lim then met on 12 October, whereby Mr Singh said that Ms Khan was initially still unwilling to make a speech in Parliament to correct her untruth. Ms Lim was very upset about this. Mr Singh impressed upon Ms Khan that there was no other way but to do so, and Ms Khan eventually agreed.

Events Before the November Sitting

Mr Singh read Ms Khan’s 1 Nov draft statement before she delivered it, and was satisfied with what she planned to say.

The CEC was also told about this on 29 Oct and reviewed the draft statement.

This means the CEC knew about the lie on 29 October.

On why Mr Singh had not disclosed that he knew about the truth months earlier and why the disciplinary panel was formed, Mr Singh said that it was not important for Parliament, and not relevant for the public to know this.

In addition, on why the disciplinary panel comprised the very three people who knew about the lie months ago, Mr Singh said that it won’t have any conflict of interest unless they have directed Ms Khan to lie.

In Ms Khan’s oral evidence, she was confused on why the disciplinary panel’s formal interview with Ms Khan was about her performance as an MP instead why she lied.

Mr Singh said the disciplinary panel had asked about the anecdote, and questioned about Ms Khan’s self-discipline, such as why she did not meet many of the deadlines set for her by the Party.

Mr Singh also added that Ms Khan had also told the disciplinary panel that she may have Dissociation which led to her saying that that the leaders told her to take the lie “to the grave”. Dissociation is a mental condition in which the patients might feel disconnected from their thoughts, feelings, memories, and surroundings.

In fact, Mr Singh asked the COP to consider asking Ms Khan to go for a psychological assessment.

If you’ve five hours, do watch this hearing that sometimes sound like a Biden vs Trump debate: 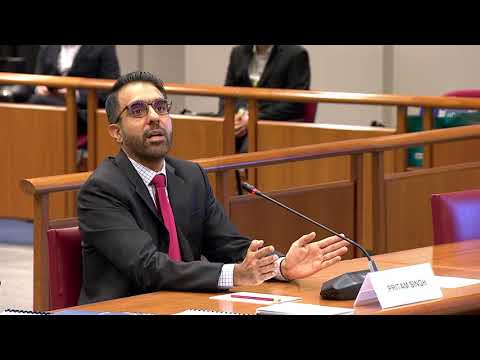 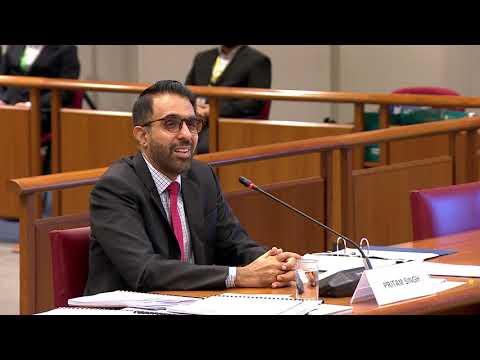