Everything About The Bullied Boy with Dwarfism, Including Conspiracy Theories About His Age

If you’re born different, you’ll be treated differently by other people.

That’s a fact of life in the concrete jungle that we live in today.

And for the boy that we’re going to talk about next, that’s exactly what he’s going through.

Dwarfism is a condition of short stature and it can be caused by more than 200 conditions. Achondroplasia is the most common form of dwarfism and affects one out of 26,000 to 40,000 babies.

And Quaden Bayles, an Australian boy, has this condition.

And because he was different from the other kids, he was allegedly bullied until he broke down.

His mother, Yarraka Bayles posted a video of him talking about how he couldn’t take the “relentless” bullying in school anymore. 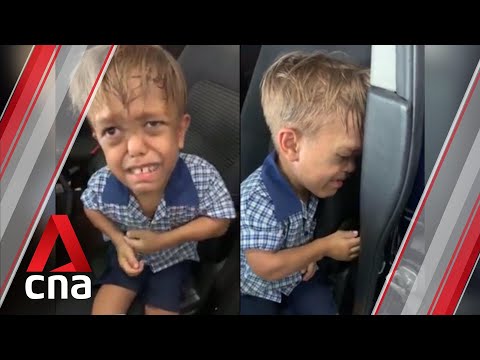 In the same video, he wished for his own death as well.

His mother posted this video to show the damage of bullying in school.

“This is what bullying does,” she could be heard saying in the video. “Can you please educate your children, your families, your friends?”

The video was viewed over 24 million times and moved many people.

Including American comedian Brad Williams who suffers from the same condition.

The money will go to Quaden and his mother to bring them to Disneyland in California and the remaining amount given to anti-bullying organisations.

Someone online wrote that Quaden Bayles is not 9.

The person added that he has a huge following on Instagram and is actually 18 years old and rich.

And pretty soon, the entire conspiracy theory exploded on the internet with nearly 300 retweets on Twitter.

In an interview with Studio 10 back in 2015, the host introduced Quaden Bayles as a four-year-old “powerhouse” who is helping to raise awareness about dwarfism. 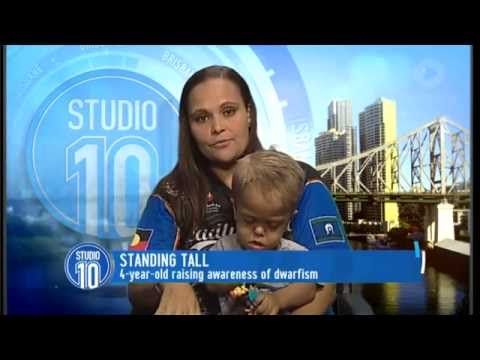 On 22 Feb 2020, Quaden Bayles used his Instagram account, Quadosss, to warn his followers about fake accounts set up to impersonate him.

One of the fake accounts reportedly has pictures of Quaden and urge people to donate to “his GoFundMe” with a link.

He’ll Be Coming To Singapore

Disregarding the conspiracy theory, Quaden is still getting support from the international community.

Including One Championship founder Chatri Sityodtong.

Quaden will be travelling to Singapore to train in Mixed Martial Arts (MMA) and will be taught “personally” by Chatri.

He claimed that One Championship will “bully-proof” Quaden and “rally the world” to come to Quaden’s aid.