I’m sure the whole of Singapore groaned in disappointment when the return back to Phase 2 (Heightened Alert) was announced.

The shift back was understandable, given the spike in cases, but it’s still disheartening.

However, the return back to Phase 2 wasn’t just about the rise in cases, but three other considerations too, according to Health Minister Ong Ye Kung on Tuesday (20 July).

There were a total of 81 seniors aged 60 and above who got infected by COVID-19. Of this 81 seniors, 12 were not vaccinated.

Now, remember: seniors were offered the vaccine since the beginning of this year.

“This is of great concern to us, because almost 30 per cent of the elderly population above 70 years old remain unvaccinated,” said Mr Ong at the press conference.

“Given the speed of infections, and the rate that the new clusters are growing, we will need to temporarily slow down the spread of the virus to give us time to raise the coverage of our vaccination programme, especially among the older population to protect them against the infection,” he added.

Currently, there are around 200,000 who are aged 60 and above who have yet to be vaccinated. This is serious because those 60 and above belong to a group who have a high risk of falling critically ill once infected by COVID-19.

In other words, as we dine at home, the authorities are doing their best to convince more seniors to get jabbed.

You can help by convincing any senior who’s not been jabbed to take the vaccine, too. Those people 60 and above can just walk into any vaccination centre to get jabbed without having to register.

With regards to those aged 60 and above being infected, Mr Ong said: “Almost every one of them if infected will end up in hospital”.

If even 10% of these 200,000 unvaccinated elderly become infected, that would mean around 20,000 would have to be hospitalised. On top of that, the possibility that 10% to 15% of them may require intensive unit care (ICU) might result in a large number of elderly ending up in the ICU.

He also said that Singapore still has “headroom to withstand the pressure”, but added: “But if the cases keep on rising or keep at today’s level and carry on for a couple of weeks, it can come under significant pressure… We are still in an okay position, but don’t take that for granted.”

The existence of the KTV cluster, which has spread among a younger population, is already bad enough on its own.

Unfortunately, it has now spread to our wet markets through the Jurong Fishery Port Cluster. As reported by The Straits Times, the current wave in the various markets and food centres affects a wider spectrum of the population, including seniors.

This means that interaction would need to be limited in order to reduce the risk of transmission, at least until a larger percentage of the population have been vaccinated.

“The porous nature of our food centres and our hawker centres also increases the risk of cryptic and silent transmission that is hard to detect,” said Mr Ong.

So yes, despite the high number of cases, the goal is still vaccination: the new restrictions are to buy more time for more people to be vaccinated. 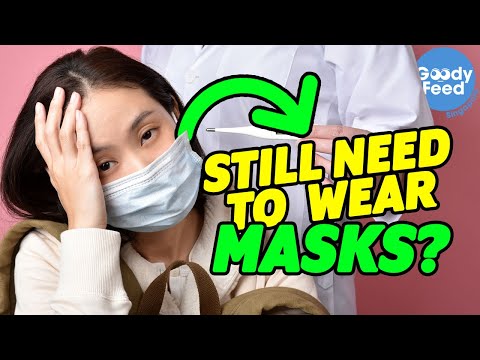