Have you ever wondered what it would be like if everyone working in a company were paid the same salary, regardless of position and level of experience?

Yes, a senior management associate and the clueless intern who can’t work the printer, paid the exact same wages.

This is what Calvin Benton, CEO of British psychotherapy company Spill, sought to find out, with an experiment that aimed to be “democratic and egalitarian”.

Long story short, he found that though in theory, this seems like a great plan to promote equity and fairness in the workplace, reality speaks of something quite different.

Company Tried Paying Everyone the Same Salary But It Failed Miserably

The company first started out with five people in 2018, and according to Benton, their levels of contribution were relatively equal. (Kind of like a rare, diamond-in-the-rough kind of PW group.)

Hence, Benton launched an experiment in which each employee was paid the same amount, in a bid to “challenge the traditional model of pay” and foster a spirit of harmony among employees. It was decided that the annual wage would be £36,000 (~S$65,677), a salary that would be able to adequately cover the costs of living in London.

When this system of equal pay was first implemented, it was rather successful and did, in its initial stages, meet the goal of creating cohesion within the team.

However, once the company began expanding and had to hire new staff including software developers, salespeople and clerks, and intended to pay them all the same wages, problems began spilling in (pun absolutely intended).

What came next wasn’t really a surprise. Software developers, being high in demand, were accustomed to wages higher than £36,000, and so the company faced difficulties in attracting experienced software developers to take on the role.

Salespeople are paid based on commissions, so a couple of months into the job, the hired salesperson began requesting to be paid based on the sales targets they had met rather than a fixed income.

Meanwhile, the company had to contend with a mountain of applications for the clerical position—after all, who wouldn’t want to take on a clerical role for £36,000 a year?

Eventually, the equal-pay system began to take a hit from employees as it became evident that some people worked longer hours than others and contributed more than others, but all were receiving the same remuneration (Now, this sounds a lot more like a PW group).

Conflicts ensued, conversations erupted and eventually, Benton decided to scrap the experiment, calling its failure a “disappointment”. Now, Spill follows a traditional model in which the salary of employees is determined on their level of seniority and expertise.

Reflecting on the experiment, Benton said, “I think we realised that we needed to pay attention to market forces. Sometimes traditional practices are there for a reason, and sometimes you don’t have to reinvent the mould on everything.”

After the experiment was laid to rest, Benton adopted an open-salary policy, in which everyone’s salary level was made known to all staff. This enhanced transparency, which succeeded in nurturing harmony within Spill.

Benton has since mentioned that giving people more “ownership over their salary” is a goal that the company would like to explore moving forward. Spill also aims to come up with a formula for transparency regarding salaries akin to Buffer’s wage policy, which you can read more about here.

Spilling the Tea on… Spill

Spill is a British company that offers online counselling services therapy to employees from other corporations, with a mission to help workers cope with emotional stress and problems related to work.

The company primarily uses Slack to offer video calls and messaging with qualified therapists, as well as an array of tools and content designed to improve mental health and wellness.

The COVID-19 pandemic has led to a 40% increase in sales for Spill, due to an “explosion in demand” caused by WFH pressures, which include burnout and a lack of motivation.

In January 2021, it was announced that Spill had raised £2m to create more services geared towards a more “psychologically considerate workplace”, with a shift in focus from mental health treatment to prevention.

For more information on Spill and the services that they offer, click here.

For more information about salary in Singapore, watch this video to the end: 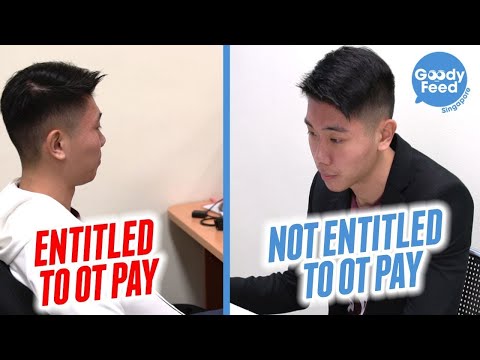