He is someone who was known for representing celebrities… Until it was revealed that he abused his employees.

After going viral in 2019, the saga is finally drawing to an end.

The 49-year-old Seow had previously pleaded guilty to eight instances of professional misconduct involving three employees. These instances all happened at his office in South Bridge Road between 16 March 2018 and 17 April 2018.

He ran his firm Samuel Seow Law Corporation, and the talent management company Beam Artistes from that office. A 30-minute audio recording of the incident on 17 April 2018 was circulated online in 2018, while two leaked videos from that day went viral in 2019.

You can watch one of the videos here, which documented his verbal and physical abuse of his employees: 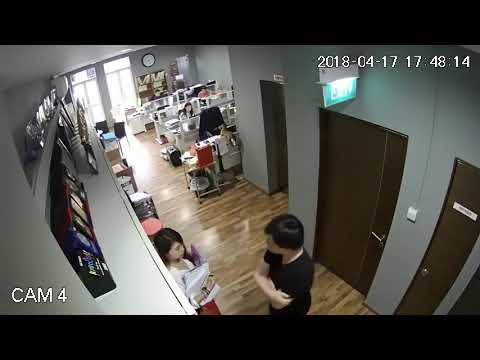 You can read the details of this case here.

No Longer Able to Practice Law

In March 2020, a disciplinary tribunal found that this case is serious enough for Seow to be sanctioned by the court. The court has the power to suspend or disbar lawyers.

In February 2022, the Law Society of Singapore asked the court to strike him off, preventing him from practising law in the future.

This sag finally concluded on 18 May 2022, when the Court of Three Judges struck Seow off the rolls.

The Court is the highest disciplinary body for the legal profession and is comprised of Chief Justice Sundaresh Menon and Justices Andrew Phang and Steven Chong.

In a written judgement, the court said that Seow’s behaviour showed a serious character defect that made him unfit to be a member of the legal profession. They added that his behaviour “evinced such volatility and lack of self-control that it detracts from his ability to discharge his professional functions”.

That basically means that his character made him unable to properly carry out the duties of a lawyer.

Additionally, his conduct had gravely dishonoured the standing of the legal profession. All of these reasons thus warranted this striking off, ensuring that Seow will not be able to practice law.

In an interview with The Straits Times, LawSoc president Adrian Tan said that law firm culture must be a safe space that protects the mental health of its employees.

He added that society will not tolerate any lawyer who abuses or bullies juniors or employees. The legal profession must continue to hold itself to the highest personal standards, not just in court but also outside of it.