Sponge cakes are a thing.

But sponge cakes that look like actual dish-washing sponges?

Now, while that wouldn’t exactly come across as headline-worthy news, these images differ slightly from the norm in the sense that they bear a striking resemblance to…

Yes folks, they’re cakes. And no, don’t use them to wash your dishes.

Crafted from a mixture of flour, eggs, sugar, butter, lemon juice and food colours, these sponges can actually pass for the real thing.

There’s also a ‘soap foam’ as well, which was made from lemon juice beat with sugar.

Talk about an uncanny resemblance.

“When you wanna troll your mum or your partner by an edible dishwashing sponge cake,” the post captioned.

And considering how the final product turned out…

I don’t think we have any reason to doubt his words.

Despite being posted just four days ago, the post has since garnered over 7.6K likes & reactions, as well as 2.4K comments.

Netizens have also expressed their collective amazement, shock and disgust at the creation, all at the same time.

Well, when something manages to evoke such a conflicting mix of emotions at the same time…

You know it’s something special alright.

Apparently, Huang isn’t the first to create such perfect replicas of the classic dishwashing sponge.

Earlier in June, Alice Munro, a 52-year-old grandma from Tasmania went viral for her own deceptive sponge cakes.

And she even went one step further, by creating the illusion of a dirty plate with a mix of vanilla cake mix, food colouring, buttercream, oreo and chocolate.

Also, several mukbangers have also created ASMR videos in which they munch on sponge cakes while making relatively pleasant noises. 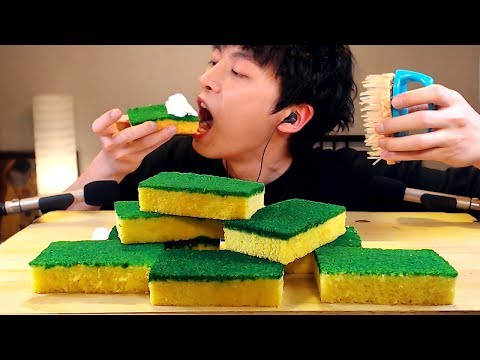 You can even make your own edible sponge cake with this Youtuber’s easy-to-follow instructions! 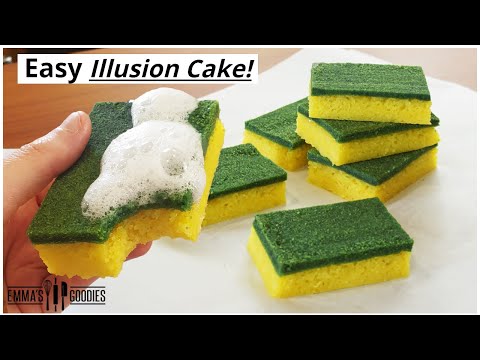 I think there’s no better way to evoke a reaction than munching on a ‘dishwashing sponge’ chocked full of ‘soap foam’, with all the relish of a satisfied customer.

Though of course, you may run the risk of someone diving headfirst into you in panic, but with all things considered…

It’s probably worth it.