Survey Shows That Almost Half of HDB Residents Have Turned to Online Shopping, and Are Interacting Less Face-to-Face

For the First Time, HDB Breaks Down The Cost Price of BTO Flats for...

The times are changing.

Gone are most conventions of old; modern society has embraced its progressiveness as an accepting and ultra-technology race, what with the emergence of legal transgender laws and the new T-800 prototype – a machine so advanced that it has been described as illegal.

So yeah, the times are certainly changing. And from the looks of it, our own HDB residents are progressing too.

Though whether they are progressing positively is another question altogether.

According to The Straits Times, nearly 50 per cent of HDB-based, online consumers have professed that they are shopping less at HDB shops.

The results are in accordance with the latest HDB Sample Household Survey – a poll that is hosted once every five years. The results were unveiled yesterday (14 Feb).

In total, around 7,800 HDB households were polled.

According to the survey, around four in 10 HDB residents were found to have indulged in online purchases in 2018.

The majority of the affiliated consumers dwelled in four-room flat or larger flat types, and were aged 45 years and below.

They were also deemed to have a higher probability of hailing from families with young children.

Among their purchased items, clothing and footwear reigned at the top of the list, and were followed by phones and electronic products.

Due to the rise of e-commerce, the survival of HDB shops distinctly hangs in the air.

To prevent the imminent downfall of neighbourhood retail outlets, improvements would have to be made. It was, said Associate Professor Lawrence Loh from the National University of Singapore Business School, a chicken-and-egg problem.

“The younger people will not turn to HDB shops unless they are upgraded and made upmarket. Yet these shops will not move upwards unless there is a market… If we want to preserve the HDB shops, if we value the social contribution of these shops, we will need an impetus from the HDB or other authorities,” he said.

Meanwhile, the HDB has stated that heartlands shops will continue to serve the needs of residents. To cope with the increasing trend of online shopping however, the HDB will attempt to boost the vibrancy and competitiveness of these shops through various measures.

“Going forward, HDB will continue to keep pace with residents’ evolving needs and lifestyles. We are also studying how HDB flat designs can support developments in the future of work, including trends that may have been accelerated by the current pandemic, such as telecommuting,” said a HDB spokesman.

According to the news report, physical interactions between HDB residents are also on the decline, though Internet interactions appear to be experiencing the reverse.

In 2013, the percentage of those who exchanged greetings with their neighbours was 98.6%.

That figure has since dipped to 97%.

Meanwhile, the figure for casual conversers has dropped from 97% to 94.4%. The percentage for partakers in community activities has also dropped from 48.6% to 39%.

However, more respondents appear to be interacting within the block. There was an increase from around 76% in 2013 to more than four in five in 2018.

Sociologist Paulin Straughan from the Singapore Management University has since taken note of the trend, and stated that in order for more social interaction between residents to occur, more creative approaches would have to be adopted.

“We need to move away from the idea that residents are just passive consumers of social activities… These activities should be ground-up initiatives, which will encourage active engagement,” she said.

The survey results come amidst the announcement that more BTO flats are set to be launched this year.

Though the news would surely come as a revelation to BTO-ready folks, the survey results do spell worrying figures for the future.

Should the notions reflected in the survey persist, it could mean a rapid decline in everything that our kampung ancestors used to hold true.

It could also mean the disappearance of the kampung spirit altogether.

And though times may be changing…

It would be a sad day if HDB neighbours become just that… mere neighbours.

Trick to WhatsApp a number without saving it as a contact #shorts
00:30

Sylvia Chan is back and she just indirectly ‘attacked’ Ryan Tan #shorts
00:40

China loosening COVID-19 restrictions, so does that mean… #shorts
00:23

Durians are getting super cheap #shorts
00:25

Singapore mum got slammed for not letting her kid eat cake #shorts
00:34 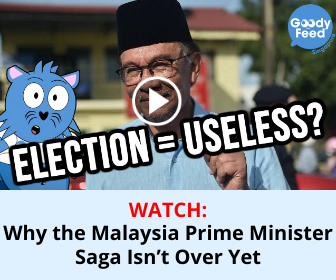