In the beginning, there was the Wuhan virus. This later became the coronavirus, and then COVID-19.

It was simple enough to understand; there was this dangerous virus going around causing disease, and we had to take precautionary measures to prevent death and our hospitals from getting overwhelmed.

Then, just like a scammer adjusting to the pandemic, the virus began to evolve. We learned that this was common among viruses and that it doesn’t always lead to more dangerous strains.

But, of course, instead of disappearing like SARS did, the coronavirus pumped out five variants which the World Health Organisation (WHO) found concerning. The latest, the Omicron variant, has countries across the globe hurriedly imposing border restrictions, hoping to keep the variant out of its borders.

So, what’s the concern, exactly? And what happened to all the other variants?

Here’s everything you need to know about the other four “variants of concern”.

Wait, What’s a Variant of Concern?

A “variant of concern” gets its label not because some guy on the streets is afraid of it, but because the WHO assigned it that designation.

According to its website, the organisation will class a COVID-19 strain as a “variant of concern” if it has one or more of the following changes:

Now, that we have that out of the way, let’s go through the four concerning variants.

With a name like “Alpha”, you’d expect this variant to be one big, bulky beefcake of a virus, the most dangerous of the bunch.

But that’s not the case. It was named the Alpha variant because the WHO started naming new variants after Greek letters to avoid geographical stigma. Alpha is the first letter of the Greek alphabet.

The Alpha variant was first discovered in the UK in September last year, specifically in London and the nearby county of Kent, which is why it was originally referred to as the “Kent variant.”

It eventually spread to 50 other countries and had become the dominant strain in the US by April this year.

Like other variants of concern, the Alpha strain appears to be more transmissible than previous iterations. It may also be 30% to 70% more lethal than previous variants.

A couple of months later, however, the virus began dying out as the Delta strain had become the dominant one.

The Alpha variant has 10 mutations.

The Beta variant was found in South Africa in Oct last year, though it has been detected in documented samples from May.

It led to a spike in infections and hospitalisations across South Africa, and has since been detected in 80 countries, including Singapore.

While it’s believed to be more transmissible, there’s no evidence that it’s more deadly than previous variants. There is some evidence, though, that it could make re-infection more likely.

It also appeared to have a stronger effect on younger people than previous variants.

The first documented samples of the Gamma variant were detected in Nov last year, in Brazil.

Researchers in Japan first discovered it in four travellers from Brazil in January.

It has since spread to over 20 countries, including New Zealand and Japan.

Due to the number of mutations found on its spike protein, which lays on the surface of the virus, scientists believe it is more transmissible as well.

There is also evidence that antibodies may not be able to recognise this variant, which may make carriers more susceptible to re-infection.

At the moment, while there’s still so much we don’t know about the new Omicron variant, the Delta strain remains the most dangerous and infectious of the lot.

First discovered in India in Oct 2020, it has since spread to over 100 countries – including Singapore – and has become the dominant strain worldwide.

The Delta variant is believed to have around 13 to 17 mutations, with different sources reporting different numbers.

Studies have shown that the Delta strain is the most infectious of all the variants; it is 40% to 60% more infectious than the Alpha variant and nearly twice as contagious as the original COVID-19 strain.

It has also been associated with an increased need for supplemental oxygen, meaning it’s more likely to cause severe illness in those infected as compared to previous variants.

With Delta becoming the dominant strain, the other variants – Alpha, Beta, and Gamma – have all but disappeared.

Why Does the Coronavirus Keep Mutating?

You may be wondering: why can’t the coronavirus just admit defeat and stop evolving?

Well, it’s not exactly its fault, just a consequence of evolution.

You can watch this video to the end whereby we simplify it for you: 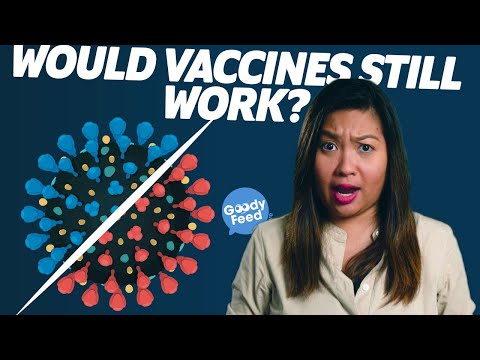 See, when a virus replicates, it makes copies of itself, but those copies aren’t always perfect. “Errors” in reproduction can lead to variants, some of which make the virus more transmissible, some which make it more lethal, and some which have no effect on its virulence and infectiousness.

Consequently, if a virus has a survival advantage – such as being more transmissible – it has a higher chance of not only surviving by thriving.

This is why the Delta variant is now the dominant variant across the globe.

As for whether the Omicron variant will take its place as Leader of the Coronaviruses, it’s too soon to say.

In fact, some experts believe that if it’s more contagious, the Omicron could actually speed up the end of the pandemic.