If you’re of the younger generation, then you might not know who Wang Lei is.

The Ah Ge or Brother of getai, his life story is filled with gambling, loan sharks and unexpected opportunities as a popular getai singer/host.

In fact, his life more exciting than the shows and movies he played, which he so explains in this video: 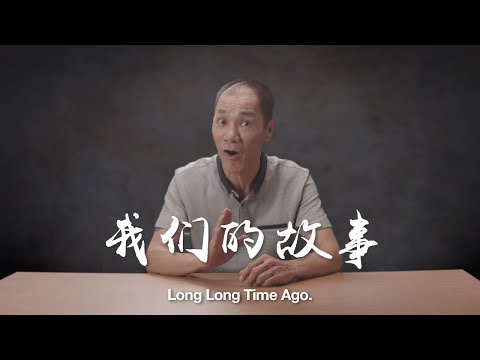 And if you’re wondering what a getai legend is going to do for a living in this pandemic, let’s just say that he had been modernised…

And then other merch.

On Wang Lei’s Facebook, his banner is now changed to “Sell Fish Brother”.

The man has been live-streaming to sell seafood since COVID-19 hit, and he’s so popular, people have tuned just to watch him talk even without buying anything.

In his Facebook live videos, he has moved on from just selling to even demonstrating how to cook them.

You might want to hold your horses if you’re already licking your screen.

Because other than seafood, he also appears to be promoting merch from other merchants.

Nevermind, continue licking your screen. Cause most of them appear to be food products as well.

And he’s hilarious in his videos. People liked him so much, the live videos got at least 600K views and one even hit 1.2M views.

For those who miss his voice, rest be assured that he hasn’t stopped singing.

In fact, Facebook live might just be the avenue for him to show off his talents in front of an audience, as he did before:

And finally, after so much success…

The business was so successful that just yesterday, he announced that he gathered a team and registered the company with the government.

And because he’s so popular…

Wang Lei also noticed that somebody have used his graphics to sell T-shirts without his permission.

Even your previous generation legends are social media influencers now. Can’t say that influencers are always those ah girls and ah boys in skimpy clothing any longer eh?

To stay in the loop about news in Singapore, you might want to subscribe to our YouTube channel whereby we’d update you about what’s happening here daily: