Another day, another question about the Covid-19 vaccination answered. Previously, the Ministry of Health issued two advisories regarding Singapore's Covid-19...
Read more

Here Are The Executive Orders Joe Biden Signed on First Day of Presidency &...

By now, we all know what a US President's executive order is thanks to Donald J. Trump. For the uninitiated,...
Read more

At a time when there are so many things we can't do, and countless things to worry about, only...
Read more

Before Covid-19, there was tuberculosis (TB). And if you think that TB is a disease of the 1970s, think again. Because...
Read more

When we left 2020 behind and celebrated the arrival of 2021, we expected things to get better. The pandemic was...
Read more

It’s been three days since Election Day in the United States, with the entire country and many other non-Americans in the world on their toes, heavily invested in seeing who’s going to take the presidential seat this time just like a blockbuster Netflix movie.

Coming at a time of a deadly worldwide pandemic, racial unrest, and many other natural disasters, the 2020 Elections and the battle between Joe Biden and Donald Trump is arguably one of the most interesting political issues of all time.

As much as we wish the results would finally be fixed, it still remains unpredictable up until the third day of vote counting, even if Biden is currently leading with 264 electoral votes over Trump’s 214 electoral votes.

It’s not easy to accept your losses, and that’s one thing. Most people would either cry and get over it, or smash a glass and punch a wall to get all the rage out.

However, the fear of losing has compelled a certain man to flex his legal power in hopes of making sure every vote is in his favour.

Sit tight, for it’s going to be a ride – but rest assured because Goody Feed will be here for you at every moment of it.

You might be wondering, what exactly does Trump think is the problem with the current votes?

Since the pandemic is still raging around the country, this year’s elections have seen a record number of early voters and mail-in voters.

Americans have the option to send in their voting ballots through the mail, and many are opting for it to avoid the large crowds they would have to face if they vote in person. This large number of mail-in votes will result in vote counting delays, for verification processes such as a signature and address check have to be carried out.

Different states also have different deadlines for the collection of mail-in votes. “Swing states”, or states where the results could go both ways, such as Pennsylvania and North Carolina have allowed a three-day and nine-day extension period to collect ballots from when they are mailed out on Election Day.

It’s also why the results have yet to be announced at this current point in time, as all the votes haven’t been tallied yet.

In typical Trump fashion, he tweeted that the voting committees should “STOP THE COUNT” on Thursday, for fear that his current leads over swing states like Pennsylvania will be lost after more (mail-in) votes are counted that may be in favour of Biden.

He also held the position that mail-in votes will only make way for more fraud, although there is no evidence of such a thing happening.

His followers defended his point, claiming that votes that arrived after Election Day are illegal, and shouldn’t be counted.

But of course, no one wanted to listen to his unfounded requests, and vote counts are still going on.

The desperation to block “illegal” votes and ensure that ballot counts are done properly have thus led to Trump and his campaign to file several lawsuits with regards to ballot counts in “battleground states” where the results are currently neck-to-neck.

In Pennsylvania, the Trump campaign filed a lawsuit on Wednesday saying that the vote count in Philadelphia County was not able to be “meaningfully” watched over by observers. This request was then granted by a Pennsylvania judge, allowing them to observe the counting of the remaining ballots.

An appeal was then sent in to the Pennsylvania state Supreme Court in hopes of overturning the decision.

However, Trump’s team didn’t stop there and filed another federal lawsuit on Thursday evening to stop the vote count, citing the earlier allegations as reason to do so, which was denied by judges.

Two more lawsuits were filed by Trump’s campaign on Wednesday, one of which alleged that Pennsylvania Secretary of State Kathy Boockvar illegally extended the deadline of collecting missing ID requirements from mail-in voters by three days from 9 Nov to 12 Nov, with no hearings on it thus far.

Just like a kaypoh auntie who likes sticking their nose in other people’s business, Trump’s team also filed a motion to join a pending lawsuit regarding the approval given by the US Supreme Court for Pennsylvania to continue collecting mail-in ballots until 6 Nov, three days after the Election Day.

Pennsylvania Democrats and Boockvar then asked the Supreme Court to deny this request, saying Trump is unjustified to join the lawsuit.

This means Trump filed four lawsuits in Pennsylvania within two days – quite a feat.

Sued Because Of Sharpies

Yep, you read that right.

While we like to use Zebra permanent markers here in Singapore, the American equivalent of it are Sharpies markers, which look like this: 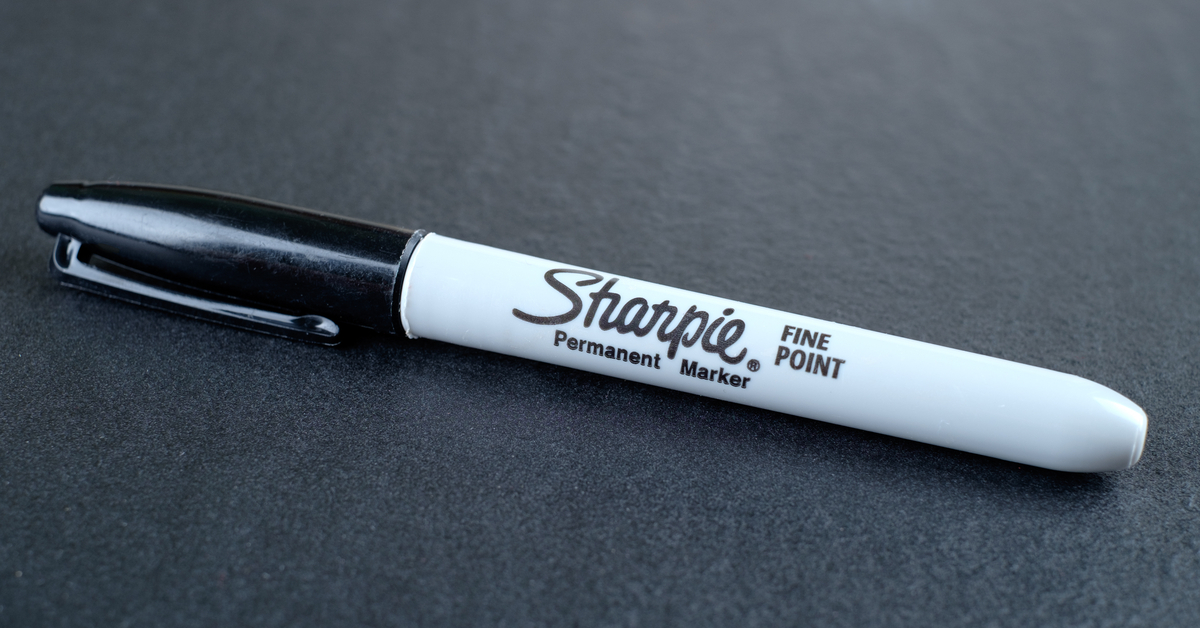 An Arizonan woman claimed that after using a Sharpie as provided by her polling place to fill out her ballot, her vote was unable to be read by voting machines.

This led to an outrage, with a conservative group, the Public Interest Legal Foundation filing a lawsuit against Maricopa County. They claimed that a large number of ballots would be disqualified as the ink would bleed through to the back of the paper and render the ballots uncountable.

Clearing the air on Wednesday morning, officials held that the ink from Sharpies would not cause a vote to be disqualified as it was perfectly fine. Even if it did, the vote tabulator would still be able to read their votes.

Attempting to intervene in this lawsuit, the Trump campaign and the Republican National Committee filed a motion to do so.

Georgia, Michigan, And Nevada Too

Other lawsuits were filed in Georgia, ordering the Chatham County to compile, store and account for all ballots arriving after the Election Day deadline, but it was dismissed due to a lack of evidence that the ballots he referred to were received late.

The Trump campaign’s Michigan lawsuit asked for vote counting to stop until campaign observers were allowed to watch the counting of ballots, alleging that they were denied close-up access to observe it. Denying the request, a judge stated that counting was largely done, and her formal ruling will be issued on Friday afternoon.

Nevada, the state that everyone’s currently looking at to see if it will solidify Biden’s lead as a win (win this and the race is over, and Biden is currently leading here), is not free from Trump’s suspicions. The campaign announced Thursday that they will file a federal lawsuit in Clark County’s court regarding fraud due to mail-in ballots, which has yet to take place.

While the battles continue raging on in these states, let’s continue holding out hope for the future of America, whoever you’re rooting for.

He Got Caught Doing Food Delivery 'Illegally' in Yishun
03:38

Showering in the Morning vs Evening: Which is Better?
04:36

Why Ah Beng threw butter out of the window? #shorts
00:10