10 Facts About Getai That S’poreans Should Know About

If you live in Singapore, chances are, you will definitely have seen a getai or two before either around your neighbourhood or otherwise.

From the surface, it seems that getai performances are usually rowdy and full of scantily clad performers belting out Hokkien tunes to lusty old men in the audience.

Most associate this annual flamboyance a religious and purely Chinese thing.

But here are 10 pretty interesting facts about the getai that you may or may not know that will make you want to go check it out when it comes around this lunar 7th month.

The first getai was neither religious nor strictly Chinese

In fact, it all started in New World amusement parks as an outlet of escapism in 1942 during the oppressive years of the Japanese Occupation. Getai thrived because of the scarcity of available entertainment and its entertainers included those from all the different ethnicities.

As English songs were banned, Chinese songs were sung instead. Nowadays, it is typically thought of as a tribute to our “brothers and sisters” that have long since left this world.

These performances were not always held outdoors. In the 1950s, getais were held in restaurants and amusement parks. Only when getai in the amusement parks started to decline did they decide to take it outdoors.

It wasn’t always about the flamboyant costumes, bright lights and raucous singing

Although singing was the main form of entertainment in the earliest getais, acrobatics, skits and dance were added not too long thereafter.

How big a getai is depends on our economy

Yes, you read right. As much as we want to preserve tradition and continue making our ghostly brothers and sisters happy, how large a getai can get is highly dependent on how much the Government is willing to give them.

If the economy isn’t doing well, then we can expect a much more scaled down getai.

You can only find getai in Singapore and Malaysia

Because so many of us deem getai as a predominantly Chinese thing, some of us may think it occurs in most Chinese-centric locations around the world too. You will be surprised to know that getai only happens in Singapore and Malaysia, occasionally popping up in Hong Kong and Taiwan.

The getai was such an interesting phenomenon that local director Royston Tan decided to make a film out of it. Nostalgic and heart wrenching at the same time, the film talks about two sisters’ struggles to make it in the getai industry and winning the affection of one man.

This film grossed over $12 million within a month of opening and was adapted into a musical in 2011.

You know about getai and its performances through the years but did you know that there was an award show for it? Apparently, STOMP decided to hold an awards ceremony for getai in 2012 to preserve and promote the culture of getai.

There was a getai challenge just in 2015

There was a “GeTai Challenge – The Ultimate Battle” that was aired on Channel 8 in 2015. It was a singing reality show where Desmond Tan emerged as the winner.

Sometime during the 1970s, Chinese Wayang was performed as a tribute to the spirits during the 7th Month, or more commonly known as the Hungry Ghost Festival.

Why is the first row of seats always left empty?

I purposely left this for the last. For the uninitiated, you must remember never to occupy any of the seats in the front row of a getai because those are reserved for our “brothers and sisters” from another world.

Many people may think that this point is going to scare off rather than attract people to check out the upcoming getais but trust me, curiosity always gets the better of us.

To know more about getai and the Hungry Ghost Month in general, watch this video to the end: 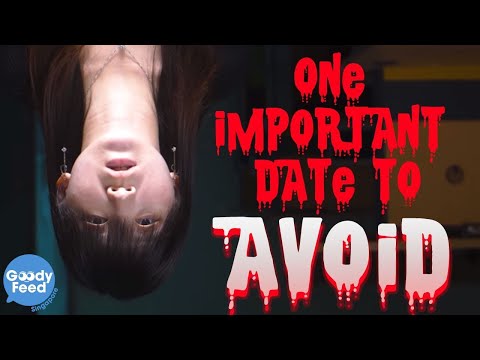