11 ‘Dangers’ of Being a PHV Driver, Despite You Being Your Own Boss

Some people think that being a private hire vehicle (PHV) driver could well be the best job in the world: you have your own transport, you decide your working hours and you’re your own boss.

After all, you don’t need to answer to anyone except yourself.

But hold your horses, my friend.

Being a PHV driver isn’t as simple as it seems. In fact, there are people who jumped on the bandwagon and realized the high life they’ve been expecting was not only unattainable, but far from what they had expected.

Putting the stress and the long working hours aside, being a PHV driver isn’t exactly “safe” as well. Have you thought of these “dangers” that every driver has to face daily?

Now, do yourself and the driver a favour and read this in entirety. You might just treat your driver better on your next trip.

Now, if you prefer to watch, we’ve done a video just for this topic #youarewelcome 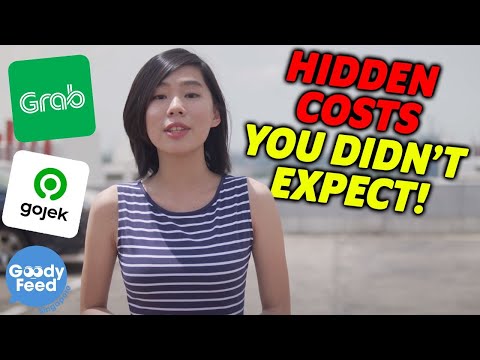 This is purely an opinion, but let’s touch our hearts and face it: every employer wants their employee to contribute to the bottom line. If an employee is just in an office sitting down and not contributing, he or she will be redundant sooner or later.

And let’s face it: ride-hailing firms are losing money every day just to gain more users (if not, what? Contribute to society? Then might as well donate money to charity, no?).

The bulk of the money is to the drivers – so, what happens when they get enough users? The market will eventually be saturated.

Because no sane firm would lose money for years and not bow out. After all, we’ve got not one but two private-hire firms dropping out of Singapore in mere months (Uber and Jugnoo).

So you’re a driver and have contributed to bringing in users: Once the market is disrupted and users are brought in, you should really be worried.

Danger Of Getting Into An Accident That Results In Injury

While not all of them could implicate the driver, he is on the road, which means the danger is much higher.

Now, think about it: 8,277 accidents mean there are 22 accidents daily that result in injury. If your grandparents have once told you that driving is one of the most dangerous activities in the world, they’re pretty much correct.

Most PHV drivers in Singapore rent their cars, and if they get into an accident, they would have to pay the CDW (collision damage wavier), sort of like excess for personal cars.

While they won’t need to pay a cent if it’s not their fault, it’s almost impossible for one not to have one moment of carelessness, especially when you’re driving almost eight hours daily.

The CDW could range from $1,000 to $4,000, depending on the car rental company, while excess for an owned vehicle is usually around $500 (vehicle owners are usually more concerned about their NCD than excess).

As a normal driver, you might think that getting into two accidents (without injuries) a year is not uncommon. Imagine having to drive 10 times the journey—it’s a scary thought, isn’t it?

Danger Of Losing The Job Due To Low Rating

Do you know that if the average rating you get is below a certain star, your account will be suspended?

This is the reason why most of the PHV drivers are politer than cab drivers, hoping that you would give them a five-star rating. But here’s when it gets tricky: some people like to give three stars as an average.

Imagine the horror when you realize you’re out of a job because you’ve fetched too many of those three-star warriors.

But of course, not all private-hire firms have this policy, but hey: it’s how the industry works. Accept or be replaced.

This isn’t an if, but a when: driverless car technology is already here, and now, it’s a matter of how to make society accept it.

In fact, Singapore is one of the seven cities featured in a Business Insider article to be the forerunner of driverless cars.

Ironically, the ride-hailing firms are also the ones who have invested in driverless cars. It’s like a school investing in robot teachers—all it takes is just one change in policy and drivers all over the world would be flooding job fairs.

Which would have serious repercussions. Read on.

Danger Of The Lack Of Skills Due To Current Job Nature

A PHV driver does primarily just one thing: driving. Unlike other companies that try to get employees to learn new things so that they can be deployed elsewhere should they get redundant, there is no such privilege for PHV drivers.

This lack of opportunity might seem far-fetched now, but given the impending driverless cars, it’s actually something that all drivers should worry about first.

Unless you’re a PHV driver, you most likely won’t know about the incentives that drivers get on top of the fares they earn.

Ride-hailing firms give monetary incentives to drivers who clock a certain number of trips within a period of time. While they might not be higher than the overall fare, it’s something that keeps the driver loyal. For example, clocking 40 trips in five days could mean an incentive of $260.

The incentives, at least according to forums and certain drivers, have been allegedly decreasing. Whether it’s due to the heightened competition or market forces, the real danger is the drivers’ helplessness: they can’t do anything to increase the incentives. Even if they perform, the incentives remain at the same amount.

It’s almost like getting a job that provides a salary that might just drop. That itself is a scary thought, isn’t it?

One can simply switch to another company, but let’s face it: if the incentive is dropping in one company, it most likely is going to drop in another company, too. That’s why there’s a thing known as “market rate”.

Danger Of Getting Complacent

Ask any boss what their greatest fear is and one of which should be complacency. Ensuring that employees don’t get complacent is one heck of a job; it would be much more difficult for a boss not to get complacent.

And since a PHV driver is a boss, you can expect it to be an uphill task.

The consequence of waking up late is just less earning? They might just let their tiredness take over, and soon, that tiredness becomes complacency and paying the bills suddenly becomes a problem. The cycle then goes on and on.

You can blame it on the driver’s lack of self-discipline, but come on: if you’re a salaried worker, would you mind waking up later every day without immediate consequences?

In a typical job, being sick means you can call in sick and other than facing colleagues who might just label you as an “MC King”, there isn’t much of a serious consequence.

If you’re a PHV driver and you’re sick, for say three days, you’ll still be paying hundreds of dollars for a car that you’re not going to use. And not to mention those income-less days.

Yes, they might have traded the flexible hours for benefits, but MC has always been an entitlement. Now they’ve lost that as well.

Danger Of The Lack Of CPF

Unless you’re a PHV driver who bothers to contribute to your CPF, you would be one of the many who don’t believe in putting money into an account that you can only draw twenty years later.

The danger here might not be immediate, but ten or twenty years down the road, you might just regret your decision now.

And we haven’t even spoken about buying a new house.

Danger Of Losing Your License (And Your Job Altogether)

If you chiong a red light twice, you would have effectively lost your licence.

While you can argue that you might not even survive for driving so recklessly, the reality of losing one’s licence is real. Just ask around and see if any of your friends have lost their licence, or at least gotten some demerit points.

Of course, the solution is always to drive safe, but seriously, who deliberately drives unsafely?