It’s Covid-19, which is another way of asking businesses to turn to creative means to survive.

Live-streaming concert shows and asking for funding is level 1.

Level 2 is converting an entire aircraft into a sightseeing tool and bringing people to circle around ice caps and snow.

And that’s exactly what Qantas is offering in Antarctica.

This is Antarctica, the southernmost continent and the site of the South Pole

Basically, the airline will use their Boeing747 to ferry Australian passengers to Antarctica to sightsee, then fly all the way back to Australia.

According to their website, this will be a 12-hour flight, with four of it flying over white, beautiful snowscapes.

Prices are pretty steep, but considering it’s for a 12-hour flight, what do you expect, right?

The first sighting of the ice will be around the 3-hour mark, so you have that time to prep all of your camera equipment.

I know what you’re thinking: Wait, if I don’t get a window seat, will I see the ice, or do I just feel the ice?

According to the screenshot captured by Mothership.sg, each passenger will be given two boarding passes.

Midway through the flight, an announcement will be made to get the passengers to follow the seating arrangement on the second boarding pass.

Thankfully (for those who wants to sightsee Antarctica), this is considered a domestic flight and no passports are needed, although you’ll still need to provide a government-issued photo ID when boarding.

Some of the safety measures mentioned include a personal Qantas pack which contains a disposable mask, sanitiser and disinfection wipes.

Passengers also have to go through a health declaration form and have their temperature taken before they can board.

According to the website, the first flight taking off from Australia is in Nov 2020.

As mentioned, there are no international flights allowed in or out of Australia so if you’re not living there, the only place you can see a flyover of Antarctica is through this video below: 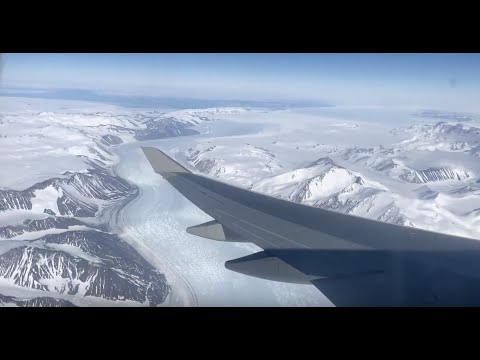 Experts have previously said that it might take until 2024 before global travel can recover to pre-Covid-19 levels.