With K-Pop music being all the craze in recent years, you’ve probably heard of boy group BTS even if you don’t listen to their songs.

As one of the most prominent groups in K-Pop today, BTS, also known as Bangtan Boys, has taken the world by storm over the years with their various hit songs such as “Butter” and “Mic Drop”.

Apart from being the best-selling group in the K-Pop industry, the group has also ventured into the Western market, appearing in shows such as The Late Late Show With James Corden.

But it seems like we won’t be hearing any new music from the K-Pop supergroup for the time being, for they just announced that the group will be heading into a hiatus for now.

Since their debut in 2013, the group has consisted of seven members: Jin, Suga, J-Hope, RM, Jimin, V and Jungkook.

As a tradition, the septet holds a “FIESTA” dinner every year during their anniversary.

The dinner is recorded and posted on the group’s official YouTube channel, with members speaking in Korean and English subtitles being typed out on the screen. 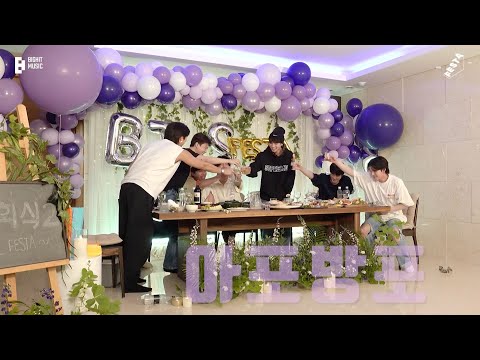 However, fans were in for a much different surprise than usual during this year’s FIESTA dinner video.

Around 20 minutes into the live stream, member Suga announced, “We’re going into a hiatus now.”

Prior to this announcement, the group took short breaks in 2019 and late 2021.

RM, BTS’ leader, said that he “didn’t know what kind of group [they] were anymore” after achieving great success within the industry, such as having multiple singles of theirs being nominated for the Grammys.

He also mentioned that the group members have been “exhausted”.

“I’ve always thought that BTS was different than other groups,” the 27-year-old explained.

“But the problem with K-Pop and the whole idol system is that they don’t give you time to mature.”

Fellow member Jimin, 26, also shared how the members are “slowly trying to figure things out now” and that they are “starting to think about what kind of artists [they] each want to be remembered by [their] fans.”

“I think that’s why we’re going through a rough patch right now, we’re trying to find our identity and that’s an exhausting and long process.”

J-Hope, 28, also echoed similar sentiments and said that the members “should spend some time apart to learn how to be one again”.

“I hope you don’t see this is a negative thing, and see that it’s a healthy plan.”

Towards the end of the video, some of the BTS members started to become teary-eyed while they thanked their fans, who are part of the fandom known as “ARMY”.

Since then, ARMYs across the globe have taken to social media to express their sadness at the group’s hiatus, but also added that they will continue to support the members in their individual endeavours.

After news of the group’s hiatus broke out, fans across the globe started worrying about whether or not this meant that BTS would be disbanding soon.

However, the group debunked those rumours and clarified that the indefinite hiatus does not mean that the group will not make music together in the future.

“It’s not that we’re disbanding – we’re just living apart for a while,” Suga, 29, clarified.

Jungkook, the youngest member of BTS, also added, “We promise we will return someday even more mature than we are now.”

The 24-year-old also asked for the “blessing” of their fans.

In the video, J-Hope also expressed his wishes for BTS to “become a stronger group” through the hiatus, and that the time off from being together would be “important… for BTS’ second chapter.”

“I hope all our members stay healthy while they spend time on our own,” he added.

BTS’ Success Over the Years

The group, which is managed by Big Hit Entertainment in South Korea, has often been regarded as the group that led K-Pop into the global market.

As the first K-Pop group that was issued a certification from the Recording Industry Association of America (RIAA) for their single “Mic Drop”, BTS was also the very first Korean act that clinched first place on the US Billboard 200 with Love Yourself: Tear, a studio album released in 2018.

BTS also achieved this feat on Billboard’s US Top Singles chart with “Dynamite”, the first BTS song to be fully sung in English.

The group also holds the record for the fastest time taken to have five US number-one signals after Michael Jackson.

Apart from that, BTS has released four albums that reached the number one spot in less than two years, a feat that few groups have accomplished since The Beatles.

BTS was also the first Asian and non-English speaking act that was awarded the title of Global Recording Artist of the Year by the International Federation of the Phonographic Industry (IFPI).

Apart from their achievements in music, BTS has also been involved in other causes such as advocating against racism towards Asians. 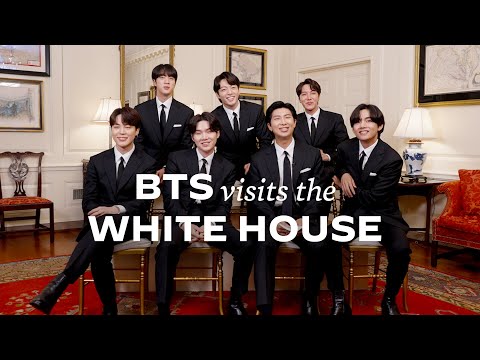 The video, which showed the members decked out in black-and-white suits and ties, featured White House Press Secretary Karine Jean-Pierre who interacted with the group before they got to meet US President Joe Biden.

The group was there to speak with Biden about anti-Asian racism, which has been on the rise in America since the COVID-19 pandemic started.

Suga said, “It’s not wrong to be different. I think equality begins when we open up and embrace all of our differences.”

The White House also spoke highly of the boy group and even said that the BTS members are “youth ambassadors who spread a message of hope and positivity across the world.”

Thus far, the video has raked up 2.7 million views on YouTube, apparently around ten times more views than most other videos on the White House’s YouTube channel.