Charles Yeo? This name might ring a bell for some. Back in the 2020 General Election, the former Reform Party chairman became a meme overnight for his “less than spectacular” use of Mandarin. More recently, he has returned to the spotlight, albeit for a different reason.

Yeo was arrested on 12 January for alleged criminal breach of trust, of which he made a hoo-ha about on his Facebook and Instagram pages. Well, now he is once again butting heads with the law.

On 19 January, Yeo, 31, was handed charges in court over social media posts he made that allegedly harassed a police officer and wounded the religious feelings of Christians.

He received three counts under the Protection from Harassment Act (POHA) of posting Instagram stories with threatening and insulting remarks.

He was also charged with three counts of making or attempting to make remarks to attack the religious feelings of the Christian community.

Most of us would try to avoid trouble with police officers, but not Yeo. In November 2020 and January 2021, Yeo made abusive, insulting and threatening posts against a police officer on his Instagram page.

In the posts, Yeo referred to the officer by name and called him “nothing but a pathetic coward and collaborator with an authoritarian regime” who “should be tortured before execution”.

Yeo was also accused of making a post on his Facebook page (which has since been deleted) in November 2020. His posts intended to attack the religious feelings of Christians who do not stand for homosexuality as it is contrary to their religious beliefs.

In his post, he referred to such Christians as “radical and dogmatic” and “fake Christians who use religion for personal gain”.

Furthermore, in February 2021, Yeo made two posts on his public Instagram page, attempting to wound the religious feelings of Christians once again.

In them, he named certain Christian churches and referred to them as “homophobes with their trash agenda” and “radical Christians” who “are homophobic and distort the message of Christ”.

Yeo was represented in court by lawyers Ashwin Ganapathy and Azri Imran Tan of IRB Law. Mr Ganapathy told the court that Yeo intends to dispute the charges for wounding religious feelings of Christians.

His mother was named as his bailor and his bail was offered at $5,000. After which, the prosecution reinforced that Yeo should be “mindful” of what he further posts on social media. If he posts anything like the alleged posts in his charges, he might find himself in even hotter soup.

The judge reminded Yeo not to re-offend or his bail may be revoked and a pre-trial conference was set for Feb 25.

With his Instagram page being fuelled by hate towards the People’s Action Party, it is quite likely that we will be hearing from Yeo’s social media page once again.

Can’t get enough of the Charles Yeo saga? Check out this video below: 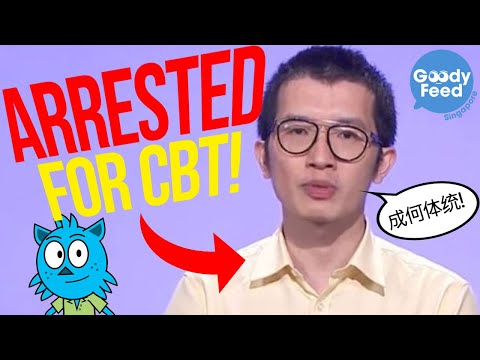