Everything About Don’t Look Up, The New Netflix Movie That Just Dropped in Netflix

6 Men Reportedly Robbed Over $30k in Cash from Another Man in Jurong Point...

Company Charged for Making Over 430K Surgical Masks Without Licence

S’pore Reports Over 3,000 COVID-19 Cases a Day After Including ART Results

OCBC Introduces New Measures to Prevent Scams, Like Notification Even for $0.01 Transfers

Have you ever looked up in the sky and wondered, what if one day humans are going to be extinct just like how the dinosaurs did—via a falling comet? Then you laugh it off and go back to watching The Simpsons because it’s an impossible thought, right?

Netflix latest star-studded movie, Don’t Look Up, focuses on that impossible thought in a satirical manner.

Before you read on, here’s the trailer: 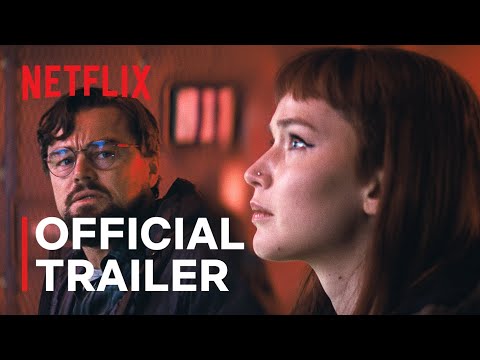 Everything About Don’t Look Up, The New Netflix Movie That Just Dropped in Netflix

Directed by Adam Mckay, the mastermind behind Anchorman and The Other Guys, Don’t Look Up is his latest star-studded movie which is about how two low-level astronomers attempt to warn the world about a falling comet that will destroy the Earth, but nobody seems to take them seriously.

Played by Academy Award winners Leonardo DiCaprio and Jennifer Lawrence, these astronomers go from the government to the news agency and even to Riley Bina (played by Ariana Grande) to tell them the news but to no avail, because it’s too far-fetched or it’s too expensive to destroy.

This film had a $75 million budget, with DiCaprio allegedly being paid $30 million and Lawrence being paid $25 million.

It was initially announced as a theatrical release back in 2019, but Netflix bought over the movie a few months after the movie was announced when COVID-19 hit.

Although it was released two days ago, there was already almost 60,000 ratings on IMBD with most of them voting eight out of 10.

The hidden meaning in the movie is about climate change and how most people are ignoring it.

Everyone is so focused on the dysfunctional state of the politics and media that climate change, the very thing that can end the earth, is being ignored.

The title reflects the ostrich approach where you “bury-your-head-in-the-sand” and hope everything turns out well on its own but it won’t.

Aside from climate change, the movie also can be a reference for the COVID-19 pandemic where people are indifferent about its effects on the world.