When You Type GG on Any Facebook Comment & Tap on It, a Fist Bump Animation will Appear

What comes to your mind when you say “GG”?

Probably when something bad happened, right?

Student A: Siao liao, I didn’t do my homework. GG liao, Mrs Tan going to make me stay back today.

That’s normally how Singaporeans interpret it, but according to Facebook, GG has a totally different meaning.

When You Type GG on Any Facebook Comment & Tap on It, a Fist Bump Animation will Appear

For those who haven’t tried it yet, whenever you type “GG” on Facebook, it’ll turn the letters pink.

But that’s not the only thing that happens.

It also turns the letters into a clickable icon.

And when you click on it, you’ll be treated to an animation of a fist bump. 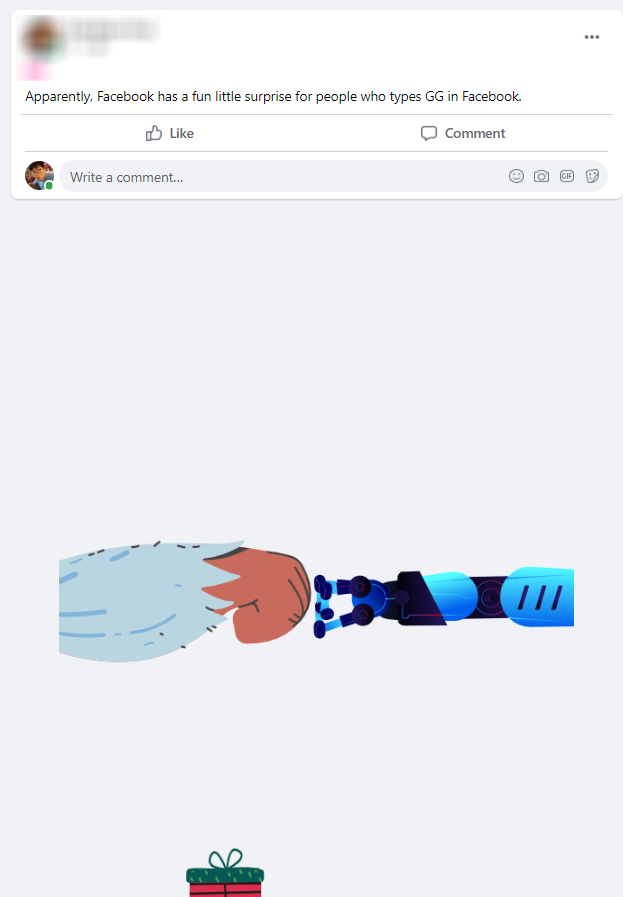 But wait, there’s something even cooler in here.

Apparently, this is a 3-in-1 package where you get not one, but three different animations when you click on the same “GG”.

The second features a robotic hand fist-bumping with a skeletal one. Let’s just say it didn’t end too well for Mr Skinny Bones there. 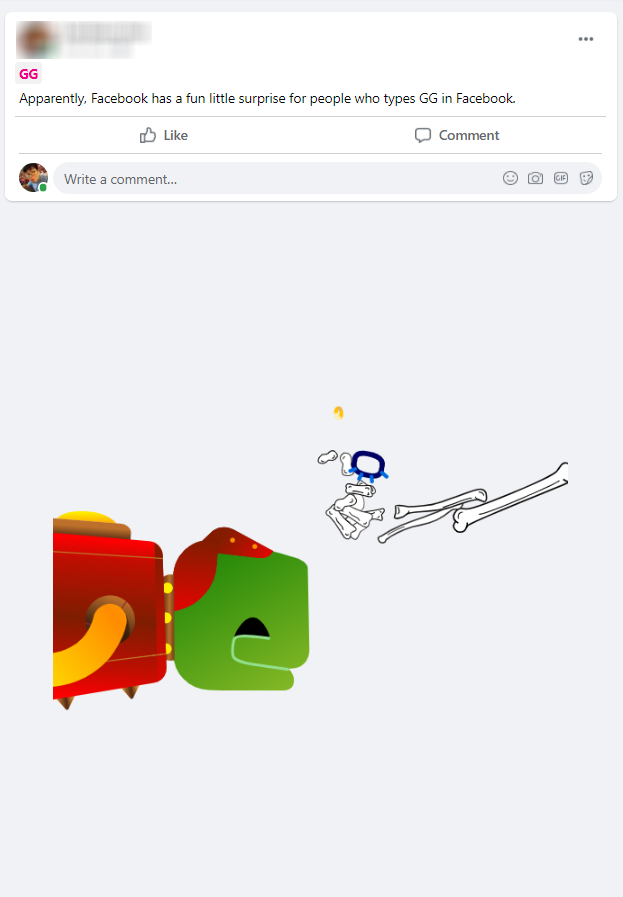 There’s also one between a soldier and a boxer, as far as we can tell. 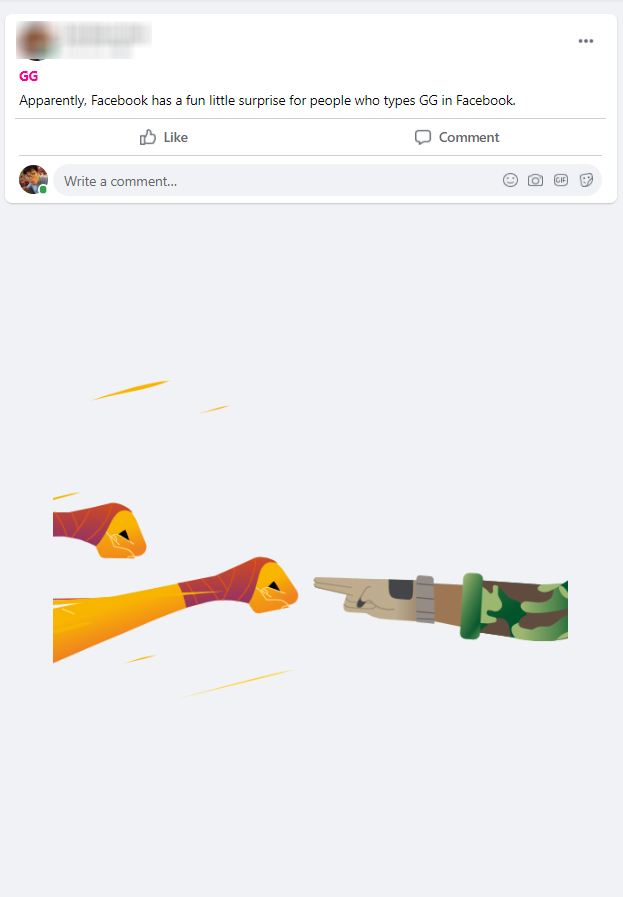 GG aren’t the first words to contain such features either, and you’ve probably come across a few in your lifetime (unless you’re too young to have a Facebook account, that is).

“Congratulations” or “Congrats” will turn the words orange and give you a balloon and confetti animation while the “you’re the best” words will trigger tons of bouncing thumbs up.

GG, in Facebook’s case, refer to Good Game, a traditionally-spoken acronym to tell your opponent, and your team, that they did well in online games.

Of course, depending on who you’re speaking with, “GG” could take on a whole new different meaning.

Since it’s now on Facebook, chances are that your mom and aunt will know what the term means sooner or later.

By the way, we did a video to see what type of millennial lingo the older generation knows and, let’s just say, it’s hilarious. 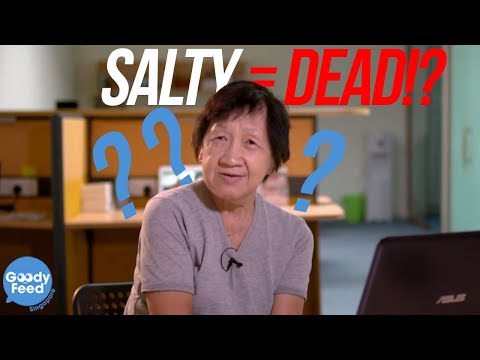 By the way, did you know that Telegram is looking to launch “for-profit” services next year? Don’t worry, though, because the founder has also promised something to users.

You can find out more about it here.