NTU Researcher Charged With Offering $374 to Have Sex with 12YO Girls & Possessing...

S’pore-Based Influencer Earns $7.5 Million from Her NFTs in Less Than 2 Weeks

Dee Kosh to Plead Guilty to Sexual Offences; Faces a Total of 7 Charges

Covid-19 has not been kind to the tourism industry.

With countries all over the world implementing border restrictions, tourism has greatly declined, forcing travel lovers to post photos of their food instead of picturesque holiday spots.

As a result, once bustling tourists sites now look like the streets of a post-apocalyptic world in a video game.

One country that is having a particularly tough time with this is Japan, whose tourism sector has taken a severe blow.

In fact, the country has seen a 99.9% drop in tourists visiting the country, from 3 million at the start of the year to 3,800 in July.

To illustrate how badly hit the local tourism industry has been, a Japanese YouTuber recorded his visits to tourists attractions in the country.

The man, Shinichi from the YouTube channel Shinichi’s World, visited the Sensoji Temple at Asakusa last month, and documented his explorations in a video titled “The Empty Streets of Asakusa”. 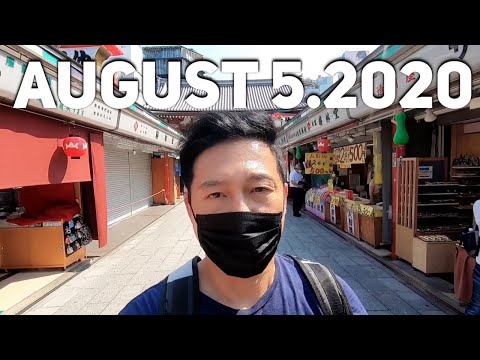 Shinichi, a local resident, visited the popular Sensoji Temple, the oldest and most famous temple in Tokyo with a history going back 1,400 years.

The ancient Buddhist temple, which became independent after World War II, is reportedly the most widely visited spiritual site in the world with over 30 million visitors annually.

Now, however, the temple is as empty as a Goody Feed writer’s mind.

The huge red lantern at the entrance where tourists would typically be grappling for spots to take pictures is now devoid of people.

Shinichi looks on in disbelief as he walks through the empty temple in the afternoon, saying he’s never seen it like this before.

He added that he had actually planned on coming earlier in the morning because he wanted to avoid the crowd, and didn’t expect it to be this bare.

Even the shopping areas around the tourist spots were empty, and many stores were closed. 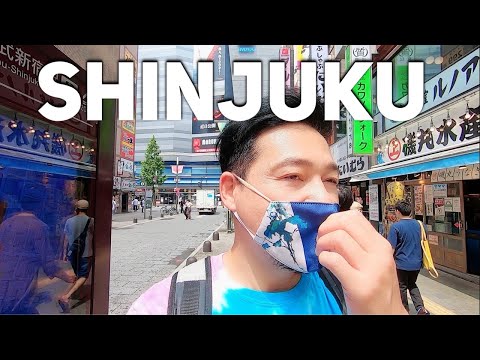 The Golden Gai district, where the famous Godzilla statue is, was shockingly empty as well.

Golden Gai is famous for a series of alleyways that is lined with popular bars, and even though the area is more crowded at night, tourists used to throng the streets even in the day, according to Sora News 24.

But as Shinichi strolled along the alleyways, there were very few people, if any, in sight.

The Hanazono Shrine, a shrine that was founded in the mid-17th century, was just as desolate, and now seemed slightly eerie.

I mean, would you come here alone at night?

It certainly is a sad sight. Tokyo without tourists is like Nasi Lemak without the sambal. It’s just… odd.

According to Kyodo, the Japanese government has begun talks with 16 nations and regions on easing travel restrictions for business trips.

This includes Singapore, as the two agreed in August to resume essential business travel.

An agreement is expected to be finalised by early September, according to CNA.

“Japan is one of the countries with whom we are discussing setting up reciprocal ‘green lanes’ to resume essential travel with the necessary safety precautions,” said PM Lee.

“We are proceeding cautiously, as COVID-19 is still very much a threat.”

Sure, this arrangement will only allow travel for business and official purposes, but it’s a sign that borders are finally opening up, and that leisure travel may soon be possible.

Let’s hope that the tourists hotspots above don’t remain vacant for too long.

While we can’t travel to Japan now, how about going on walks in Singapore since it’s the Sakura season right now? Here’s where you can spot ’em: