KFC Szechuan Chicken: We Tried it & Here’s What We Think

Another Friday, another fast-food review! (Also, another reason for us to grow fat)

Before that, do any of you guys actually remember the McDonald’s Szechuan sauce craze?

Popularized by a certain cartoon series, it pretty much set the internet on flames.

Furthermore, social media platforms were all raving about it, leaving people like us (who have no access to it) wondering about the taste of the delicious sauce.

Perhaps in an attempt to hop on the band wagon, KFC has decided to release a new dish.

Spiciest chicken ever? Sure anot? Now we gotta try that.

The flaming hot sauce looks fantastic too, although we have since learned our lesson about judging a book by its cover. (Adverts, especially)

Once again, by the power of our boss’ credit card, we’ve decided to summon the delivery service!

Let’s dip it into the hot sauce and give it a good whirl! Itadakimasu!

That wasn’t too bad.

Honestly, I was expecting more kick leh. I mean, it’s the “spiciest chicken ever” after all.

The meat is tender and the skin is crispy, nothing you wouldn’t expect from a piece of KFC fried chicken.

It’s spicier than the regular crispy chicken, I’ll give it that.

The sauce is mildly sweet with a peppery taste similar to that of a Mala Hotpot. It complements the chicken quite well, adding distinct flavours to the crispy skin. I wouldn’t mind using the Szechuan sauce as a dipping sauce for fries too.

Other than that, I can’t say I’m too impressed with it. Guess the hype raised my expectations too much. (Well, I’m sorry)

At $19.90 per buddy meal, it was reasonably priced. It’s good for those who want to try this out with a friend. Honestly though, I would rather spend my money on a Zinger meal.

Final verdict (At least they tried):

(P.S. to put some context to the headline, Zhi Hao is my colleague who can’t take anything spicy. We’ve since turned his name into a noun)

Since you’re here, why not watch a video about an NTU student who went all out to impress his crush, only to end up in…tragedy? Here, watch it and do remember to share it (and also subscribe to Goody Feed YouTube channel)! 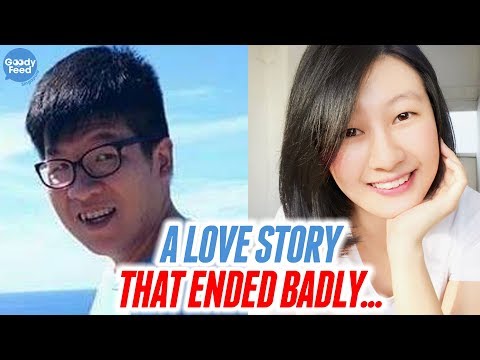