While the entertainment industry may seem interesting and fun to be a part of, some of us might know by now that it’s not all glitz and glamour.

Most recently, former TVB actress Linda Chung took to YouTube to talk about her experience of being bullied while on set in the past.

The Canadian-Asian actress, who is currently pregnant with her third child, released the following video on her YouTube account a few days ago. 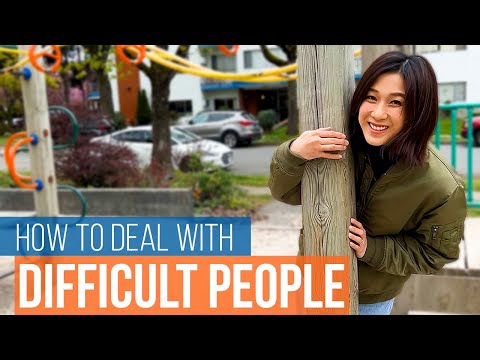 Although she did not specify any names, she did say, “I have met people in the past who made me feel hurt and lose confidence in myself, and even gave me the feeling of being bullied.”

Throughout the 15-minute video titled “How to Deal With Difficult People”, Chung imparted some of her own tips and ways that she dealt with the situation she was faced with at work.

Although she admitted that she used to feel dejected about being bullied and tried to find ways to resolve the issue, it dawned on her afterwards that the most effective solution was right in front of her.

The solution? To do absolutely nothing.

“When you meet someone who doesn’t like you and picks on you, that is their problem. Don’t blame yourself for everything,” she explained in a mixture of Cantonese and English.

She also mentioned that bullies would only be more inclined to continue their antics if victims react to them, while they might not continue if the victims do not.

The video has since attracted more than 130 comments from YouTube users, with many comments being supportive of Chung.

Currently, Chung is living in Vancouver with Jeremy Leung, her chiropractor husband. Leung is 13 years older than her, and the couple tied the knot secretly in 2015.

Chung also recently appeared in Kids’ Lives Matter, a TVB drama, marking the first time she has appeared in a television show in three years.