During the Indian Open final on Sunday (16 Jan), Singaporean shuttler and rising star Loh Kean Yew met with his first defeat as world champion when he was beaten 24-17, 21-17 by India’s world No. 17 Lakshya Sen.

The battle of wits and will lasted for 54 minutes at the Indira Gandhi Indoor Stadium, with 20-year-old Sen coming out ahead with his better defences and fewer missed shots to claim victory at the US$400,000 event in New Delhi. 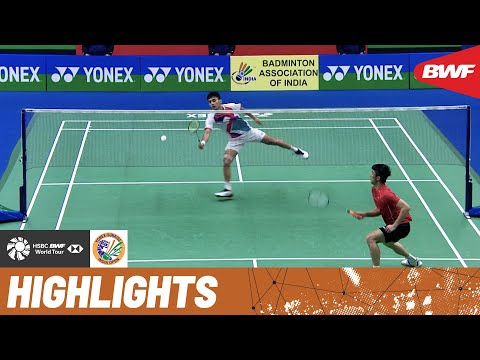 Out of the five encounters he had with Loh in international circles thus far, this was Sen’s third win.

Although the 24-year-old Singaporean will be disappointed at missing his shot at his second Super 500 and eighth career title, his loss at the India Open will not be a setback.

After all, he had been a shining dark horse when he won his first Super 500 event last November at the Hylo Open in Germany, only to stun the fraternity again the following month by obtaining the joint-bronze at the BWF World Championship in Huelva, Spain.

Regardless of his defeat, Loh is still expected to seat himself on the 12th position among the world’s badminton players—which is a momentous career high for him—while Sen’s ranking should be moved up to the 13th.

The Highs and Lows

However, the India Open has also brought more pleasant surprises to Singapore.

The once 182th-ranked Singaporean couple, who had just gotten married last October, are expected to rise to the Top 100 in the leaderboards as they take away the cash prize of US$31, 600 at the India Open.

This is their seventh title together but first Super 500 triumph, the fourth tier of the Badminton World Federation World Tour circuit.

For the couple, the journey to making a name for themselves had been ridden with figurative cuts and bruises.

Their partnership had been brought to a halt in 2019 when Hee enlisted for National Service, and they only reunited on the court in 2021. Likewise, Tan had a surgery for her shoulder in 2018 and her knee in 2020.

The 26-year-old female badminton player, especially, admits that it had been difficult to restart from scratch and climb back to her initial top form.

Tan stated that the victory meant a lot to her because it proved that their dedication and effort into the sport had not been for naught.  She also expresses her gratitude towards the Singaporean Sports Institute and physiotherapy team that never gave up on her despite her injuries.

The duo will be competing in this week’s Super 300 Syed Modi International in Uttar Pradesh. The couple have their eyes fixed on the prize of the SEA Games and Commonwealth Games.

All in all, the future is looking bright for the Singaporean badminton players.