Budget 2020: GST Hike Will be Postponed But Will Eventually Occur Before 2025

This year’s Budget is going to be important since it’s the year that our economy would be hit severely by a nasty bug known as COVID-19.

You know what’s coming: financial help for businesses so that we can still keep our jobs, drop in GDP growth (not just in Singapore but worldwide) and many other new initiatives set to cushion the virus’ impact on society.

Reader Bao: Nothing to do with me mah. Can the TV show other stuff instead of that guy with glasses?

No, Mr Bao. One of them is going to affect everyone—even the student whose only contribution to the economy is the daily purchase of bubble tea.

Because the projected GST hike, which was announced in 2018, would be postponed.

Here are the deets for this, erm, breaking news.

If you don’t then here’s a video we’ve done on this topic: 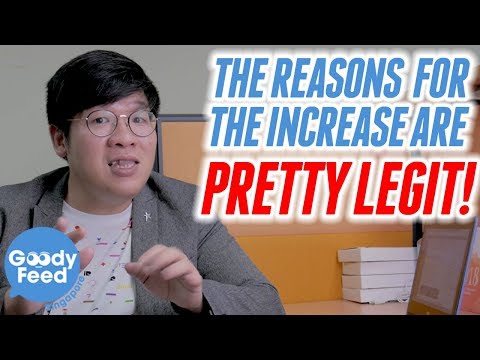 It’s unknown which year the hike will commence or whether it’ll hike 2% at one go or if it’ll hike progressively.

2021 is less than 12 months away, so there’s a chance that the above-mentioned student would need to pay more for his daily bubble tea, and our dear Mr Bao will be affected.

But not anyway: Mr Heng Swee Keat, who’s now not just our Finance Minister but also the front-runner to be our next Prime Minister, had made a decision today after “reviewing our revenue and expenditure projections, and considering the current state of the economy.”

However, the hike will still occur before 2025. In fact, if you’d have remembered, one of the reasons for the GST hike is due to increasing healthcare costs. Watch the video above if you still think that the GST hike is made so that politicians can buy more bubble teas.

And Mr Heng added, “We will not be able to put off the increase indefinitely. In fact, this outbreak has reinforced the importance of continued investment in our healthcare system, including the capability to deal with outbreaks.

“And we will still require recurrent sources of revenue to fund our recurrent spending needs in the medium term.”

Pretty apt in this case, indeed. Without money, we might not even have the money to test so many patients.

It’s also mentioned that most of us would receive offsets to cover at least five years’ worth of GST increase, which comprises a $6 billion offset package.

Each adult Singaporean will receive a cash payout of S$700 and S$1,600 over five years.

In the meantime, let’s cheer because the prices of bubble teas are going to be consistent for at least 20 more months.