Goods and Service Tax in Singapore is commonly known as GST.

The joke is that you can’t scare a Singaporean with a ghost, but you can scare one with the mention of the phrase “GST increase“.

It was implemented in 1994, and has been rising since. What should we know about the GST in Singapore? Here are 10 facts that you should know.

If you prefer to watch this topic, here’s a video we’ve done: 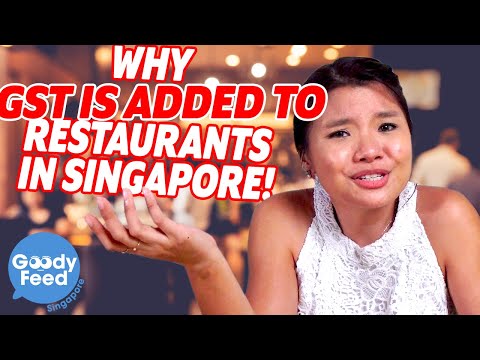 From Policemen to Firemen, our GST money is used to pay all these unsung heroes of the countries.

This is why we often say we’re the boss of the country because we contribute to the salaries of people working for the Government.

GST Voucher Scheme is there to offset the increase in GST, but no, it’s actually to offset any GST payable by the lower-income folks

The whole idea of the GST Voucher Scheme is to give the poor guy $0.18 so he won’t need to pay GST at all, while the rich guy still pays the full GST.

Through the GST Voucher Scheme, lower-income people will receive cash and rebates that are supposed to totally offset the GST they pay, while the higher-income people won’t receive a single cent.

But of course, it’s hard to determine how much GST a low-income individual pays, so it’s based solely on agaration.

In other words, if you’re a low-income fellow who orders fish at cai png, then too bad: the GST Voucher Scheme won’t help you fully.

But if you scrimp and save, it MIGHT offset the full GST you’d need to pay.

Fun fact, do you know that over 60% of GST collected by individuals and households come from foreigners residing here, tourists and the top 20% of households.

So yes, despite how painful GST is for poor folks like us, those people living in Bukit Timah and Orchard Road contribute most to the GST Collection.

You may think that’s high, but that’s just about 15% of all the revenue collected in a year, which is about $74.7 billion if we don’t include the investment income

And the tax we collect the most? It’s not GST. It’s still corporate income taxes at $16.75 billion.

Before that, personal income taxes can be up to 40%, but the maximum now is 22%.

Back then, the Government wanted to shift the burden of the tax.

On the recommendation of the 1986 Economic Committee, the Government decided to work on a plan to shift from direct to indirect taxes to continue attracting investments and grow the economy.

GST is part of a larger tax restructuring exercise.

As Singapore grows, the burden of tax needs to shift if we want to continue attracting investments.

Such a broad-based tax will ensure the tax burden is evenly spread among the population, from the poor to the rich.

GST Hike over the years

In 2002, the Economic Review Committee urged the Government to increase GST further to bring in new investments into Singapore.

The committee also indicates that other countries are doing the same to reduce direct taxes to attract investments.

The GST was then increased to 5% by Jan 2004, and from July 2007, it was increased to 7% and has stayed that way until now. Each increment was cushioned with an offset package.

The next GST increase will take place before 2025 to 9%, so if you’ve anything you want to buy…buy them now.

GST in Other Countries

Things like ERP or COE are uniquely Singapore, but GST isn’t.

In other countries, they’ve GST too, though most would call them VAT: Value-Added Tax.

They’re usually very creative on how to implement VAT

For example, in Australia, the VAT is 10% but it does not apply to the purchase of essential items like fresh food, education, and health services, certain medical product.

In the UK, the VAT is at a whopping 20%, but there would be some goods and service at 5% and some won’t be taxed at all.

If you can tell, the idea of being “creative” is to ensure that essential items are still affordable for the low-income people, and in Singapore, the “creative way” is through the GST Voucher Scheme, of course.

By law, businesses must always include the GST price in the price tag.

This is applies to GST-registered businesses AKA businesses that have a taxable turnover of more than a million dollars a year.

They can show two prices: one without GST and one with GST, and if they want to do that, the one with GST must be bigger.

They also can’t write in a small line “Price is exclusive of GST”.

In short, if you are bargaining for the price of a shoe at Queensway Shopping Centre, the salesperson can only tell you the discounted price with GST.

If the business is caught not disclosing the price inclusive of GST, they’ll be fined up to $5,000.

If a restaurant doesn’t charge a service fee, the prices on the menu are final.

Otherwise, there will either be a line that says service charge and GST will be added to the bill or the “++” sign will be included.

The “++” is not to say that you’ll pay more, but each + means something: 1 plus is the service charge and the other is the GST.

This exception is allowed because it’s quite difficult to calculate the final bill with the service charge since every customer has a different order.

Why GST Need to be Increased

The main reason is that expenses in Singapore are going to increase in the future, primarily healthcare and education.

According to DPM Heng, he said back in 2018 that “even after exploring various options to manage our future expenditures through prudent spending, saving and borrowing for infrastructure, there is still a gap”

Unlike businesses that can come out with new markets or new products to increase revenue, countries can’t do that.

Thus, the solution is to increase the GST.

With that, here are 10 facts about GST that you should know.

Since things are changing so quickly, we would recommend you to check out the latest updates on GST from the IRAS website.