Watch this to the end to know more about the consequences of our “unfriendly actions”: 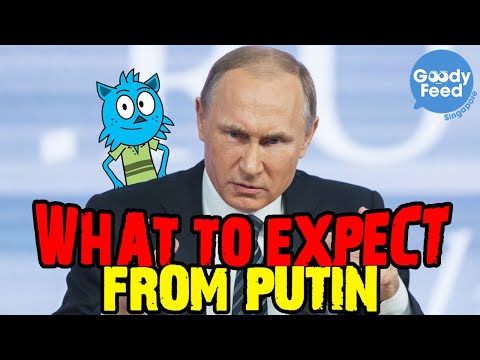 Well, if you’ve had any doubts before, it’s all cleared away with the Russian ambassador to Singapore’s response.

This move, he said, would affect bilateral ties as well as the strengthening of “regional cooperation”.

Singapore is the only country in Southeast Asia to join the west in imposing sanctions against Russia for its invasion of Ukraine.

The nation should focus on issues that affect the region directly instead of something so far away from the nation’s agenda, he added.

What would be the consequences of Singapore’s actions?

For one, the political relationship between Singapore and Russia would be placed under “special monitoring”, the ambassador says.

He added that any economic deals between the two nations would only be allowed under “very severe supervision” by the Russian government.

Previously, when Singapore was added to the list of countries that have committed “unfriendly actions” against Russia, it was mentioned that any corporate deals with companies or individuals from Singapore would need to go through the Russian government.

It Has To Be Done

For Singapore, proactively imposing sanctions before any resolution was passed in the United Nations was a first, but necessary, step in the eyes of the government.

During a parliament speech on 28 February, Foreign Minister Vivian Balakrishnan explains why Singapore is taking action against Russia’s invasion:

“We cannot accept one country attacking another without justification arguing that its independence was the result of ‘historical errors and crazy decisions’. Such a rationale would go against the internationally recognised legitimacy and territorial integrity of many countries, including Singapore.

“Therefore, a strong stance was necessary, and it was justly served, regardless of the consequences.”

Half The World Voted Against The Resolution

On 1 Mar 2022, Singapore was one of 141 nations that voted for the resolution condemning Russian leader Vladimir Putin’s decision to invade Ukraine.

However, the Russian ambassador does not see it that way.

He pointed out that China and India, two nations with the highest populations globally, had abstained from voting.

This means that “half of the world” had not voted for the resolution.

“If you would take a closer look at the outcomes of the recent voting in the UNGA, you could easily see that it is not an isolation. If you’re interested in numbers, more than 50 per cent of the global population voted against (the resolution).”

I guess at the end of the day, it’s all about perspective.

Feature Image: Diplomacy & Beyond Plus