Singapore might be a metropolitan city but even our little island has pockets of wildlife within our tall skyscrapers.

Don’t be fooled by their cute appearance. They’re dangerous as heck, as the man at Hillview Road will tell you.

Back then, the wild boar was suspected to have come from the jungles along Hillview Avenue.

Read Also: 10 Facts About SGInstaBabes, The Influencers Platform That S’poreans Might Not Know About

This time at Punggol.

Pregnant Woman Attacked By Wild Boar From Behind

On 28 Aug, a pregnant woman in her 30s was attacked by a wild boar near Punggol Secondary School.

The woman, who is an administrative employee of the school, was walking towards the school from the bus stop.

It was then that the wild boar, estimated to weigh around 40kg attacked her.

A cyclist who was passing by immediately came to her defence, using his bike to fend the wild boar off.

The woman was left with deep cuts on her right calf and suffered many bite marks. She was later sent to Khoo Teck Puat Hospital where she had to undergo a surgery.

Luckily, it was reported that both the baby and mother are safe.

When netizens speculated if it was the woman’s fault for provoking the wild boar (I mean, c’mon guys, what happened to sympathy, empathy and all that jazz?), her husband denied the claims.

“The wild boar suddenly attacked her from behind,” he said.

Then, the wild boar ran into a nearby executive condominium, Waterbay

A vigilant security guard at the executive condominium, Mr Yang, saw the wild boar run into the premises.

At first, he thought it was a dog. After discovering that it was a wild boar, he notified the condominium management immediately.

Afraid that the wild boar will run wild within the premises and injure other people, Mr Yang ran to the security room and close the rubbish bay doors to trap it. 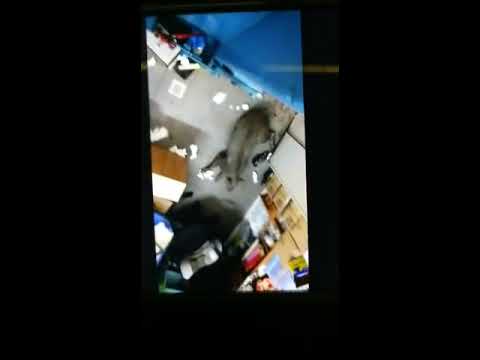 Then, he called the police.

Finally, at 8.10 pm, the animal was sedated and brought to the Lorong Halus area by personnel from the Animal Concerns Research and Education Society (Acres).

Possible Reasons Why This Incident Occurred

One speculation is that many natural habitats in Punggol were cleared to make way for housing development. Forcing wildlife to lose their homes and wander around to forage for food.

Desperate animals who need food will wander through places where they used to look for food.

It doesn’t help that Punggol doesn’t have a “green corridor” that allow the animals to travel around without encountering humans.

(Article continues below) Do you know that during the Hungry Ghost Month, you shouldn’t lean on the wall or talk to yourself? Here’s a video on the list of taboos you probably didn’t know about: if you don’t want any unwanted visitors today, you’d better watch it! 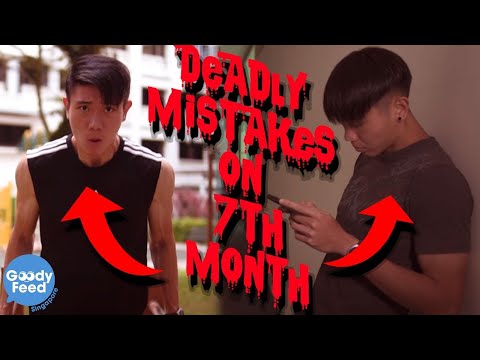 So What Should You Do If You Ever Meet a Wild Boar?

Here are a couple of tips if you ever meet a wild boar of your own in the wilds of Singapore:

Yah, so it’s not like the wild boars you see during NS.

So if you’re staying or working near forested areas, stay vigilant, people.