Why Does my Girlfriend Bite Me? 7 Reasons Why Girlfriends Bite Their Boyfriends

Females have always been associated with feline behaviour – purring, scratching, mood swings to name a few. Or in this case, a girlfriend who bites you all the time.

And they can be crazy if they need to, like this: 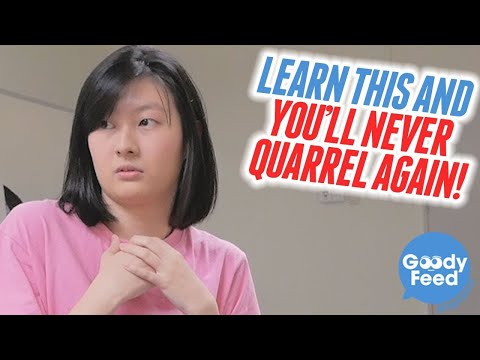 Their most powerful weapon in this case would be their bite, and while a lioness’s bite may seem barbaric and horrifying, a little nibble can sometimes be extremely appealing, though you’d wonder, “Why does my girlfriend bite me?”

So, what does biting mean in a relationship? Why do girls bite?

Well, for a start, even girls themselves have been asking this question: “Why do i want to bite my boyfriend?”

Here are some reasons why a lady bites, and why she would make a great girlfriend.

It’s a sign of intimacy
Just like males whom like to smack or punch each other from time to time as a sign of brotherhood, ladies like to make their mark with their teeth to prove and show affection. It feels good, too. Don’t deny it.

You’ll ooze sex appeal
And after that mark is made, especially on your neck or face, your colleagues are going to see it but not say anything, while your friends will tease you about it. You can now proceed to infer that there are further bites where they can’t see and feel like an absolute stud.

Actions speak louder than words
You know you’ve got a great girlfriend who walks the talk. Saying sweet nothings is easy (men know this too), but taking action is another thing altogether. A girlfriend who bites is using a bit of offense as cover for her affection, because she doesn’t want to say it; she wants to do it and show it.

She actually needs you a lot
When human beings are babies, the way we suckle is very much like biting – our basic reliance on our mothers for food. You could say that biting is a way of showing reliance on someone, so you girlfriend really needs you – and that makes any man feel good.

She wants you a lot
Biting is one of the most powerful force generated from our bodies. If she wants to cling on to you THAT bad, you can be sure she loves you quite a bit.

You know you taste good
If you weren’t delicious enough, your girlfriend wouldn’t put her mouth anywhere near you. You can be damn sure that you’ve got the goods, or in this case taste, that ladies fall for. Either that or you’re made of chocolate.

However, if you find yourself with missing chunks of flesh, kindly contact the nearest hospital and IMH.

In the meantime, since you’re only here because you’re attached, do watch this love story to the end and you’d thank us later: