NASA Just Photographed a ‘Cave Entry’ on Mars That Looks Like It’s Made by...

Do you know how crocodiles kill?

They grasp onto their prey with their teeth, then turn around and around repeatedly with their prey clutched between their teeth. They repeat this process until the animal is subdued, the method of killing earning the dub “death ballet”. 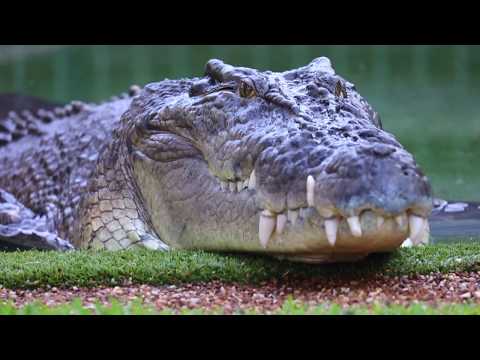 It was spotted at the straits between Singapore and Malaysia, near the Sunglei Buloh Nature Reserve.

Its massive size is truly astounding as it glides through the river gracefully – truly an entity to be marvelled at.

It can be identified as a saltwater (estuarine) crocodile, which is an apex predator. According to NParks, it usually likes basking in the sun (probably because it’s cold-blooded), or floating on water, with its eyes and snout poking out of the surface (like in this video).

Normally, saltwater crocodiles can go up to 5 metres, and they’re known for one of the two crocodile species that are dangerous to humans and aggressive.

Sunglei Buloh Reserve has been the main site for crocodile sightings in Singapore for years. It’s important to remember to respect wildlife, and don’t go near them if you do actually spot them, just in case you get danced to death.