If you’re a fan of Jay Chou, listen up.

After a six-year wait, fans will finally be able to hear some of the Mandopop star’s new music in his new album, which will be released on 15 July this year.

Since releasing his 14th album titled Bedtime Stories in 2016, Jay Chou has not released any new albums.

And it seems like a new album’s not the only thing that Chou’s friends can look forward to catching, for he uploaded a mini-documentary on Sunday (19 June) night on his official YouTube channel. 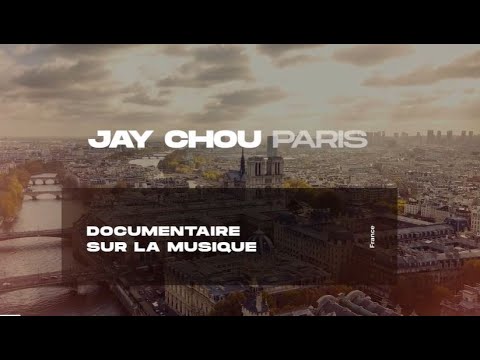 The 11-minute documentary featured footage of Chou, 43, and his team behind the scenes while filming and recording his new album in Paris.

He visited areas such as the well-known antique market located and Saint Ouen and the Palais Garnier opera house, all while bringing his fans with him through the camera’s lens.

And apart from the gorgeous scenery and commentary he offered, he also dropped several hints with regards to the songs in his upcoming album.

When looking through items on sale at a record stall, he said lightheartedly that he did not need the old songs since he is able to write his own old songs.

Upon seeing a microphone from the 1950s at another stall, Chou picked it up and mentioned that he would like to write an old song, which would make him need an old microphone.

Touching on the topic of technology, he added that even though songs can be adjusted via technology for them to sound “older”, old microphones are able to have the same effect in a more unique way.

Chou then proceeded to show himself playing an 1872 grand piano worth more than 1 million euros (approximately S$1.5 million).

He managed to compose a short tune while playing the piano, and hinted further that it “inspired him to write something very old”.

In another clip, he was filmed playing on a public piano that was located at the Gare du Nord train station.

Last but not least, the documentary also included scenes of Chou singing on the stairs at the Palais Garnier opera house.

Since the release of his mini-documentary, fans from all over the world have expressed their excitement at the upcoming release of Chou’s new album.

And this isn’t the first time that Chou has visited Paris to film a music video.

He also filmed one episode of J-Style Trip, his travel show on Netflix, in Paris.