It’s nearing the middle of April, which means that the trials for General Practitioner Jipson Quah, his assistant Thomas Chua, and the founder of the anti-vaccine group Healing the Divide have finally begun.

That being said, here’s a breakdown of the list of accusations laid upon him in court.

The Problems in His Practice

During the court hearings, it was said that Quah had administered a saline solution to approximately 15 people, and then recorded false vaccination statuses for them on the national registry.

Furthermore, Quah had also conducted at least 430 instances of remote pre-event testing (PET) through Zoom calls over 15 days last December, which was not allowed at that point in time.

Back then, the Omicron wave had yet to hit the shores of Singapore and the COVID-19 Protocols weren’t streamlined yet, which means that people had to conduct their PET or antigen rapid tests in the presence of a certified medical practitioner, whether it’s at a quick-testing centre or a government-partnered clinic.

Allegedly, the 33-year-old general practitioner charged a monthly subscription fee of S$125 for daily testing between December 2021 and January 2022, or $12 for a single test when it was deemed necessary.

These details were revealed in a report collated by the Singapore Medical Council (SMC) on 11 April.

With regards to the unsupervised PET, Quah had claimed that he “thought this was permitted”.

He may be ahead of his time in terms of changing policies, but it doesn’t change the fact that he took advantage of his position and a loophole to earn a hefty sum.

The investigations into Quah were initially triggered by a complaint that the SMC received from the Ministry of Health (MOH) about Quah administering saline solutions instead of the Sinopharm vaccine, before he allegedly recorded the false vaccination statuses on MOH’s National Immunisation Registry System.

The complaint was then referred to the interim order committee on 23 Jan, to determine whether Quah’s medical licence should be suspended or subjected to conditions or restrictions.

As of 23 March, the interim order committee declared that Quah’s registration has been suspended for the next eighteen months, which is the maximum amount of time a medicine licence can be suspended, or until the disciplinary proceedings have concluded.

Hence, the four clinics owned or managed by Quah were given notices of suspensions as well, and their approval to administer antigen rapid tests (ART) was revoked.

In their purview, the allegations that Quah has been charged with are of an “extremely serious nature”, and the consequences that it might have on the society if the allegations are proven true, more than justify the SMC’s decision to ban his medical practice.

It added that it was important to take this matter seriously to prevent public confidence in the COVID-19 testing system from being undermined.

Moreover, he was providing an avenue for the partially or unvaccinated group to escape the scrutiny of the government, when the government has been trying its best to ensure that the eligible population is fully vaccinated for the sake of public health.

This was layered with the note that the 15 patients who have the saline solution injections have yet to be identified, especially the three patients who had paid a grossly overstated amount.

The report found that Quah had charged all his patients the same fee, ranging between $50 and $100 for the vaccination, regardless of whether the vaccine was real.

“However, some patients subsequently offered an additional token through C (a freelance staff member of Quah) and so, there was no gross overcharging,” the report wrote.

Other Charges to Contend With

Apart from the SMC’s findings, Quah has to own up to another separate criminal charge of defrauding the MOH by falsely representing that a woman had received a Sinopharm vaccination when she didn’t, in order to acquire a certificate of vaccination against coronavirus.

The woman in question has been identified as Mehrajunnisha, and his assistant Thomas Chua Cheng Soon was also charged for abetting him in the crime.

Against the allegations of false representation and fake vaccine administering, Quah admitted to his offences, but not without putting up a protest in the form of pushing the blame to his patients.

He said, “I advised all the patients to take the vaccination, but these patients were genuinely distressed about the vaccination and adamantly refused – whereupon I acceded to their request then uploaded false vaccination status into the MOH’s National Immunisation Registry system. Admittedly, this was an error and lapse in judgement….”

His statement would definitely sound more convincing if he hadn’t profited so much from it.

Quah has also been charged with conspiring with Iris Koh between July 2021 and January 2022, of which investigations previously revealed that more than 18 members of Healing the Divide were “referred to” Quah by Koh.

For that particular argument, Quah lowered the accountability of his actions by stating that he had merely been following Koh’s orders, whereas Koh insisted that she had merely acted as the middleman to refer her members to Quah because she thought that his methods were legal.

However, since the false vaccinations and defrauding seem to take precedence in this case, the charge of conspiracy has yet to be fully addressed.

If you’re interested in full details of Jipson Quah’s misdeeds, you can watch the summary video below: 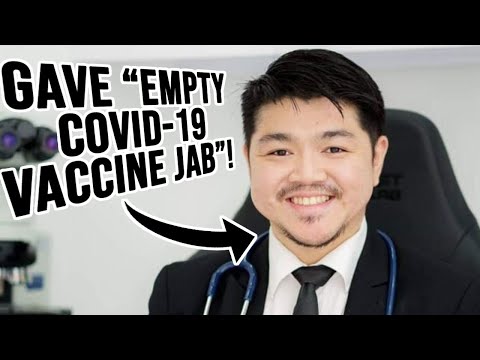