What was originally a 15-episode pilot season has been consolidated into approximately six hours of content, following a similar storyline—hence why it’s called a remake—but with a cultural twist that’s already evident in its title. 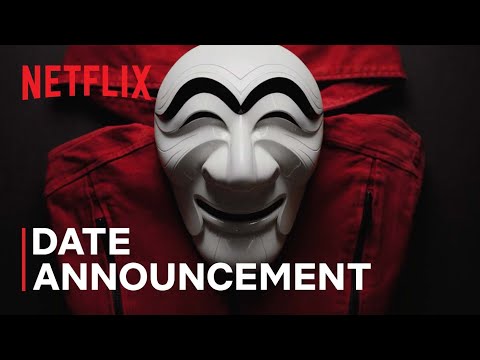 What Can We Expect?

According to Netflix, the backdrop of the series is a time where the two Koreas are on the verge of a peaceful reunification, hence creating this “Joint Economic Area”.

But in this open vacuum of possibilities in between, joined together by a new unified currency, the Professor gathers a gang of professional thieves to steal the currency straight from the mint.

It’s bold and ambitious, but everything we expect from the classic Money Heist.

The main director of the new series is Kim Hong-sun, who previously helmed critically acclaimed Korean dramas such as The Guest, Voice, and Black.

Joining him on the screenwriting crew is Ryu Yong-Jae, who seems to be in her element with Psychopath Diary and My Holo Love tucked in her portfolio.

Better yet, the Creator and Executive Producer of the original Spanish series, Álex Pina, is working as an executive producer as well, which is almost a stamp of guarantee that the very quintessence of the show is preserved, even if it’s in a different language.

Art can transcend the boundaries of language after all.

In an interview with Deadline Report, Mr Pina voiced his delight about being able to adapt the Spanish hit-series on Korean grounds.

He’s also fascinated by how Korean creators have somehow created their own language and audio-visual culture over the years that manages to go beyond cultural borders—like the Oscar-winning Parasite or Train to Busan—and he sees the Korean adaptation as a milestone.

True to the Spanish series, the characters will be keeping their original names, even if the faces are different.

The Professor and mastermind of heists is portrayed by Yoo Ji-tae, who previously acted in Mad Dog.

The right-hand man to the Professor, Berlin, is played by Park Hae-soo, the protagonist of Squid Game.

The troublemaker Tokyo will be taken on by Jun Jong-Seo from Burning.

Meanwhile, Lee Won-Jong will act as the bank robber and father figure, Moscow.

Denver, Moscow’s son, is played by Kim Ji-hoon from Flower Of Evil.

Rounding off the family dynamics is the single mother Nairobi, who is portrayed by model and actress Jang Yoon-ju.

The last pair of brothers in the gang, Helsinki and Oslo, will be played by Kim Ji-Hun and Lee Kyu-Ho respectively.

The two main hostages will be Park Myung-hoon (Parasite) as Cho Young-min and Lee Joo-bin (Find Me In Your Memory) as Youn Misun.

The taskforce that will be leading the investigation into this group of marauders are none other than Kim Yunjin from Lost and Kim Sung-O from A Korean Odyssey.

They have been casted as Seon Woo-jin and Cho Moo-hyuk respectively.

Just looking at the cast list alone is seriously impressive.

However, while the names have remained the same, Actress Jun Jong-Seo divulged to Dazed Korea in an interview that the characters will have their own distinct personalities.

Finer Details from the Trailer

Straight off the bat, we can see that the iconic Salvador Dali mask has been replaced with a traditional Hahoe mask instead.

We can imagine that’s just the first of many changes.

Like every good crime-thriller though, both of the released trailers are purposefully vague.

We can the contours of the gang’s masks as the Professor monologues in the background to ominous music, but it’s no less suspenseful as he promises that it will be a spectacular heist that can “change the world and even become a hero”.

We see hints of the large grey vault, the cocking of weapons, and the uniforms that the thieves will wear.

The trailer breaks the fourth wall briefly, stating that it will be the “greatest show on earth live”.

Money Heist: Korea – Joint Economic Area will be available on Netflix on 24 June.