Before circuit breaker, every day was just a rush to school. There wasn’t much time to eat breakfast, given how I’m always snoozing my alarm clock away to catch more sleep.

However, ever since circuit breaker, breakfast became a routine for me. There was more time for me to wake up and have breakfast at home. After all, there was nowhere else I have to rush to.

Reader: So what breakfast do you eat every day, writer?

Glad you asked, reader. Cereals, of course. What is breakfast without some good’O cereals?

Reader: I love cereals too! But I always struggle with sealing the cereal box. It’s so troublesome.

That’s why I’m here today, reader. Not just to share the story of why I started eating breakfast, but to share how to seal an opened cereal box properly.

A kind person on Facebook had shared the proper way to close a cereal box on 10 May 2020.

According to the Facebook user Becky Holden McGhee, it took her 40 years to figure the correct way to do so.

This method takes just seconds to transform your ugly torn boxes into aesthetically pleasing ones.

No more dried up cereals and no more messy cupboards after you learn of this trick.

Firstly, you fold in the two small flaps at the side into the cereal box.

Next, you fold one side of the longer flap into the cereal box as well.

Subsequently, fold the side of the small flaps in, where the middle is pointed into the box. Repeat on both sides. It creates a triangle, and it brings the two long sides of the flap together.

Finally, you fold the remaining long side of the flap into the cereal box. And you’re done!

Look at how neat these are in the cupboards.

Of course, this can’t be done if the cereal box is still too full. So make sure there is enough space at the top for the box to be folded.

It’s unknown if the boxes were designed for this, but hey: even if it’s not, it’s still a useful hack, isn’t it?

Try this out and spread the word to save more lives yeah?

To watch more lifehacks, here’s one on how to control others: 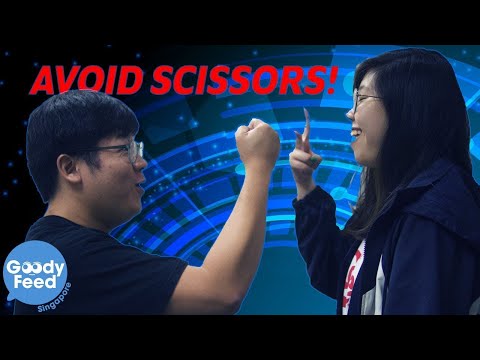 (Do check out our YouTube channel for more informative and entertaining videos!)