In case you are still unaware, Titus Low Kaide, a 22-year-old OnlyFans Singaporean creator, was charged with two counts of transmitting obscene material by electronic means in court on 30 December 2021.

After the court hearings, he announced that he was going to explain the entire situation in a YouTube video but backed out later on an Instagram story, stating that he would be going on a break on social media.

Yesterday (6 Jan), Low still kept true to his promise and uploaded a video to reveal his side of the entire ordeal.

It should come as little surprise that Titus Low’s reasoning for beginning his OnlyFans account was built on the need to financially sustain himself.

In his YouTube video, he explained that “[from] a very young age, [I] was growing up in a broken family because my parents were separated, so I always wanted an independent lifestyle and support myself.”

Hence, at the young age of nineteen, he decided to strike out on his own and leave home, choosing to be broke rather than be financially dependent on his family.

But unlike most success stories, he had struggled to eke out a livelihood, and it was only when he started an OnlyFans account and produced explicit material to garner a fanbase that things started to turn for the better.

“I started making more money to support myself and got my own place. I could say that I finally stood up on my own,” Low stated in his video, sounding exhausted and weary despite what he had accomplished.

Perhaps, it is this solemn statement that he made at the end of that segment that struck the loudest common chord among his viewers.

Sometimes, you really can’t blame a man for doing what is necessary, even though his choices skirted the moral greys of the law.

He even admits that if he could rewind time, he would have chosen “to become more tech savvy and have a more sustainable lifestyle.” But he confesses that he was young and inexperienced, merely wishing to live the life he wanted, uncaring of the consequences that he was due to pay now.

The Murky and Troubled Waters

Besides the impending legal case, Low also mentioned that he had been struggling with anxiety and adjustment disorder, especially after his OnlyFans content was leaked into other unregulated sites around July 2021.

The subsequent visits from the police, where he had his electronic items and OnlyFans accounts confiscated, didn’t help matters for the 22-year-old man either, since it left him worrying about his future expenses because OnlyFans was his main source of income, and it also left him without a means to contact anyone for the time being.

His desperation was only worsened by the fact that from 11 Nov to 28 Dec, he had been kept in the dark about the investigation details and proceedings, even though he had made numerous inquiries to his investigative officer in between.

Low was then told on 28 Dec that he had to go down to the police office the next day, which he did.

On 29 Dec, around 12pm, he arrived and was interrogated for an hour or so, before the police told him that he was going to be arrested. Low had been completely taken off guard, for he had been under the assumption that the case would simply end with that visit, and his confiscated items would be returned.

By the time he was bailed out for $5,000 on the same day at 6pm, he was due for court hearings in a few hours the next morning.

In his words, the entire experience of being locked up had been “traumatic”, since he felt all alone, like no one was going to help him, and he wondered how he was going to face the world.

His worst fears came true too: when he came out of the district court, his name had made the headlines of articles, his sins displayed for everyone to criticise, while he was still struggling with his imminent reality.

Admittedly, Low doesn’t exactly apologise for his actions on OnlyFans.

He states that everything created and watched on OnlyFans was done on the basis of mutual consent; the OnlyFans’ sexual community in general were creating specific content for a specific audience their age, who had every right to choose not to pay or watch their content, should they find it offensive.

OnlyFans is a subscription-based social media platform where users can sell and/or purchase content.

Any Not-Safe-For-Work (NSFW) content uploaded on OnlyFans is protected behind a paywall, via a $4.99 to $9.99 subscription fee per month.

To a certain extent, it does block out minors who aren’t allowed to apply for their credit cards until they are 18 years old, and even at that age, they either require a co-signer or a proof of income to obtain a card.

Alas, the pretext of “mutual consent” does not circumvent Section 292a of the Penal Code, which prohibits any selling, distributing or transmitting any obscene material by electronic means.

The laws are still written in black and white.

Titus Low will still have to answer for his crimes.

He might not be only Singaporean OnlyFans user uploading obscene material, but I can definitively say that the Chinese idiom “killing the chicken to scare off the monkeys” fits his current situation best.

Nevertheless, Low has agreed to go through the whole process of law and will be cooperating with the authorities. All he wishes for, right now, is to have his life back.

He thanks his fans for their support, and those that have spoken out for him. 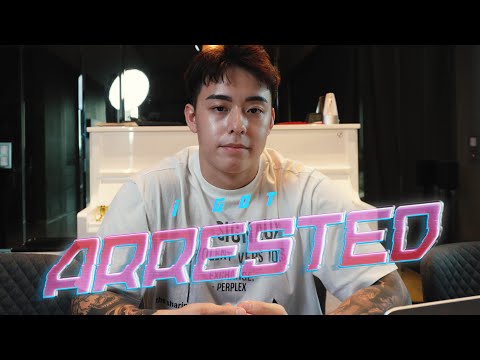