I’m sure everyone is thinking: why would an animated Pixar film be rated NC16? After all, it’s made for kids, right?

Ah, but Singapore’s government doesn’t think that a same-sex kiss is kid-friendly. So if you’re not yet 16… sorry, you can’t watch the kid movie Lightyear, as absurd as it may sound.

NC16 In Singapore, Not Playing in 14 Countries

Everyone knows the toy space explorer Buzz Lightyear in the Toy Story universe, with the spin-off Lightyear being about the titular character and his journey.

In this film, Buzz’s close friend, a female space ranger, marries another woman. In a scene that shows milestones in the couple’s relationship, a brief kiss between the couple is included.

Because of this same-sex kiss, the film will not be allowed to play in 14 Asian and Middle-Eastern countries. These include Malaysia, Indonesia, and the United Arab Emirates.

In Singapore, it received an NC16 rating from the Infocomm Media Development Authority. This is the highest rating ever given for a film by Pixar animation studio.

It will be showing in cinemas from 16 June.

Actors and Disney Defending Decision to Not Cut Scene Away

American actor Chris Evans, who played Marvel’s Captain America, is the voice actor for Buzz Lightyear. In response to questions about this scene, Evans said that films should “absorb the times and reflect it”.

He added that “the audience doesn’t come to see you, they come to see themselves”, which is a quote by actress Julianne Moore. Evans said that it was the right move to have these kinds of diversity represented on screen.

He said that he was very happy with how same-sex couples are depicted in the film and that it wasn’t a token portrayal.

Reuters also reported that authorities in China asked for cuts to the movie, which Disney has since declined to make. This probably means that the movie will not be shown in China, since they have always been adamant about rejecting on-screen representations of homosexuality.

Speaking to Reuters, the producer Galyn Susman said, “We’re not going to cut out anything, especially something as important as the loving and inspirational relationship that shows Buzz what he’s missing by the choices that he’s making, so that’s not getting cut.”

You can watch the trailer for Lightyear here: 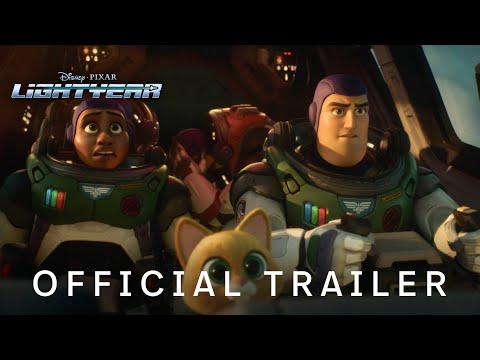