Here’s Who Raymond, The Latest TikTok Star, is & What The Song is All About

From heartwarming advice videos on how to get through heartbreak to random snippets that exude peak Vine energy (good times), we know anything and everything can be pretty much found on TikTok.

Meet Raymond or otherwise known as @raymondl88 with about 17.5k followers to date on his TikTok account.

What fans know about Raymond is best encapsulated by his short but truthful TikTok bio: “Thanks for meeting. Be happy.”

And happy indeed are his fans as they take their chance to dance with Raymond in various locations around Singapore.

Fans range from animated teens who are still in school to more notable online celebrities such as Nadia Ongkowidjaja of SGAG and comedian Royce Lee who has performed the same dance routine on their accounts.

According to Youthopia, Raymond started his dancing routine three months ago out of boredom.

“But now with the mask mandate being lifted, I thought it would be a good opportunity to go out and dance to make people happy.”

Raymond also did it to make new friends.

The Song that Started It All

The most prominent track that is constantly used by Raymond in his dance videos is a track titled Century of Solitude in Chinese.

(Yes, I’m referring to the song that you keep hearing on repeat in almost all of his videos.)

The song featured in Raymond’s dance videos is a remix of the original song sung by Hong Kong artiste, Faye Wong, which you can listen to here: 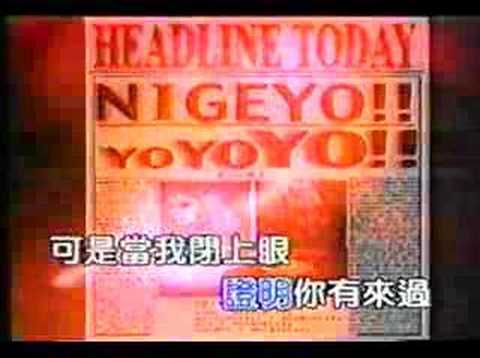 (I can guarantee you, it’s a completely different vibe from the remixed version used in Raymond’s videos)

If you were wondering what the artiste is singing about, they are essentially saying times change, people change, and nothing is ever going to stay constant except for sadness.

Cheery thoughts, am I right?

So the remixed version of this original song was made available when another user made the track available for use via TikTok. You can see (or hear) the original video with the track that is used by Raymond in his dance routine videos here:

Even though the remixed version of Century of Solitude remains the most prominent track in Raymond’s page, it’s not the only song he has attempted to do a dance routine to.

Though not as popular, other tracks include a soundtrack from the drama-romance film, Farewell My Concubine, which came out in 1993:

(Definitely a more relaxed version of the other dance routine.)

If you wish to get your own shot at shooting a dance video with Raymond, you can look out for him by keeping track of his pinned comments in his TikTok videos where he will share the timings he’d appear at certain MRT stations.

Why NSFs & Regulars Can Keep Their Pink NRIC Now
01:42