10 Types of Annoying Colleagues We Love to Hate

NASA Just Photographed a ‘Cave Entry’ on Mars That Looks Like It’s Made by...

Work is just like your second home. In fact, you probably spend more time at work than at home. Unless you’re a boss on your own, you have to work for other people, with other people.

This is where the insanity level increases. When you spend too much time with the same group of people, their quirks and behaviours just get to you. Remember that female colleague who won’t stop talking about her latest handbag? Urgh. We know how that feels. We really do.

Which is why we tried to classify these 10 types of colleagues we  just have to live with. *Cries in inaudible words*

This one. THIS ONE. We are all-too-familiar with the complainer. I swear you can even hear their complaints miles away even before you step into the office. The aircon isn’t cold enough? OK, bruh. Go adjust it yourself.

Ah, the boss’ pet – the first one to say yes to whatever the boss says. Colleagues like these never fail to try hard in order to get into boss’s good books. Except for very rare cases, boot-lickers are generally disliked by the rest of the company’s working population; they make the rest look bad. period.

The gossip mongers are one of the most interesting groups of people in the office. They are brilliant at exchanging information, their speed is faster than sending a text message, and their signal is probably better than my WiFi at home. While it is fun to join in once in a while to get the scoop on the latest news, you gotta admit that you just have to take it with a pinch of salt.

Being confident is one thing. Being a know-it-all is another. we all know just how high of an IQ you have. Yes, we do. You don’t have to brag it in front of us 24/7, 5 days a week.

As much as they annoy the hell out of us, we gotta admit just how boring the office would be without the pranksters around. Had a bad day? No worries. They’ll cheer you up in a second. Except… They might annoy you even more on your bad days. Oops.

What’s known as the “gung-ho” one is what we call the overly enthusiastic or eager colleagues. They are highly motivated and passionate about anything and everything. Sometimes too passionate. Then we get a ball of energy running around the office, toppling things over and rushing into projects and meetings.

She will turn anything and everything into a big news. She just accidentally spilt water on her desk and it didn’t even touch her documents. Now she is crying over spilt water. Oh my gawd.

Does this sound familiar? The one colleague that just loves to get up close and personal with you. Literally. They sit so near you in meetings, you barely have any oxygen to breathe. They sit at your desk, takes your stapler without your permission and steals your food like they are your bestie.

There are the know-it-alls, and then there are the blur sotongs too. They are so clueless about anything and everything, you’d wonder how they even managef to make their way to the office without getting lost.

Ah, the classic frenemy. Your rival, your fellow competitor to get that bonus pay, to get that appraisal from the boss. No doubt he/she is friendly with you. But deep down, you know just how much competition there is between the both of you. Intense.

Since you’re here, why not check out Goody Feed’s YouTube videos as well? They’re so Singaporean, I bet you’ll like them! 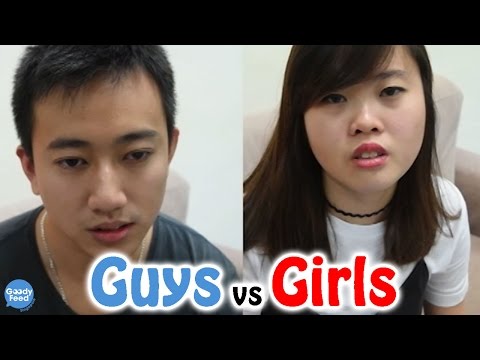