Tan Chuan-Jin: COP Will Be Presenting Findings & Recommendations to Parliament in Due Course

The Raeesah Khan Tell The Truth: Khan or Khannot series has a new episode coming soon, with the trailer in the form of a blog post by Speaker of Parliament Tan Chuan Jin on Monday (3 January).

Committee of Privileges’ Findings and Recommendations to be Presented Soon

In a lengthy blog post that looked back on the Parliament’s progress in 2021, Mr Tan gave us the newest update on the Raeesah Khan case. If you weren’t caught up on it, you can find the details of her new hearing here, or watch this video to the end: 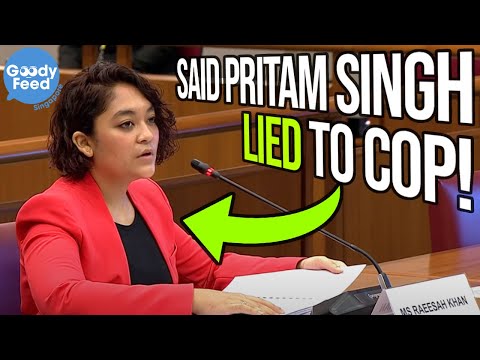 He reaffirmed that the Committee of Privileges (COP) was investigating Ms Khan’s breach of parliamentary privilege seriously, and that MPs will continue to use the privilege given to them responsibly.

He further shared that the COP will be presenting their findings and recommendations to the Parliament through a report soon. This might be the season finale of Khan or Khannot.

2021 was a Year of Change and New Milestones for Parliament

Apart from the update of Ms Khan’s case, Mr Tan shared more about how 2021 marked new changes to the way Parliament was held, due to the COVID-19 pandemic.

The House adopted safe management measures, with MPs practising safe-distanced seating and testing themselves using rapid test kits before Sittings. They also started to speak behind glass screens and adopted regular sanitisation of the speaking area.

Parliament Sittings were also live-streamed starting from January 2021, where the public could watch their favourite MPs debating in real-time.

Yes, I will always remember the fan-cams of MP Jamus Lim trending on Twitter during the General Elections. No, I won’t judge if you want to treat your MPs like your K-Pop Oppas. Weirder things have been done.

The Parliament also hit a new milestone, setting the record for the longest sitting ever: 13.5 hours. The debate on Singapore’s foreign talent policy stretched from 11am on 14 September to 12.30am on 15 September!

The MPs raised and responded to 2,601 parliamentary questions over the year, and tabled 17 adjournment motions.

Adjournment motions allowed MPs to speak up to 20 minutes on topics they were passionate about, such as supporting local hawkers and raising awareness of mental health concerns.

Overall, the House passed 39 Bills and decided on 12 Substantive Motions. They also heard 11 Ministerial Statements on important public matters and debated 3 of those statements. These statistics certainly marked 2021 to be a busy year for Parliament!

The Parliament Mascot’s Rise to Fame?

Mr Tan also shared that the Singapore Parliament Secretariat continued their outreach efforts, helping the public to understand the procedures and processes of Parliament.

They saw great success in 2021, where their Instagram followers doubled from around 4,000 to 8,500. Their Facebook community also grew by a third to total around 13,700 followers.

The official Parliament mascot, Parley, also had his 15 minutes of fame in 2021! The public showered him with support after he appeared to cheer our Olympic athletes on in Tokyo. (By the way, you can get Parley merchandise by participating in the Parliament’s Instagram quizzes, and you can download his Whatsapp sticker pack here.)

Mr Tan ended off his post with confidence that the Parliament, Singapore and Singaporeans will “remain resilient, steadfast and united in our resolve to eventually emerge stronger together”.

Well said, Mr Tan. Perhaps this year will be the year that fan-cams of you will go viral instead.